Any one more news on this electric/hybrid car?
Looks Aston-Martin-isch from the rear…not a bad thing.
Front and 3/4 front…not that strong.
Dont like the grill solution.

Henrik Fisker was the design director for Aston Martin, where he was responsible for the Vantage and DB9.
Before that, he was at BMW, where he did the Z07 and Z8.
Its nice looking, and yes I agree the Aston flavor is pretty strong.
I can overlook that, given it’s origins.

Hate the grille, but I could live with it. I really like the car overall, and I really like their approach. Fisker has done a great job of leveraging suppliers and contract manufacturers to build a company without investing a ton of money in manufacturing facilities or engineering resources. Very smart. If this works, their business model could be the future of the auto industry. Fisker is like the small toothy mammal next to the absurd diplodocus that GM has become. Instead of a Big 3, we could have a Small 30. The guys who put their name on the badge provide the clever design (and target smaller niches), and the heavy manufacturing and core platform engineering is provided by behind the scenes guys like Valmet and Magna. It’s more like how the computer industry works.

In this view end color and that You, robin, mentioned that he did design for BMW. I can see soe
see some of the BMW flavor in it too.

The local dealer had a preproduction example in today. Beautiful, but startlingly huge. It’s pretty close to the size of an S Class Merc on the outside (wider actually), but the interior is tiny. Has a huge central tunnel running the full length of the cabin, so backseats are very cramped.

Really a stunning presence when you’re standing next to it, and some gorgeous interior detailing and finishes (didn’t take any pics in there).

One thing that looked a little weird is it has these huge wheels (22"!), and the brakes don’t even come close to filling them, despite being pretty huge themselves. But the grill, which looks kind of weird in photos, looks great in person.

I’m not exactly in the market for a $90k car right now, and if I were it would be an Evora, but this is very tempting. I would certainly take it over any of its obvious competitors (Panamera, 7 series, etc.). Unlike a Mercedes, this looked and felt like it was worth the $90k. 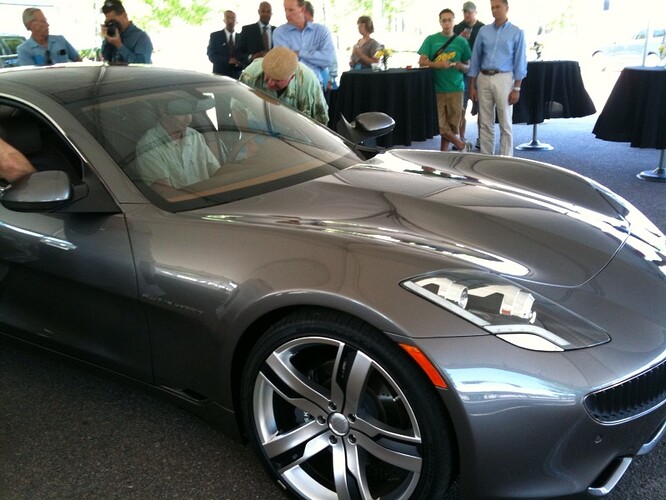 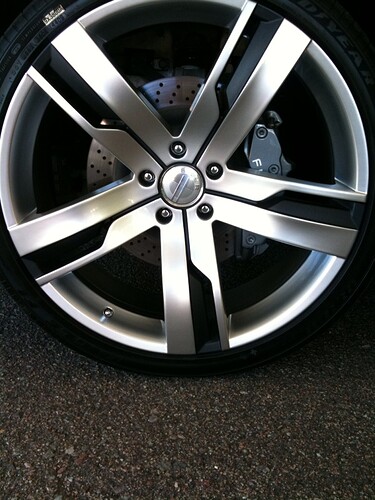 I guess the huge size comes from trying to stretch supecar proportions, whilst still giving some sort of interior space and four doors. I think it looks fantastic. Another four-door styled to embarrass the panamera

Would love to see more snapshots of what they have reached so far. The outtake above looks
like some details were polished since the IAA last September. Please post more…

Sorry, didn’t take any more pics. This was a complete preproduction car though. Even had backup sensors on the rear bumper.

Scott: Did you see the mechanics? The doubts I have with this Fiskar is that it is just a pretty picture. At least Tesla sub-contracted the chassis and production out to real experts (Lotus). Fiskar has, more of less, made BMW body-kits up til now.

I didn’t see mechanicals, but it was a runner. Looked like it had an aluminum chassis like the Elise / Tesla / Astons, all of which were done by Lotus (Holden Aluminum really, which was bought by Lotus a couple years ago). I wouldn’t be surprised if they did the chassis on the Fisker as well. Fisker’s business plan is pretty interesting- the entire engineering and manufacturing is being subbed out to OEMs. Car is being built by Valmet in Finland, who also make the Boxster / Cayman. I’m not sure how many engineers and designers are directly employed by Fisker, but I’d bet it’s not very many.

Found some pictures from somebody else. Same car, different dealer:
http://visualrenaissancegallery.com/Other/Fisker-Karma/12321980_ejy5o#879868061_2rBkf

I dig the steering wheel. I don’t think I’d seen the interior before. Very clean and striped down. Very opposite to the Volt or Prius, which both bash the driver over the head with their tech claims (mainly through their LCD displays).

Anyone recognize the steering wheel switch gear or air vents? They look like existing parts too.

I’ve always loved this car, I just wish it was 10-12% smaller, just scaled down. Those brakes look tiny in those huge wheels!

I have not seen it in person, but the sculpting, the 3 dimensional form development looks superb.

I’m pumped to see some progress with this car. The body of this car looks gorgeous, with more defined lines then many supercars. It would take some over-the-top massive brakes to fill those wheels, but I think those 22’s are essential in balancing the extreme proportions of the car.

Not a huge fan of the wood burl accents in the interior, or the color scheme necessarily, but still a beautiful car.

looking at the proportion more closely, the small interior does not surprise me. Look how much space there is behind the trailing edge of the front wheel to the front of the door. I’d guestimate there is more there than the z8, a 2 seater, pushing the cockpit far back, but the 22" rear wheels are going to push the rear seats forward, as does the sweeping roofline, much lower than say a mercedes CLS… the result, tight interior dimensions even on a large vehicle… but hell it sure is s3xy! I wouldn’t complain on a long drive, I’d just enjoy the fact I was in such a nice piece of sculpture. Ecco s3xy! 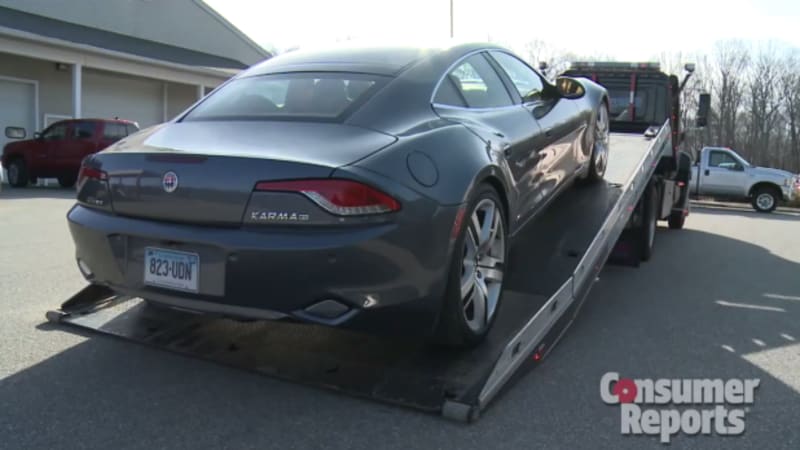 Like pretty much any driver, we've had our share of car trouble over the years, both with vehicles loaned to us for review by automakers and our own private rides. What we haven't experienced is being the first media outlet to plunk down over...

We buy about 80 cars a year and this is the first time in memory that we have had a car that is undriveable before it has finished our check-in process.

I’m so proud that a designer owned car company produces this. Wow. :~(

Ouch. Such a nice looking ride, too.

Quick delete this before anyone from the old thread, about Engineering vs Design, see this.

Most car companies have decades of experience building cars that were formerly much, much simpler. Trying to “start” a car company these days is probably more complex then building your own space shuttle.