I am in need of a little urgent help! Theres a new startup company that is interested in my work and they said they would like to speak with me about a backpack project. While I am super excited about the possible opportunity (being that I am a recent grad and this would be my first real world project undertaking

), I am also in need of some real help to approach this project the right way.

Mainly, I think I do have a good hold on the design end of things and for the most part am confident in my abilities to produce work that satisfies their requirements. However the areas I am somewhat lost in is the legal and relationship management departments. They said they have an NDA they could send me and the option of paying hourly or project based. So as the designer, what legal documents other than a well written/defined contract should I possess? Also most importantly, how would you describe a successful designer/client relationship from the get go?

Any advice on this would be really awesome,

Although i don’t have any direct experience in this, you may find the video below helpful. It explains the business relationship between designer and client clearly and in an entertaining way. 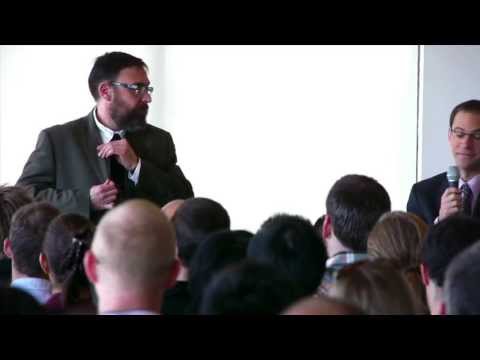 For the NDA, these tend to be boilerplate. It will say everything you do for these people is their’s and you can’t talk about it for 5 years. I signed those things left and right, never worried about them. Generally, they can be understood by a human, but if you must, hire a lawyer. I don’t think there is any need to do so.

You will need to write a proposal, either hourly or flat rate. I always did a flat rate. Write an objective - what is the project. Write your deliverables - what are they going to get. Write a timeline - when are they going to get it. Write a cost - either flat or hourly. Write terms - when are they going to pay you, I usually did half up front, half on completion, 2% net 10/net 30. The only other line you must have other than “thank you for the opportunity” in the proposal, is “Any change in scope will affect timing and cost.” You can have a lot of other legal stuff, but for 99% of the time, I personally don’t think there is a need.

You will need also to invoice them - Date/project name/invoice number/PO number (if they give you one)/list of deliverables completed for the invoice (the half up front is “Project Initiation”/EIN number (or SS#)/name/address/Thank You.

Thanks for the feedback everyone!

I did watch that video BUSHBY and he is pretty funny at some points. Some good information though nonetheless.

and iab, I will definitely take those things into consideration. About the proposal; from my understanding the client should give you the brief at the beginning of the project and then from there you would do initial research and present the proposal for how the project could be tackled? Or is this done differently on freelance projects? I guess essentially what i’m asking here is, should I have them define the project first in terms of how much time should be spent, what programs/mediums/equipment should be used, or anything project-wise? Or should it always be up to me to lay out the ground work first on what deliverables or anything else should be done and how they should be done? Or does it all just depend on the client?

Thanks again for the help and feedback!

I guess essentially what i’m asking here is, should I have them define the project first in terms of how much time should be spent, what programs/mediums/equipment should be used, or anything project-wise? Or should it always be up to me to lay out the ground work first on what deliverables or anything else should be done and how they should be done? Or does it all just depend on the client?

It does depend on the client. Some will be very clear on deliverables (I am), others, not so much.

But all of that is determined before the writing the proposal. Usually during a casual meeting with the client discussing want they want done. At one company I was with, this is where we would do the hard sell on customer research because that is the highest margin part of any project. Remember, you are a business, you have to do what’s best for you.

So when you are with your client discussing the potential project, just ask. Do they want research? Working prototypes? Pretty hard models? Sketch models? CAD? Computer renderings? Sketches? Bring samples to show if they don’t know what you are talking about.

As a rule of thumb, the first project is very formal and you will do a formal powerpoint presentation. By the tenth project, you may be showing sketches on napkins because they need 10 ideas really really fast.

But once the proposal is written, those are the terms. I stay pretty hardcore to them. Of course a client will ask for “extras” and your relationship with that client will determine how hard you hit them with “Any change in scope will affect timing and cost.” Also as a rule of thumb, I don’t nickel and dime a client unless they do it first.

I also like to spell out the deliverables. It helps to level set expectations.

True, so I guess as long as the communication is genuine and everything is clear from the get go and throughout I think I should be good. Still waiting to talk with them further about the overall outlines of the project and where it will go from here. Hopefully we can get the ball rolling and everything pans out well.