Fiat 500 in America - the disappointment

Great article on Ad Age about how to completely blow a wad of cash on advertising with poor results. Here is the auto bit though:

“I don’t think we have a car problem; people love the car,” said Olivier Francois, chief marketing officer and head of brand marketing communications for Fiat-Chrysler, speaking of the former brand. “I think we have an awareness problem.”

I agree. It’s a great car. The weird thing is, I see a ton in Montreal and Yo’s reported seeing many in the Bay area. Where aren’t they selling? 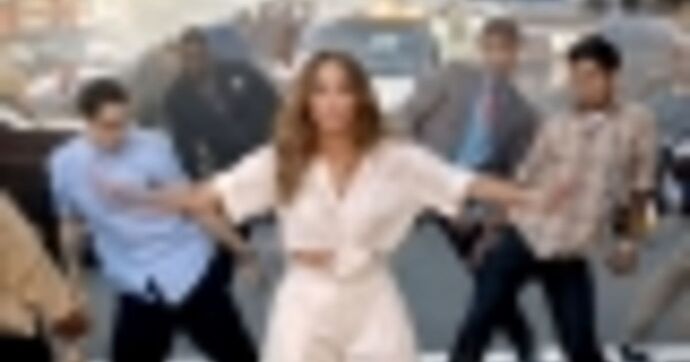 Fiat-Chrysler brand chief admits an 'awareness problem' but defends J. Lo as one way to fix it.

I’ve heard people make comparisons with the Fiat and Mini… small size, European, heritage brand… but I don’t think Fiat500 is as strong in the US public awareness as Mini. Correct me if I am wrong, but most of the people I know in the US would not recognize basic facts like that the original (or new) is a small compact, unless they were car afficianados or European. Maybe they would know the convertible though.

It might be because of films featuring the Mini, or maybe they marketed better, but I bet that plays a part in the sales.

I don’t think my mom would recognize this, but she’d probably recognize the old Mini (before the new one came out) 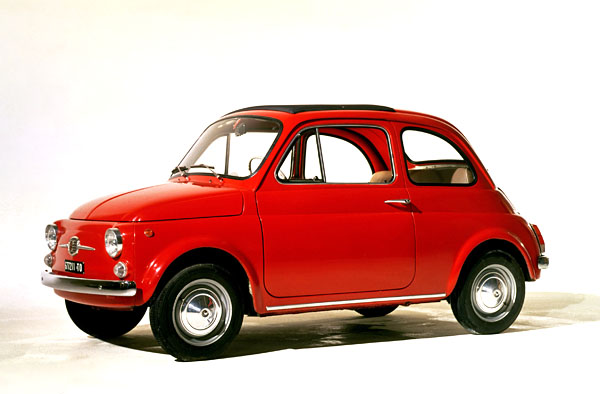 Fix It Again Tony.
*
That’s it. Case closed.
*
We’ll se if Francois can fix it.
In my opinion they should have skipped on bringing
back Fiat full volume and taken the current Alfa line-up,
stateside instead.

there’s a handful of them here in NYC. I can’t really see them getting sold outside of big cities though.

Get a better ad agency, and do a similar flood that Mini did when it relaunched- build up awareness in the media. Spend the money smarter, celebrities are expensive and a waste. The J-lo add was CRAP.

There are a lot in SF. I see them almost every day. That said, Mini’s ad campaigns are always pretty good to great, and I can’t even remember seeing a Fiat advert! They need to get the word out. I wouldn’t be surprised if most people who saw a 500 might think it is some kind of Mini now that there are more Mini variants! Which is a good strategy for Mini, essentially they own “small and cute” much more than the Bettle did because the bettle was a one off product. By Mini having a portfolio of product they dominate that segment of the market from a mindshare view point.

We’ll se if Francois can fix it.
In my opinion they should have skipped on bringing
back Fiat full volume and taken the current Alfa line-up,
stateside instead.

I think they are bringing the Alfa’s here. I was at some events a year ago in Michigan and they had a few Alfa’s and the Chrysler people said they where coming…

Mediocre dealer network combined with a car that IMO still isn’t as good as the Mini. Looks beautiful, but design still needs to get over the hurdle of reinventing a brand that’s been out of the US for 2+ decades.

The Fiat is about fashion, the mini is about driving.

Context: Fiat was gifted 5% of Chrysler by the US government for manufacturing the 500’s engine in the US (small, low emissions). The sales were secondary to that demand.

J-Lo ad: Wow, that was horrible. They were advertising a car there? Didn’t notice. The ads in Canada are complete garbage too. Forgetable. As Yo said, the Mini ads are always memorable.

Also though, is Hollywood. Didn’t the remake of the Italian job come out right when Mini launched? I don’t know what the equivalent would be for the 500, but they should have timed it with a film.

I think they are bringing the Alfa’s here. I was at some events a year ago in Michigan and they had a few Alfa’s and the Chrysler people said they where coming…

I see a few 500s daily in Boston.
Seems like sales of these things might pick up around graduation when parents are buying them for their kids that really wanted a mini instead.
I am happy to see that there are more interesting cars at the lower price point!

Will the majority of onlookers notice the pink ribbon as pink? To me it looks very close to the
red ribbon of the HIV campaign.

Lot’s of mixed signals going on here. Doesn’t put this edition the 500 even more into the
rainbow sector?

Just imagine someone like KR making something to stop starvation. My immediate reaction is, what’s his cut. I’d see it as a greenwashing or something like the buy pink crap to stop breast cancer campaign. Rampant consumerism is going to cure cancer? I don’t think so. I’m guessing those companies spent more on the ad campaign promoting themselves than they gave to cancer research.

Alan from Core77 had a great point in his IDSA speech about that type of stuff this year. Basically companies will tell you theyre “Stopping hunger” or “curing aids” etc, and when you read the fine print and do the math find out that they’re basically doing a maximum contribution of like $10k which you know is less than they paid the web design firm who built the site.

Fiat is either completely unknown in the US, or known only by people old enough to remember the rusty, unreliable cars they sold in the 70s. That’s going to take a lot of time and money to fix. Remember how much BMW spent on marketing the Mini launch? That campaign was far more visible than what Fiat has done. I remember those ads and they were half a decade ago,yet I can’t think of a single Fiat ad. And Mini wasn’t overcoming a strong negative past association. Almost nobody knew anything about the original Mini, or Austin, or Morris, or British Leyland, or Rover, etc.

The 500 is also not as unique as the Mini was 6 years ago- a premium European small car was a novelty then with no real competition. It isn’t now. And the economy sucks, with new car sales way, way down.

I don’t understand why any of this is a surprise to these guys.

Have you guys seen the ad with J-Lo singing and moving around? I almost turned the TV off it was so bad.

Fiat is either completely unknown in the US, or known only by people old enough to remember the rusty, unreliable cars they sold in the 70s. That’s going to take a lot of time and money to fix.

In 1975 I had a '72 124 Spyder convertible … DOHC, 5-speed, 4-wheel disc brakes, after-market Arbarth exhaust; it made great DOHC engine-noises (especially in tunnels).

I wouldn’t say it was unreliable … I’d just say dealer service was non-existent, and that I worked on it myself… a lot.

It was eye-candy at the time

It’s all relative. Fiats were probably no worse than most cars back then, but they’ve been absent since the early 80s. Imagine if the last Ford anyone could remember was the Fairmont, and the guys on Car Talk had been making fun of Fords for the last two decades. It would make selling the new Focus a lot harder.

Scott has a great point. In fact, I have a 1970 Road & Track comparison test of the Porsche 914, Fiat 124 spyder, MGB (I think it’s the B in 1970) and a Triumph TR6. The Fiat won by a handsome margin. The MG and Triumph were hampered by already ancient engine and suspension. The 914 was interesting, mid-engine with the targa top, but the Fiat was just miles away the best drive. Having said that, if the dealers are crap, it doesn’t matter how great the car is.

A more recent example is Subaru in New England v. Quebec. Subbie is huge in New England. Only a bit player in QC. It’s surprising because they are popular because of their ability in winter and the winter is longer and harsher in QC than New England. The answer is a pathetic dealer network with service that is known for being completely incompetent.

*
“FIAT return to the US a train wreck”

Interesting to see some sales numbers of the detroit iron, also.
Anyone knows where to find the whole data including the other
domestics and imports?

“Jeep has been the real winner”

Hahaha. I remember when people were saying that Jeep and Land Rover were dying. Idiots!