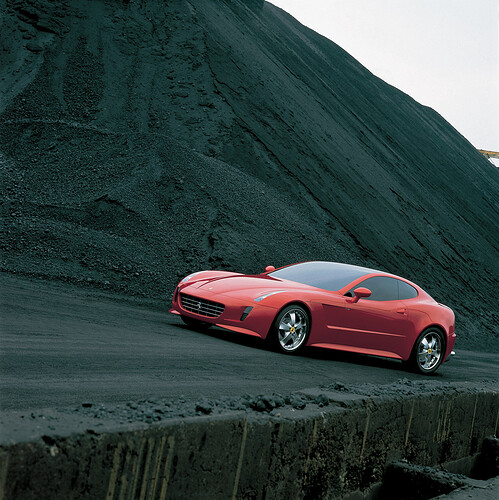 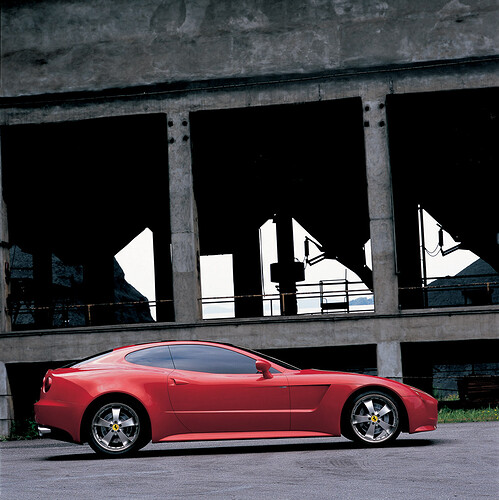 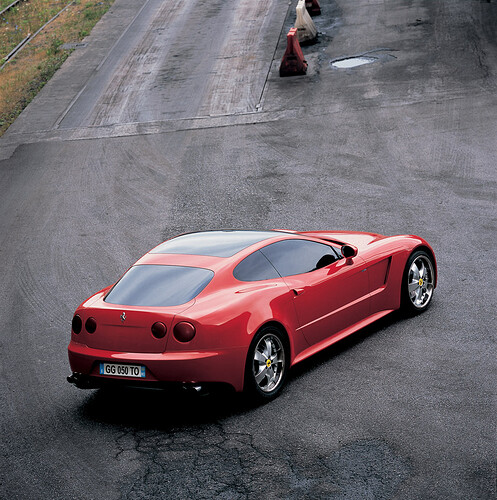 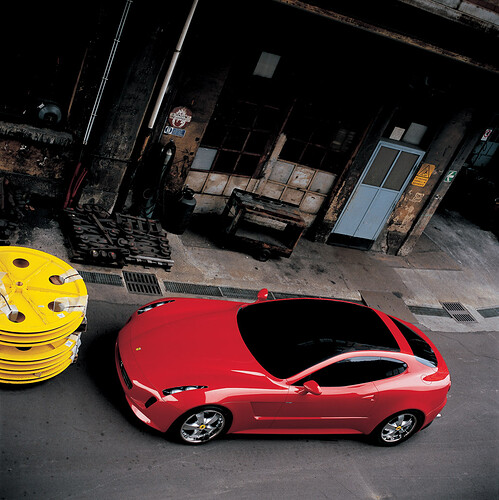 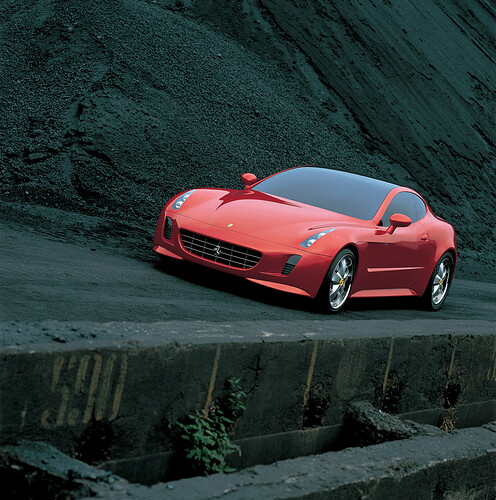 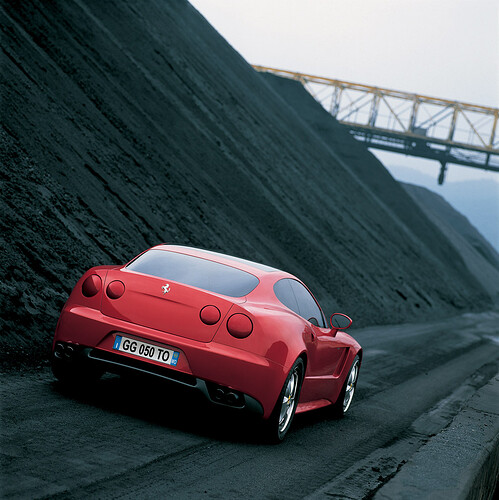 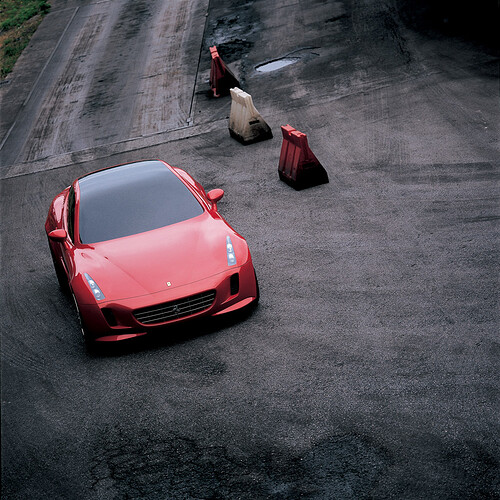 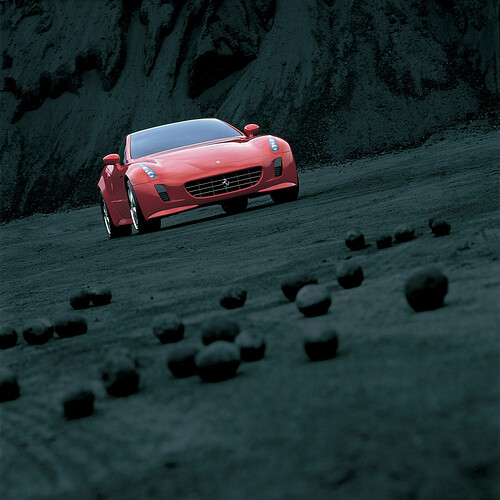 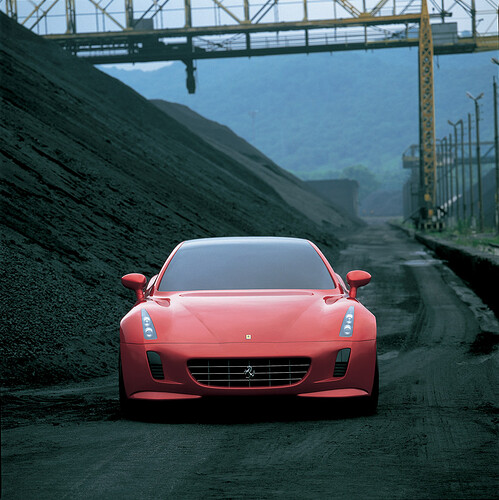 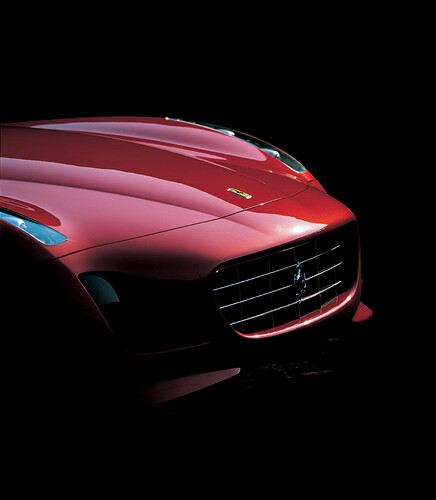 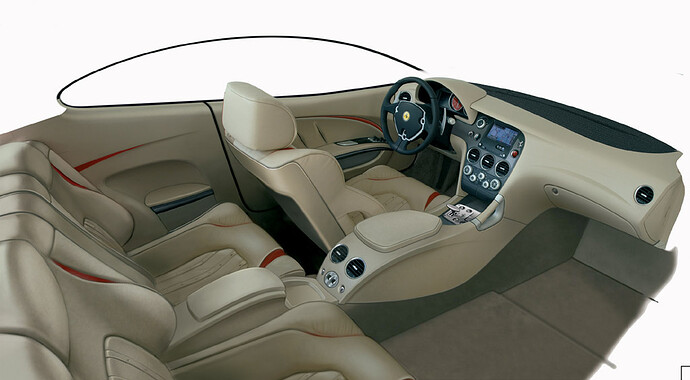 Here are a few pics of this new concept presented at Tokio Motor show…Giugiaro designed this 4 seater to celebrate the 50th anniversary of his activity. It is based on the same chassis of 612 Scaglietti.

Here in Italy Giorgio Giugiaro is considered one of the greatest designers of our time who always keeps in mind form and function…what about this new deesign?

It’s a good looking car. Typically, I prefer Pininfarina design to Italdesign. Some of Giugiaro’s exotic car styling is over the top. Too many scoops, wings and other bizarre contraptions. THe GG50 is just a sleek design. I prefer the front to the 612 too.

Not bad. As a matter of personal opinion, I like mid- or rear-engined cars with a cab-forward design better than cars where the hood and engine bay take up the entire front half.

That said, i like what’s going on with the glass and the roof.

Those must be renders, right? I don’t know of any way they could get the car into an open-pit coal mine (pic #6) without a single speck of dust on it ;

[edit] on closer look, they’re definitely renders. Nice work, though – fooled me the first time. Pic #2 and #4, 4 especially, are awesome.

It’s nice, but the front is very derivative of Pinninfarina’s Rossa concept a few years back, and the rear is very similar to Giugiario’s Maserati 3200 GT, crossed with a corvette. I think the whole rear end is way too GM looking. The front view is quite handsome though.

It’s nice, but the front is very derivative of Pinninfarina’s Rossa concept a few years back,.

agreed…I have a styling magazine from a few years ago…with sketches from Ken Okuyama (Pininfarina) that has an almost identical front end. Squinty headlamps, big mouth and all.

I’ll have to scan the sketches and post them this weekend.