I’ve heard from a couple of colleagues that have been around the block in the footwear biz that a number of “vulcanized” shoes out there are actually meticulously detailed cupsoles made to look like the real deal. Obviously there are the Keds of the world that aren’t trying super hard to hide it, but does anyone have experience succeeding in creating a cupsole indistinguishable (at least to the layman) from a true vulc sole? No worries if you don’t want to divulge the models, I’m just trying to figure out if it’s actually feasible.

I can’t think of any off the top of my head but I know Ive seen it done decently well.

I was told that the cold cement process is slightly greater that the autoclave process as well.

I was told that the cold cement process is slightly greater that the autoclave process as well.

That’s one of the reasons my developer has been suggesting it, for better bond strength.

Oops, autocorrect. It should have read “greener”

Oops, autocorrect. It should have read “greener”

Oh gotcha. The autoclave eliminates the not-super-good-for-the-environment cementing process but uses a ton of energy creating all that heat. Seems like six of one and a half-dozen of the other.

I’d think bonding and flex wise the wide foxing on a vulc shoes is the weaker issue than a cement shoe that can have a flex notch or varied sidewall.

I’d think bonding and flex wise the wide foxing on a vulc shoes is the weaker issue than a cement shoe that can have a flex notch or varied sidewall.
R

Definitely, though there is a bit of charm in the cracked edges of well-worn foxing tape. I’d imagine if you were truly emulating the thickness, hardness, and flat top edge of foxing tape with a cupsole you’d still have the same bonding/cracking issues.

The problem with traditional vulc construction specific to my application isn’t the sidewall bond but the bond between the foxing tape and the molded rubber bottom. In one specific use scenario (climbing ropes) all of the force and friction is concentrated in a way that tears those two layers apart pretty easily. Athletes that normally wear vulc shoes (Chucks are still really popular in this world) will either wear a different pair or wrap a bunch of athletic tape around their instep to keep their shoes from blowing up.

I think if all you are going for is a visual connection to a vulc sole that is easily done with a more flat sidewall on a cupsole, some secondary op painting or decoration and would allow you to add functional features like a large rad on the arch to aid rope climbing or whatever.

I’d think people are more into the simplicity of the cons than actually even know if it is vulcanized or not. 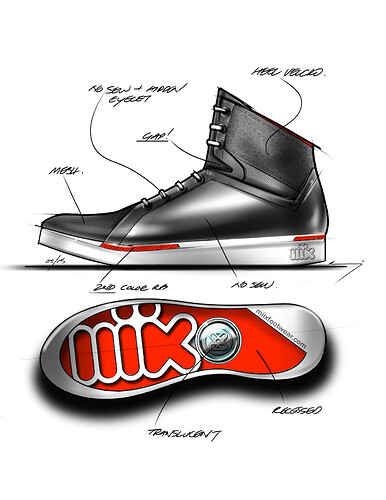 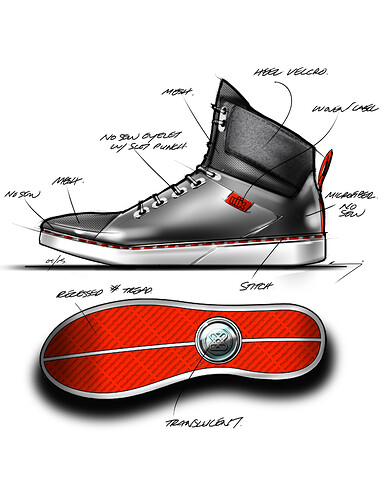 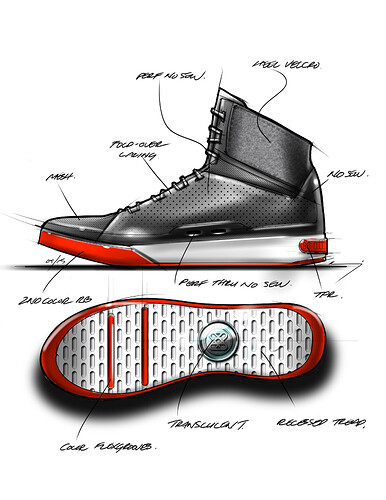