The day after Techshop opened my head was brimming with ideas. I took a tourist walk to Bakers Beach and saw this gem: 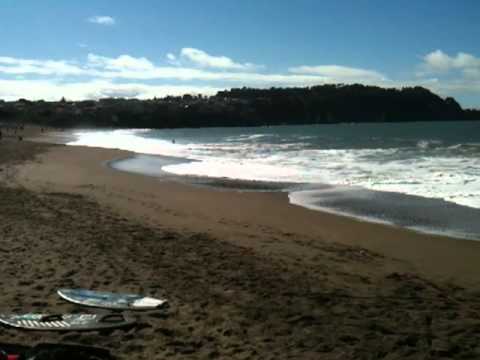 2.5 HP motor (I think) mounted into a sand trolley, and about 100 metres of non stretch parachute cord. The guy said it cost about $800 all up to make himself. It was a reasonable shore break, and the guy was getting good speed and air, up until I started filming…

It is a cool invention indeed! I usually refer to it as winchboarding, but it’s not really catching on, most riders call it wakeboard winching (i feel that the name is limiting)

In europe and the states its mainly done with a wakeboard or a wakeskate. It is really catching on in the sunny states like Florida, where waterskiing/wakeboarding is huge. Usually they use 5-12 hp gokartengines and then weld the frame themselves, but there are a few manufacturers of the winches ($2.500-3000). I have been totally bitten by the idea of what they are doing, since it allows for a form of urban exploration with the ride of their choice. (Along with cable parks, it’s kind of phasing out 50k boats)

This is probably also one of the things that could make wakeboarding return to the x-games and similar events, where they have been left on in the cold before due to the limitations of venues.

These winches are obviously skillfully made, but it’s fun to see that there are probably as many variations of the designs as there are winches. The frame in itself has turned in to a prestigious part, that tells if youre original or just plagiarizing someone else. 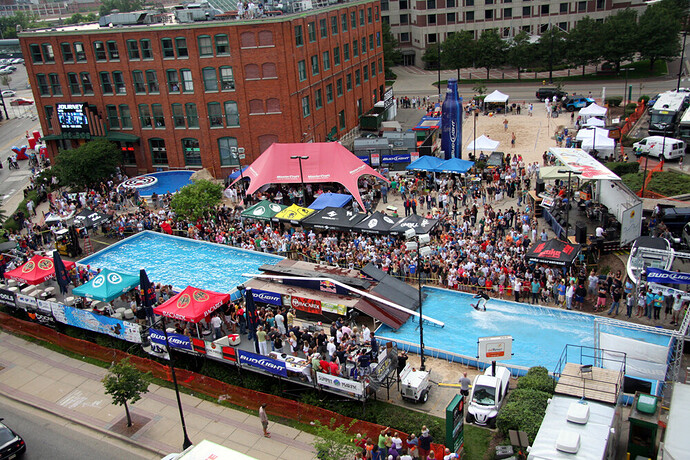 they ride basically everywhere. This is a very planned venue, but they ride in water drains, giant puddles, city fountaines etc etc. I’m really curious of how it will continue to evolve, or if it rather will be seized by people who want to earn money and make into a mainstream kind of thing. (which tends to happen when large competitions start to take place)

Another interesting aspect of it, is how they also can get very dependent on weather/precipitation in finding new spots. Just like the pool riders of the 70’s were, or downhill snowboarders/skiiers waiting for that big dump of snow.

I’m getting a bit carried away here…

Wow, a whole sport I had never heard of before. I thought I had stumbled onto some local geniuses.

A real ‘boxy’ setup. It will be interesting to see if this does become popular, how the design/ styling of the winch will evolve. A beach full of two-stroke motors however, the sport probably wont last long.

That’s the Grinchwinch. It is one of the “garage companies” currently active.

This is from a company called ridiculos winches. The other ‘big’ company around.

Here is also an quick render of an electric one that i’ve worked on with the help of two of my friends that were my lead users, which was the approach of the project. 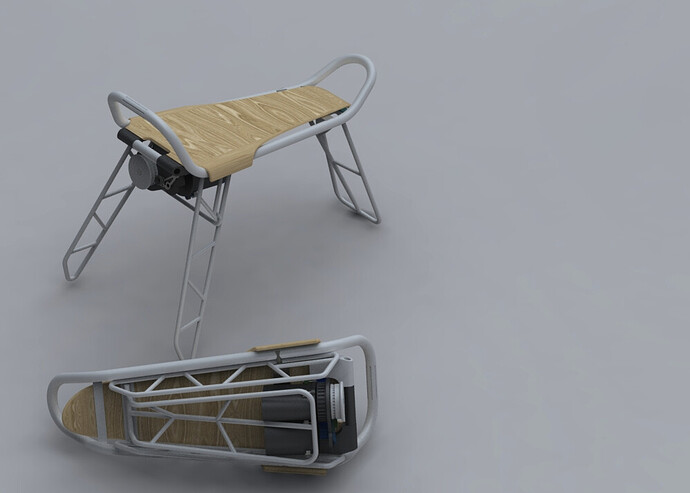