Explaining what you do for a living-Industrial designer

I find that most people associate strategy with marketing. I explained that we go deeper.

I meet a lot of non-designers since I’m relatively new to the city. I use to tell people the ‘what Architects do for buildings I do for products definition’ too but for the past couple of years I’ve been telling people ‘I make products more attractive to use and look at- sort of like what they did with Apple products’ and right away people catch on. It’s not the most eloquent or comprehensive definition but it gets the conversation going. In addition I would say ‘I help companies benefit from making their products more attractive to boost sales without much added costs (what Hyundai is doing with their cars)’ and they seem to get that too.

Just watched a recent CBS segment, How to design breakthrough inventions, featuring David Kelley and IDEO. There was an amusing anecdote that when he would answer the “what do you do” question at parties with designer… he’d be asked to look at the host’s drapes.

Likely a subject for another/existing thread (but relevant to public awareness of the profession) would be how do people first hear about ID? How did you? I first heard the term well after college and certainly had no inkling in high-school that it might be a possible career option or alternate course of study. It may be wishful thinking but it does seem like there are more accessible avenues for exposure to the field now than even a few years ago.

I make a point of figuring out myself when i explain my role to people. Usually we tell them what we are trying to tell ourselves the goals that we want to commit in our career. Usually the person listening to you doesn’t care in the end. They always forget after the conversation. So instead of convincing them what i do, i am trying to explain it out loud to myself.

Yet for every job i had, i end up explaining it differently. I worked as a design researcher, industrial designer, business strategist, and now a user experience designer. I felt explaining the ID role is much simpler than explaining the UX role, and yet its because i understood my belief as an ID designer and i am only starting to realize the opportunities of what makes a UX designer.

I like to think as an industrial designer, I try to give the consumer an experience with an object. So I am experience creator… I like the comparaison from an urbanist and an architect to an IDer (City to House to Products). My 2 cents…

I recently had my ass handed to me by a woman at a recent networking event that asked me the age old networking question, “what do you do?”. I launched into a typical, relatively long-winded response. Little did I know that she is a branding and PR expert who has worked with politicians and other VERY well known/notorious individuals.

After verbally neudering me me for several minutes in front of a handful of peers, she offered up some awesome advice:

If you can’t describe what you do in 15 words or less, nobody cares.

You have, literally, 8 seconds to be able to catch someone’s interest. If you can’t do it in a shorter period of time than that in a way that resonates with people, you’re SOL.

The logic being that you are trying to start a conversation. You need to figure out very quickly if you catch their interest, or if you need to move along to the next person.

So, in that light iab’s “I make new products” is pretty good.

I have been using “I help people bring their product ideas to reality” with some good success. Delivery is definitely key. I am sure there are several people that I lost, especially shortly after transitioning to this thought process because I stumbled on my words. I was unsure about it.

Now, it pretty much just rolls out. You can tell almost instantly if they’re interested, or if asking you what you do was a rhetorical question.

Likely a subject for another/existing thread (but relevant to public awareness of the profession) would be how do people first hear about ID? How did you? I first heard the term well after college and certainly had no inkling in high-school that it might be a possible career option or alternate course of study. It may be wishful thinking but it does seem like there are more accessible avenues for exposure to the field now than even a few years ago.

In high school, there was no doubt. I wanted to design Ferraris at Pininfarina. Except I thought the route was through mechanical engineering. And certainly no one else told me otherwise.

Flash forward three years into an ME degree. I remember this as clear as anything. I was about half way through doing a Power Law equation, non-Newtonian flow through a square tube for my fluids class. This is about a 6-page diffy-Q for those who don’t know. It was at that moment that I had my epiphany - I didn’t care what the answer was. I knew if I followed the prerequisite steps, I would ententually get the right answer. But I didn’t care. I was done.

About a week or two later, I was talking with my sculpture professor. In hindsight, I had the right instinct about what I wanted to do, all of my electives were either life-drawing or sculpture classes in the school of fine art. But I still never heard of ID. I told my professor of my frustration and he gave me a Newsweek or Time article about Art Center. My eyes were opened.

I completed the semester and dropped out of ME, 2 semesters from graduation. I took 1 semester off to work on a portfolio. I entered ID school, busted my hump taking 18-21 credits a semester and summer school and graduated in another 2 years. Not a lot of credits transfered from ME.

My parents certainly were not happy about the move, but I haven’t looked back since. And I couldn’t be happier.

iab, your story of ME to ID was blow for blow what I experienced switching from ME to design back at Michigan. 3 years into my degree I just didn’t care about the engineering way of doing things any more! It’s nice to hear someone else went through that whole process as well.

Hope you made it to Italy!

Back on topic, I’ve always gone with the standard “I design products and how people use them.” Works most of the time anyway.

I dreaded this question in school. I had this exact conversation more times than I can remember:

“What are you majoring in?”
“Industrial design.”
blank stare “What’s that?”
“Product design.”
“Oh! You should design me a [insert some stupid trivial product here]”

I also got this one:
“So you design… industries? Like factories?”

Now that I’m a working stiff I’ve found it’s better to be specific about what kind of products I design. Instead of just saying “I’m an industrial designer”, I tell them “I design airplane interiors” being VERY careful not to say “I do airplane interior design” because all they hear is “interior design” and proceed to ask me for my opinion on paint colors and drapes.

I always grab the next object of some complexity like a coffee machine and explain what engineering does and what design does.

I usually do something like this, especially some product that’s relevant to what the person does… (Sports watches for athletes, calculators for engineers, stuff like that.)

A good way to get the idea across is to describe what it would be like if a designer WASN’T involved.

Great blast from the past with the old thread too! Those were definitely the wild west days on the boards

You guys take so much time to explain it all - I just tell people I run a creative consultancy, much easier.

You guys take so much time to explain it all - I just tell people I run a creative consultancy, much easier.

That fits the 15 words or less criteria 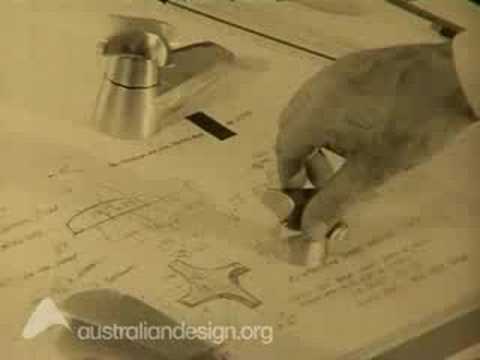 This video is sweet. The essence of industrial design, drenching sheep (watch it you’ll get it).

That is a fantastic piece of history!

Can some one please flip the audio cassette to side B???

This video is sweet. The essence of industrial design, drenching sheep (watch it you’ll get it).

Wonderful, so “Look Around You”. My favourite quote (about 00:50):
“Industrial Design is a comparatively new career in Australia and openings are few at the present time.”
just great…

“Industrial Design is a comparatively new career in Australia and openings are few at the present time.”
just great…

I say you should be reading that as “GREAT!!!”…OPPORTUNITY!!!

PM me…let’s chat about Australia. One of my employees is from Melbourne…I also know a couple people in Sydney. I’d be happy to do what I can to connect you if you’re struggling with job hunting.

This topic got me thinking, what is the “CPA” equivalent for ID?

You can’t call yourself a doctor without a professional accreditation/ membership, but (at least here) anyone can call themselves an “Industrial Designer”. The DIA has an ‘accredited designer’ programme, and the DIA is part of ICSID, but from what I can see it is based on national membership, i.e. in the USA join the ISDA and you get the same sort of ICSID membership, but what it means to be an Australian ID’er and a US ID’er depends on the respective national body.

Is there an international membership for Industrial Design?

and This topic got me curious, if you search “famous industrial designers” this pops up pretty high: 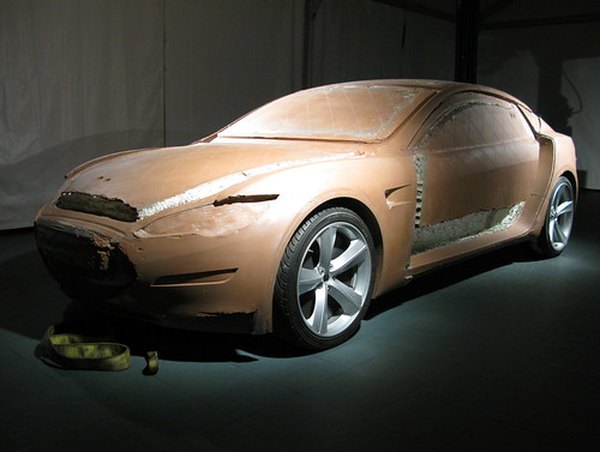 A car designer illustrates and uses computer-assisted design to introduce models of cars to compete in the auto industry market. Car design careers include specializing in automotive design or in designing replacement parts.

with the following definition:

Industrial designers are the people that work on connecting products to users, making them both simple to use and attractive. The field of industrial design began developing in the 19th century, when the industrial revolution came about. From then on different faces have shaped the way the world looked in specific points in time.

But back to your point. The idea of a certification has been batted about a lot over the years. I’ve been on both sides of the argument. I understand the desire to preserve and protect or credibility and integrity. My question has always been will a certification indeed do that?

What we do, our tools, the our processes also evolve so rapidly and vary accordingly depending on industry and specialization, that whatever certification that was put in place would have to be so at the core of who we are that it would be somewhat future proof.