Hi everyone. Im looking for products with fantastic execution of mechanical feedback to the user. I am seeking examples that go beyond keyboard clicks and button snap domes. Im most interested in well thought out solutions that provide input to the user in a harsh and/or stressful environment or usage scenario. Maybe some medical or military equipment, flight controls, heavy machinery ect. Where else are mechanical systems being designed to bridge the gap to an electronic interface similar to drive by wire? Input to the users hands are most important but if it is supported visually or audibly that is ok too. Please share any any all products that you may use/design/sell that meet this criteria, I look forward to some interesting discussion here! Thanks

I think you are just describing Tactile Visual Substitution Systems (TVSS). One great example is the US Navy innovation known as a tactile flight suit. Depending on the aircraft’s orientation in space, it generates bodily sensations (via safe puffs of air) inside the suit and the pilot can eventually fly the thing blindfolded!

We incorporate a lot of OTS switches and controllers from OTTO, Greyhill and other mil spec switch companies in our military specific design systems. It is a constant challenge to design ruggedized systems that allow the user to control said objects in volatile arenas with no or little user error due to design. Apache block III hand controls for gunner station, safety and firing mechanisms on guns, integrated computer systems with touch screen capabilities. Are you looking for something in particular or just looking for a chat? 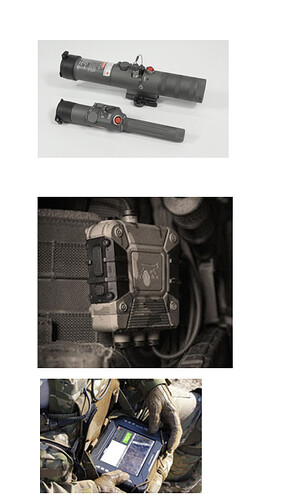 Thanks for a great start on this post! @JWedge I am not looking for anything specific more for ideas and inspiration and discussion. What is the image in the middle of your post? I have a particular interest in mechanisms that are designed to provide additional user feedback to the users hands. These mechanisms would help operate a system that otherwise would be difficult for the user to interact with because of vibration/temperature/physical and mental demands.

It is a PTT. push to talk device that links your radio comms to a headset.

Not a stressful environment, but the controls on my 01 TT are pretty awesome. The HVAC controls look and work like analog controls but control a digital thermostat. the best is the heat seater, which is the outer circles on the top row of 5 circles. You push in on the circe which pushes the knob outward, then the outer ring of that knob turns with heavy segmented location, turning on an LED with each click. Very tactile and visual. 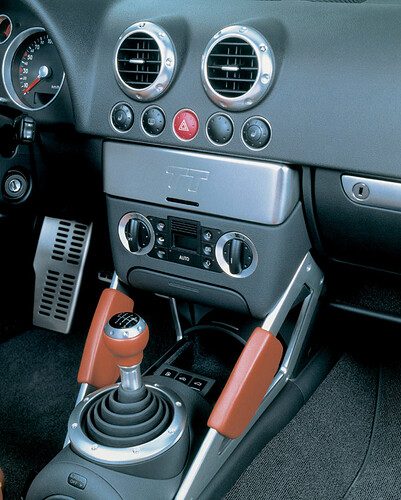 I think you should be looking under Haptics

There is a definate line to be crossed in terms of feedback. It can easily be too much or too little.

In a high stress environment, too much or too little can be critical. I think too little is pretty obvious, you are not getting enough input for an informed decision. But I think too much is even more dangerous. In healthcare, it is referred to as alarm fatigue. So many red lights, warning beeps and buzzes that they get ignored - the boy crying wolf.

In addition to warnings, the feedback can also serve as a training device. Embarassingly treating people like Pavlov’s dog. But it works quite well to change behavior. You do need to step down the feedback as the end user “improves”. Again, too much feedback when the end user’s behavior is “correct” will lead to resentment. That resentment leads to a backlash against the behavior change and can negate any progress made.