I noticed the eRockit in the IDEA awards post today and wanted to know what people thought of it.

Personally it yells out to me this company needs some designers! It seems like an ok concept, but it looks like a bunch of engineers were given a box of parts and just started bolting things together. It really seems like a bad frankenstein of bicycle and motorcycle parts.

I have been thinking about designing an electric motorcycle myself, so I guess it maybe time to put my money where my mouth is. I just have not been impressed with any of the ones that are on the market, except maybe the Brammo.

These prices are from their respective websites. I would think for 3-4 times the amount of the Brammo the design would be a little more resolved! 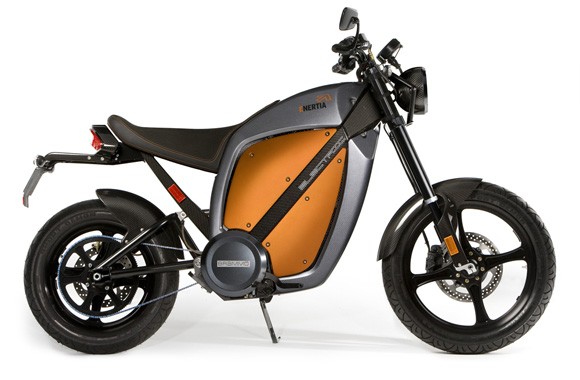 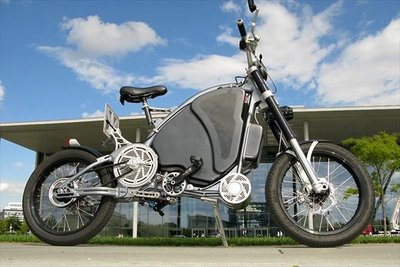 I like the EV1 concept from Seymour Powell. I don’t remember how old it is, but it looks very refined.

I think the problem is that the mechanics are so different from a gas bike. This problem is hidden in a car, but a huge part of bike design is the mechanics…exposed suspension, exhaust, sometimes a cylinder head, or tranny. The electric bike doesn’t need any of these things we are used to seeing.

Some other things I’m thinking about/noticing. Proportions. I imagine most of the batteries are mounted low in the frame due to their weight. This means the drive shaft/motor has to be mounted higher up. Weird. Moreover, not the different in diameter between the shafts. This is, of course, changing the final drive gearing, but looks very strange as it is far more exagerated than on gas bikes.

I think what it will take is a couple things. First, is some company like Honda really doing a bang up job on engineering a great bike that happens to be electric. The second part is just getting used to seeing them.

The proportions of the EV1, high ground clearance, very large diameter rear sprocket (pully?), and the “knobbie” tires, suggest that it is intended for multi surface use. Almost looks like a Trials (not trail) bike.

I think we’ll not likely see a Harley Electric anytime soon (unless they reintroduce their
electric “Utilicar” golf cart line). A “hog” wouldn’t have a high enough noise / weight ratio.