I’m working on a project with aluminum and I’m having a hard time finding a good finishing solution.

I would like to have color so abrasives finishing is out.

Any help pointing me in a good direction would be much appreciated.

What’s wrong with anodizing? There’s some acid involved, but it’s contained and reused. As long as you’re not doing it in some tiny crappy factory in China, where they are likely to flush their tanks into the river.

It uses some electricity, but not that much relative to the amount used to create the aluminum in the first place. You get some solid byproducts, but they are pretty harmless, and are often reused elsewhere. As long as you’re careful with your dye specification, I don’t see how it’s bad. 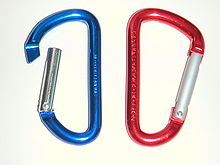 Anodizing is an electrolytic passivation process used to increase the thickness of the natural oxide layer on the surface of metal parts. The process is called anodizing because the part to be treated forms the anode electrode of an electrolytic cell. Anodizing increases resistance to corrosion and wear, and provides better adhesion for paint primers and glues than bare metal does. Anodic films can also be used for several cosmetic effects, either with thick porous coatings that can absorb dyes ...

I understand that anodizing isn’t all that bad, and “The Aluminum Anodizer’s Council” says that it is environmentally friendly.

It would be irresponsible of me to not at least inquire into alternative methods. Also, if its a council set up with the sole purpose of supporting that industry and that is the only source online saying that it environmentally safe, then I have a hard time trusting that what they are saying is the god honest truth.

I appreciate your response but I was hoping for something a little more constructive.

Chris King has been making superior quality cycling components in a rainbow of anodized colors for years. They are also the posterchild for sustainable manufacturing in the industry. I recommend reading up on them.

Wow, great link. I’m a bike nut and had no idea that King Components was that dedicated!