I am specifying an embossed logo in plastic.
I have specified 1mm. Is that too deep in your opinion or would 0.5mm - 0.75mm suffice?
I guess 1mm is safe after texturing etc.

What do most of you specify for depth of embossed logos?

I have spec’d 0.5mm for the last 4 yrs at the company where I work - and that is plenty deep for products less than 12in x 12in. We are actually moving towards just a texture logo, which I’m excited about. I wouldn’t worry too much about texture application taking away from your 1.00mm logo depth - it’s going to be deep enough. Good luck.

I like to go with .5 as well. a bit more subtle. Also, if the surface is textured or sandblasted, to make the recessed logo polished or a light sandblast often helps.

Ditto. We specify 0.4mm.
The lisibility comes more from the difference in grain (glossy/matt or matt/glossy) between surface and logo.
Those products can get dirty (appliances, food processors…) so it’s a plus for cleaning.

But what is the overall heigth/length of the logo ? Some increment in depth according to logo size is advisable.

A question here : do you have “problems” with R&D guys prefering raised logos than recessed or it’s just me ? I always have the same conversations with guys that tend to prefer raised logos. Curious.

I can dig the raised logos, but only on products that aren’t handheld… I think it looks better on a more sculputural, less touchable type product. The team I used to work with used to put metallic hotfoils on the raised logo, pennies permitting, and it looked really nice against darker plastic

I’ve recently been reminded how textures can errode fine detail, if it’s not very deep, you might want to take extra care with the texture so it doesn’t degrade any crispness of your pattern…

We have a raised logo on a handtool - right in the grip area. It’s 0.15, blank vs rougher background. Perfectly visible - and you don’t feel it (touches palm during use).

Raised vs recessed (and distance) depends on the purpose, placement, size, context, manufacturing… . As long as it’s not a recessed border that is an obvious mould insert, that’s just cheap.

The entire product is basically the size of a digital picture frame, about 8 X 10 inches.

I am not sure if we are using just the plastic or if they want to paint it for a metallic finish.

I guess thickness of paint is another possible consideration when determining ideal depth.

Yo brings up a good point. You should see what the possibility is of reusing this shell branded with a different name or future logo changes. You can always spec an insert with different logos/no logo.

or you can spec a plug in the mold, basically an interchangeable piece of steel in the mold, usually have to make it a recess to hide the part line. But you can do a nicely designed recess with a raised logo, switch up the textures… and it gives you the flexibility to change the logo later.

Caution ! Paint over raised/recessed logo ? Big trouble ahead !
Just went through this recently.

See, because of tensile surface forces, liquids tend to the smallest surface shape. That is sphere in freefall or water drop shape (desinflated ballon shape) on a plane.
Thus the paint doesnt stick to the edges. You’ll see the plastic on the edges of the logo. We had to “erase” the logo in the mold and switch to tampography. The product still look nice 'cause the paint job is terrific.
For the paint to stick you need something like 1,5 mm radiuses on the logo. Can’t be done except on very very large logos.

I was referring to hot-foil, where a layer of metallic foil is stamped onto the raised logo - this is a good example. I have seen paint used on logos successfully as well… Same company, IBM, used blue paint on their raised logos 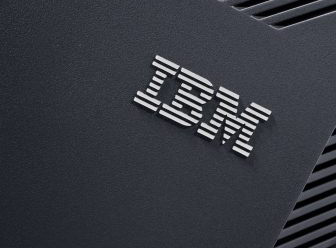 If it is raised you should be able to foil print or pad print it. If it is recessed, they can mask and spray is the texture is light… depending on the vendor of course. Also, it is a secondary operation, so it adds costs of course.If the logo is simple enough, they might be able to do an inlay for not much more.

Ok, I was thinking about an all-over paint job, like car painting for example.
That IBM example looks nice.

Got ya. We got all technical in here, nice.