I have been working on a Chilterns out door toy (light up ball). This is a ball with electronics in the centre and LEDs changing colour.
The housing of the ball needs to protect the electronics, be fun to throw and catch and let light out.

I currently have a solid, transparent plastic ball of electronics (60mm diameter) and want to make a rubber/elastomer transparent out skin that will further protect the electronics from any impact and emit light. (Check attached images).

I want this out elastomer skin (max 120mm diameter) to absorb the impact… most of my ideas are about having tangent prongs coming off the ball. But I am not sure how I would get this out of a mould. I am assuming if it was injection moulding the prongs would need a four or eight piece mould.

What process is most suitable for a children’s toy for creating this shape? Can you roto mould elastomers? 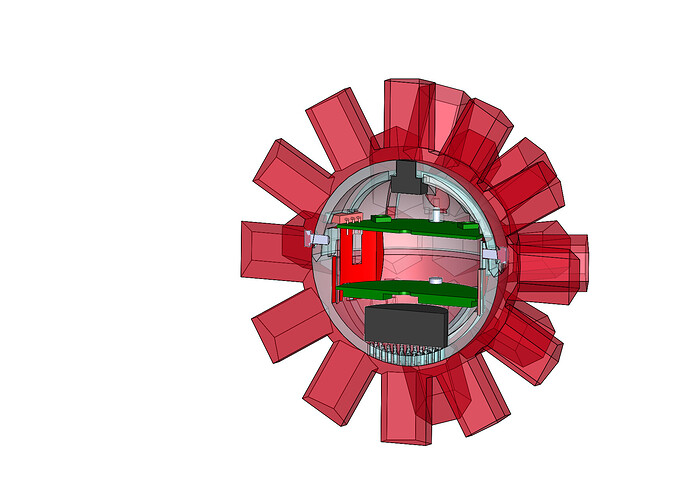 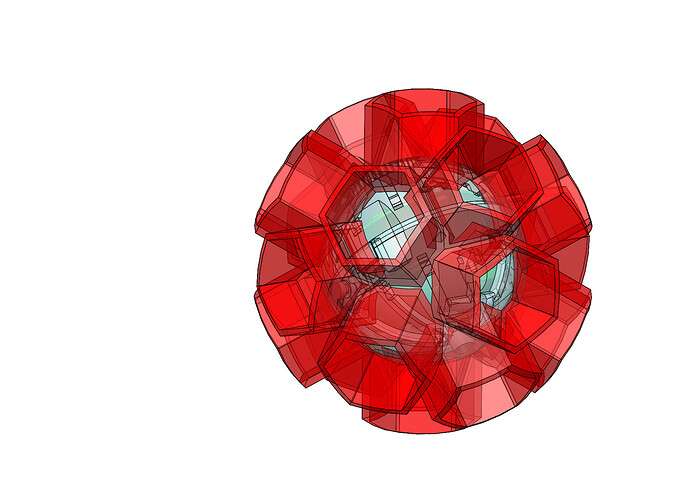 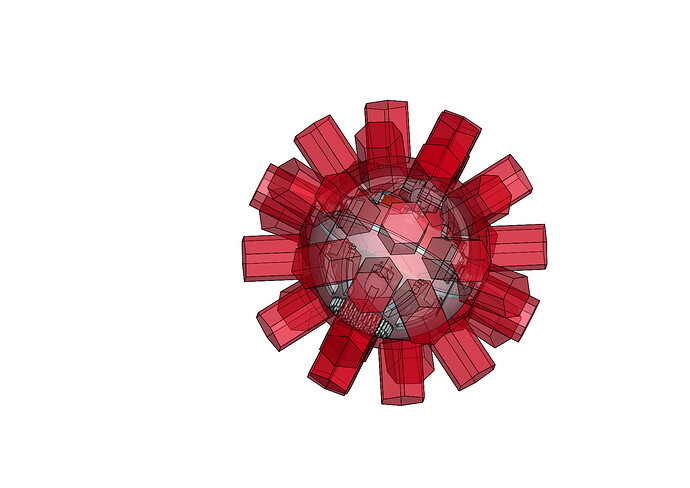 If the elastomer is soft enough, Shore 40-60A, it will be easy to strip it from the mold.

Rotomolding probably won’t do it but with the right plant engineering involved, a multi-pull IM tool will do it (most likely you’ll have to reduce the number of stems and adjust the thickness of the base rubber (from which the stems extrude) - and the number and size of of flow-thru’s (into the substrate) will be important.

Your idea sounds similar to a product my young boys have played with. This is the best example of what I think you’re proposing. Of course, the spikes aren’t as thick, but as Scott said, you may have to reduce the number of spikes and thicken them up. Your idea doesn’t seem too far fetched given the multiple examples of similar products.

Or I could totally be of the mark. . .if so, I apologize. 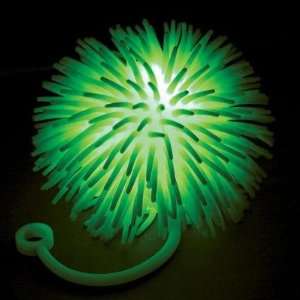