I love the work of the Eames’. I work daily in SolidWorks. I’ve been presenting at the annual SolidWorks World for several years now and figured it was time to combine my hobby of collecting Eames designs with some SolidWorks surfacing chops.

Every IDer has an opinion on the Eames’, just like they have an opinion on SW. I built this presentation for those who have an affinity for both and would like to push their SolidWorks modeling to the next level, all through the genius that was the Eames’.

If you have the time, check out the recorded presentation. I hope everything who watches is able to take something away from it. With all of my SolidWorks presentations, I try to simplify modeling in SolidWorks and share the insights I’ve gathered over the years. 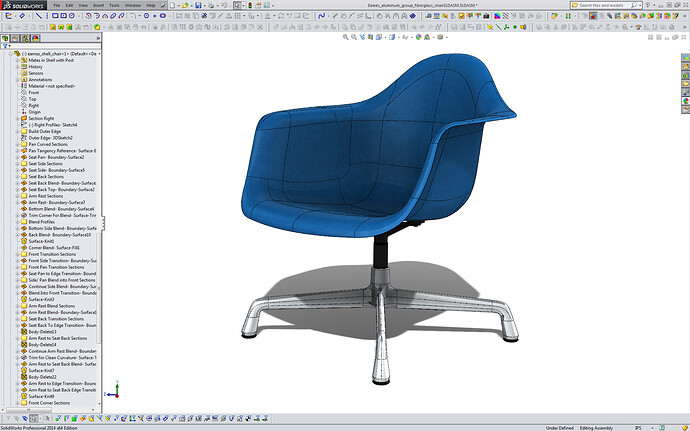 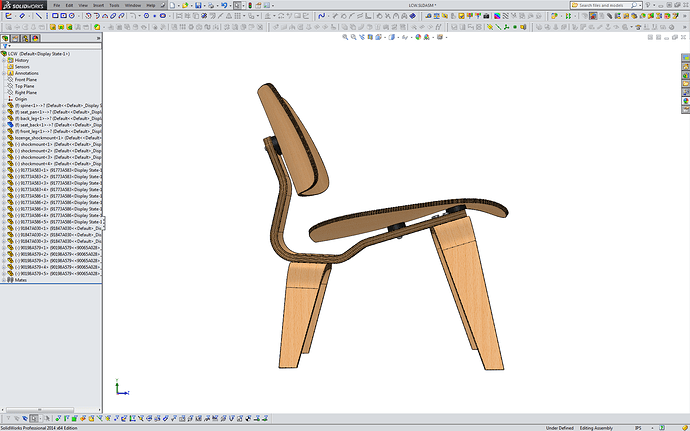 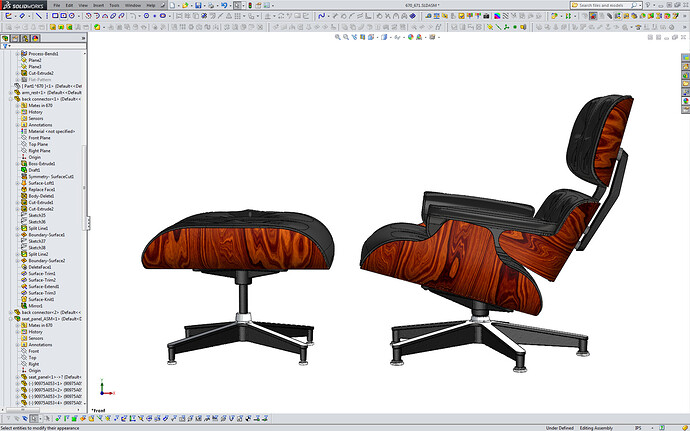 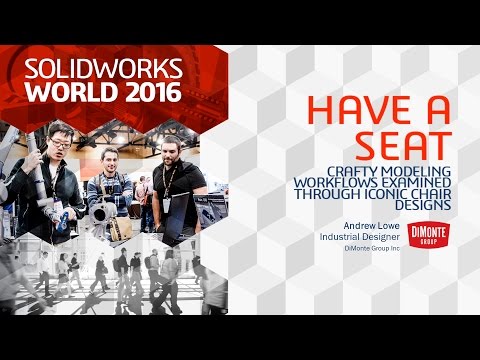 Very impressive.
Are you sharing the 3D models anywhere?

Very impressive.
Are you sharing the 3D models anywhere?

I’ve made the presentation file, the LCW chair and the leather upholestery example available on my companies website here: News & Resources - DiMonte Group

I reverse engineered the LCW chair from online images and a couple chairs in my apartment. Thus I know it’s not going to be an exact replica of the design.

For the fiberglass chair, the chair was 3D scanned and I used the scan to copy the chair exactly. It’s probably accurate to 0.010". I’d rather not have that CAD file floating around for fear of copyright issue. We’ve reached an era where you could theoretically “pirate” a physical object with a 3D scanner and 3D printer.

Probably best to not release the chair, as this is happening right now: http://www.protectingdesigns.com/bmw-group-files-suit-against-turbosquid

Im in the 3d industry, and this could open a whole can of legal worms. We have always been under the impression that most companies are fine as long as their product isnt shown in a bad light. Although, some larger companies have us remove any identifying marks (apple logo on computers) but you still know exactly what it is.

Thanks heaps Lowe9. Always good to go through someone else’s models and see how they would do it. Really appreciate it.

Interesting, why would you say that?

Interesting, why would you say that?

They would have used neither. They would have sculpted the forms and had an Eames Office employee hammer out the CAD. The Eames’ got all the glory, but it’s interesting how much work the unnamed employees contributed to their designs.