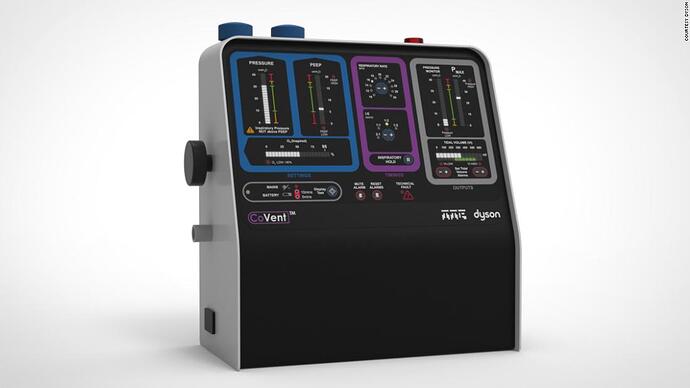 Dyson has received an order from the UK government for 10,000 ventilators to support efforts by the country's National Health Service to treat coronavirus patients. 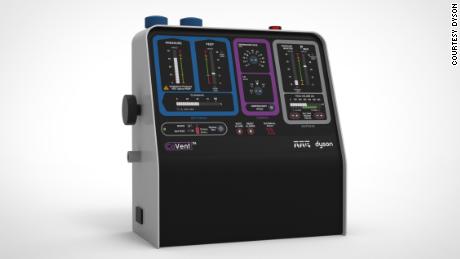 This is relevant to Dyson and all of these other pop-up ventilator companies:

I’m with Ray. Vents are class 2 devices. EU-MDR is a rigorous regulatory system to obtain a CE mark.

I would be most interested in knowing what warnings/contraindications are put on these devices.
Only use if there is nothing else?
Only use on the oldest person?
Only use during a pandemic?
And of course, how do I lower liability when this thing kills someone?

An iron lung (which can be a PVC lung) is easier to make, is non-evasive and doesn’t require a filter nor humidifier.

I was thinking about this a lot last night after seeing that article pop up- we’re very quickly going to get to a point where FDA Classifications become the reason that people die, and we’ll be left wondering “Is it better that everyone had the safest, most well tested ventilator possible even if it means we’ll fall short of what we need?” or is it better to scrap together and understand that the rules need to be adopted in what is arguably a situation that those regulations had not considered?

There are a lot of smart engineers and medical device companies in this country as well as rapid prototyping capabilities. I already saw Makerbot make a post that they were willing to take requests for supplies that could potentially be 3D printed. MakerBot 3D Printing Initiative to Combat COVID-19

Hospitals are already starting to use 1 ventilator per 2 patients.

If medical device companies open sourced as much of the designs as possible, I’m still not sure why they couldn’t be mass produced quickly with a higher chance of saving lives if the alternative is to let those people die or hope that the traditional manufacturing processes can catch up.

It would be better to have 500,000 ventilators in a landfill 12 months from that have saved 500,000 lives at whatever the cost may be rather than having to dig mass graves. Offer a $10M tax credit to whichever software company can re-write the embedded software to run off of an Android phone in the shortest period of time. 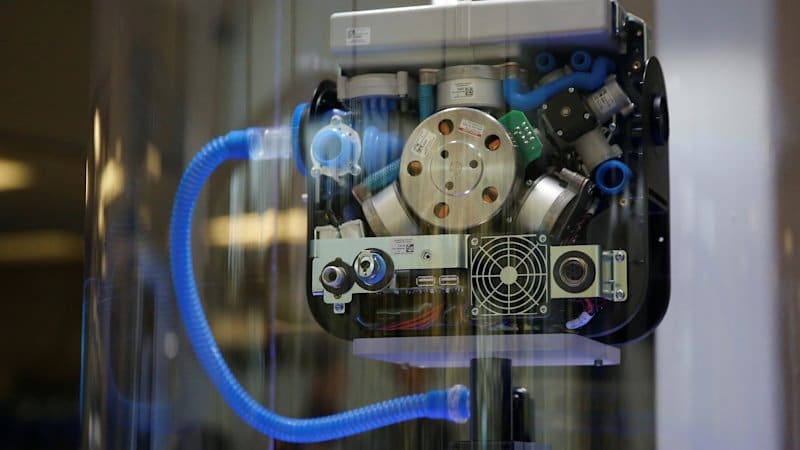 Trump’s jab at Mary Barra was uncalled for.

Trump’s jab at Mary Barra was uncalled for.

He’s quickly turning into “that person” in your university course group projects who turned in some sloppy sketches, texted his friends during meetings, and got in petty fights that derailed the potential for team cohesion. He and our governor can’t stop snipping at each other. Completely unproductive.

I like good/fast/cheap pick two. Don’t know if efficacy wins though. Our school district had lesson plans, new chromebooks and hotspots ready for the entire student body (~25,000 kids) but had to shut down their plans because a small percentage - I heard 2% - weren’t able to take part. Public education has to be ‘equitable’ by law. Therefore nobody gets any lessons.

What’s the difference between a ventilator that hasn’t gone through an established regulatory process, and health-care workers wearing bandanna’s or re-using N95’s for several days? Other than maybe the ventilator could burn down the building…

What’s the difference between a ventilator that hasn’t gone through an established regulatory process, and health-care workers wearing bandanna’s or re-using N95’s for several days? Other than maybe the ventilator could burn down the building…

I guess thats part of the questioning here. For example, if we’re talking about risk of fire - we know what materials are flame retardant - so why would that be a unique issue here. Applying the knowledge to make something safely and applying the regulatory work to screen and approve that device are not the same things. Thats exactly why I said if vendor who already built these things open sourced designs for components that we could tool locally would that not empower them to support an effort that doesn’t rely on their existing supply chain?

Likewise the approach of taking individual off the shelf components that could potentially do the job (for example, wouldn’t a window or wiper motor used in a car not have already undergone tons of quality testing for duty cycles, etc) - could a 3D printed part made of materials that have already undergone years of usage in other high performance areas not be turned into ways to quickly reduce some of those manufacturing hurdles?

Would we rather ensure people have those devices available and have to sign a waiver that they either get to use an experimental piece of medical equipment or risk suffocating?

The fact that they’re turning universities and the Javitz center into field hospitals is already a grim look at what to come once those buildings are potentially overflowing.

Another thing that bugs me is that the US govt. has strategic surpluses of everything. We have an oil reserve, we used to have enough spare parts to keep F-14s in service for a few thousand years (I can’t find the reference, but it was either hundreds of years or thousands, you get the point). No one ever said, “let’s keep a warehouse of medical masks just in case”.

Who knew the US was so fragile…

It turns out there was an attempt to build an emergency-response stockpile of ventilators in the U.S. 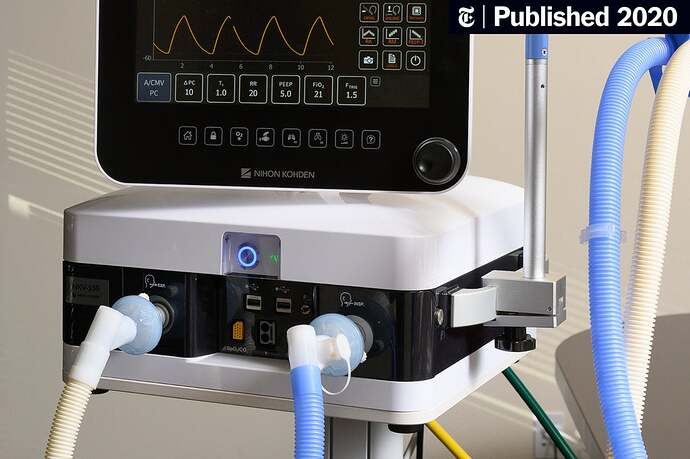 The U.S. Tried to Build a New Fleet of Ventilators. The Mission Failed....

As the coronavirus spreads, the collapse of the project helps explain America’s acute shortage. 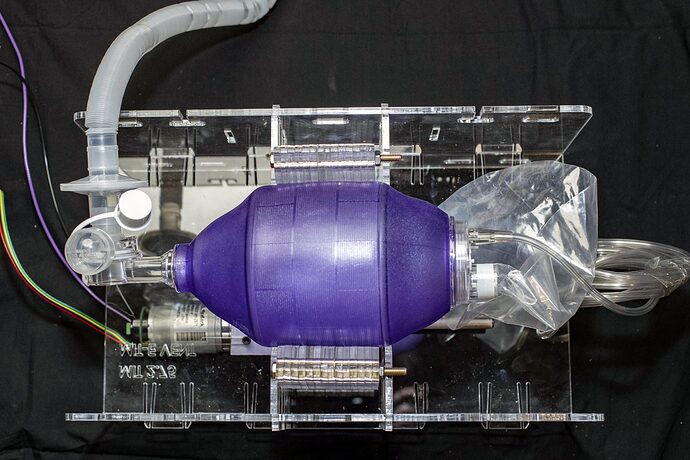 MIT Will Post Free Plans Online for an Emergency Ventilator That Can Be Built...

Clinical and design considerations will be published online; goal is to support rapid scale-up of device production to alleviate hospital shortages. One of the most pressing shortages facing hospitals during the Covid-19 emergency is a lack of...

Obviously a lot of people looking at how to tackle this. Though this highlights the big risk on electronics - piecing together Arduino breadboards isn’t going to be scalable, a large scale manufacturer would have to figure out how that could potentially be run.

But also interested to read that the regulatory process has changed re: Covid-19 ““The Department of Health and Human Services released a notice stating that all medical interventions related to Covid-19 are no longer subject to liability, but that does not change our burden of care.”” 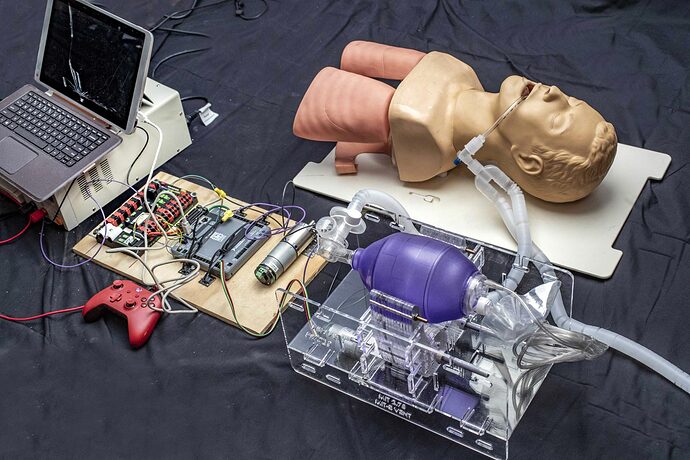 Medtronic open sourced at least some subset of their ventilator designs, great to see. 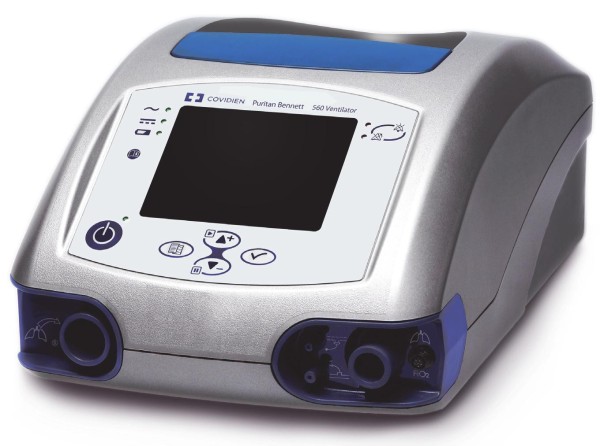 Medical device company Medtronic released designs for one of their ventilators to open source for use in the COVID-19 pandemic. This is a laudable action, and there is plenty to glean from the spec… 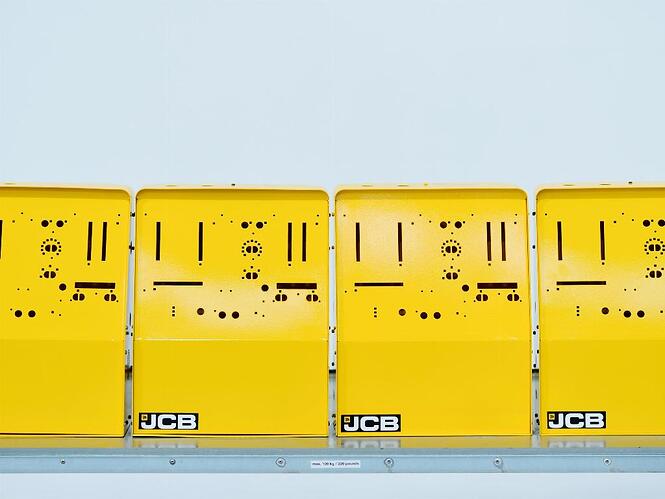 JCB has joined the effort to help end the shortage of ventilators in the UK following a direct appeal from prime minister Boris Johnson.

The FDA and MDR quality system is to mitigate risk. Will the cure be worse than the disease? A pandemic can flip device safety and efficacy on its ear. But there is no doubt I would prefer a CE mark on my vent.

The FDA and MDR quality system is to mitigate risk. Will the cure be worse than the disease? A pandemic can flip device safety and efficacy on its ear. But there is no doubt I would prefer a CE mark on my vent.

I think the above posts get more to the gist I was getting after though. Seeing cross discipline, cross industry examples of how to build things, on shore and faster can still lead to faster production and safer designs that are built using many of the same technologies and designs as the already certified elements.

Also that JCB video has a “Trumpf” laser cutter running in the background. Perhaps the conspiracy theorists were right after all…

Trumpf tools are the shizzz. Unfortunate naming, but just about the highest quality sheetmetal cutting/forming tools out there.

We recently used one of these to bevel finished #8 mirror polish 11GA stainless steel around a world series trophy replica.
https://www.trumpf.com/en_US/products/elektrowerkzeuge/deburrers/

Trumpf tools are the shizzz. Unfortunate naming, but just about the highest quality sheetmetal cutting/forming tools out there.

Agreed. My previous workplace had a Trumpf punch and press break and they are amazing quality. Have a look at a Salvagnini production line: 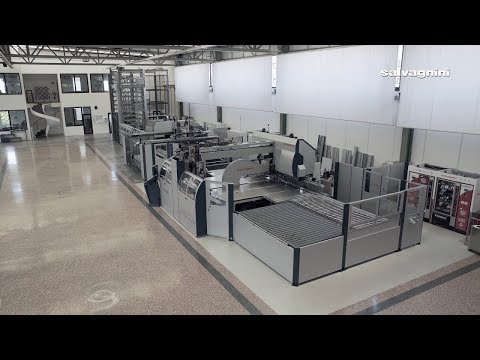 Read an article about Mossad - the Israeli intelligence and covert ops department - scouring the world for ventilators, and their methods for ensuring success. Unlimited national budget resources and carte blanche to do what is necessary:

“It’s similar to an armament race,” one of the war room people told Al-Monitor on condition of anonymity. “Once upon a time, countries competed in acquiring weapons and war materials. Next was the nuclear-armament race, and now everyone’s searching for ventilators. > The prices have gone up at least 500% for ventilators as well as all the other protection measures connected to the coronavirus. > Countries impose embargoes; they prohibit exports. People offer crazy prices and make senseless promises in order to get what we need. Into all this, we bring the special abilities of the Mossad, the far-away and dangerous places that are accessible to us, our special ties. We hope that we will be successful.”

Slippyfish: the sad part is that we have such poor international cooperation, or in the USA’s part, poor internal cooperation. I’m sure there will be people dying in Chile while there are ventilators gathering dust in Tel Aviv. I was never and avid globalization fan, but we should be able to do better than this.

Slippyfish: the sad part is that we have such poor international cooperation, or in the USA’s part, poor internal cooperation. I’m sure there will be people dying in Chile while there are ventilators gathering dust in Tel Aviv. I was never and avid globalization fan, but we should be able to do better than this.

We are in this together. Mankind vs. the Virus.

Almost 3 Billion people in lockdown. Are we really the species, that runs this show ?