Hi there, here I have posted for you a modular hand crutch that I’ve designed a while ago. Let me know what you think

Two things I’m going to pick at are:

Can you back this up visually with research, be it yours or from another study?

You’ve identified this as the primary problem statement. I think, given the heavy focus on usability for such a product, that you would benefit from tweaking this statement to reflect on the ergonomic and functional problems/solutions first (answering calls, modularity etc.), and follow this up with the secondary problem, which is making it look good to motivate your target persona during rehab (which as above, can hopefully be backed by research).

How is the height adjusted? Are these custom to order? What will be the lead time to manufacture if custom? Who is doing the proper measurements?

Are these for people with a temporary injury or long term? If temporary, what is the size of your market for a product that will not be reimbursed by an insurance company (no way you’ll get a nickel from CMS)? If long-term, how does that mesh with your “young and active” strategy? What will be your price point? COGS?

Lovely design, why did you use a standard bottom rubber grip? Do you think it integrates well into the rest of the design?

Did you do any analysis on your moment arm? Weight capacity? Impact strength? Any DFMEA?

Great feedback from both Andy and Iab. Iwon’t repeat what has been said above (though it is tempting as I agree with it)

EDIT: I just clicked the link, nice work here! You answered my concern in the link, but I wrongly assumed the entire project was posted above. Maybe post the entire thing in here?

I love the product design and the fact that you employ the flexibility of the material. The visualizations are great. Of course this is a concept and you totally neglected business interests. Just be aware that the original crutches can be made for under $10 a pair and that is exactly the reason why they make it to medical practices. Irreversible customization only puts extra load on the system. Your project is more complete when taking along not just form, functionality, branding and user experience but also the intended business strategy.

I love the product design and the fact that you employ the flexibility of the material.

As to the flexibility, it is 1 idea, how do we know it is any good? It is hardly original, so why isn’t it in the marketplace already? Is it what the user wants? Also, does it increase the risk in the DFMEA as a fatigue issue?

For me, this is just yet another designed-in-a-vacuum-what-I-think-is-cool student project. In terms of hiring, I’m going for the person who does not have that project in their portfolio.

I think that is judging it a bit harshly, but I understand that having deep domain experience makes any of us much more critical. I know whenever I look at conceptual footwear or CE projects I find it harder to suspend disbelieve and not think immediately things like “how do you get in and out of the narrow throat opening?” “how would a foot be able to flex in that?” or “how many daughter boards is that thing going to have to get buttons in all those locations”… not to mention understanding the retail landscape and asking who is going to distribute it in what channels… So, when viewed that way it maybe doesn’t pass your test for hiring. But I think it can be viewed more as a vehicle to show off some skills and some core thinking and from that perspective I think it is a nice project. If anything, because it is realized to such a high level, it might make people more critical.

This is actually an edited version of this paragraph. The first was definitely harsh. The problem remains there is no credible evidence that what is on the OP’s behance page is true other than a pure styling exercise on a highly regulated and functional product. The behance page implies much more than a styling exercise.

COGS? DFMEA? Impact strength? This is a student project done by a single person, or am I wrong? A lone designer with probably very very little industry experience if any and probably no engineering or business background (I assume). I think for all that it is already more in depth than most student projects.
Of course it is a design made within a design-student bubble. That’s usually in the nature of most design schools.
If I would hire someone out of school I would be very aware of them not being professionals who already know everything. A student project shows more about the mindset of the student and their willingness to work in “fringe” areas of design instead of designing another car or another pair of sneakers for the young urban millennial. This is not an actual business proposal.
Of course he could have shown more than one solution to the problem. I think showing a whole range of quick and dirty FUNCTIONAL prototypes would have really elevated the concept and shown that he likes to tinker on stuff until it is kinda plausible. And yes, adding bluetooth is like one of those ideas that only sound good until you sleep on it for a night. BUT he will learn all that very quickly from his colleagues who do this for many many years already, and in no time he will talk about COGS as if he has never not considered it in any of his projects. 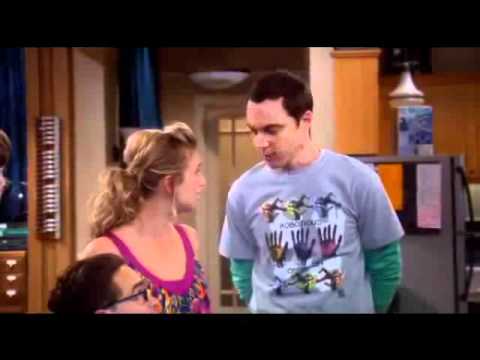 Adding electronics to anything (not to mention bluetooth) that doesn’t need it just adds so much cost and complication… especially in something that is so heavily regulated and with another functional science project added in of modularity. I think it comes from McKinsey or Bain but there is something called the “1 step principle” … to paraphrase how I’ve heard it stated in new product development basically you should only take one step away from the current product offering to make a successful (time, cost, easy user/retailer/sales understanding) product. So in this case adding a functional use of electronics would be a single step, adding modularity would be a single step, adding both would be two steps and have too many inherent risks. Like anything these platitudes can be distorted to block good ideas, but I’ve found this one helpful to argue against feature creep.

Iab, your points are well made and valid, not arguing there. I guess I’m just wondering if this level of thinking/knowledge isn’t too much expectation on the level of project? Some of that answer depends on the parameters of the project. Was this a couple of weeks of work, or an entire term? Were their opportunities to show professionals in the field and solicit their feedback?..

Lastly, I’ll say this is a good argument for how to use this forum differently. Instead of posting a final project, posting it in progress could have had the positive effect of getting this feedback when the project was at a lower fidelity state and it could have influenced the final. I just wrapped up teaching a term at the New School of Architecture and Design Domus program and I encouraged my students to post in here as they went to seek more feedback outside of myself and the professionals I brought… but not a single one did. They wanted to wait until the project was over. That in itself is a learning process.

This is a student project done by a single person, or am I wrong?

Did you bother with looking at the behance page?


If you want me to go on, just let me know. The fact of the matter is if you want to do a styling exercise, fine, do a styling exercise, but don’t try to pass off research/data you did the night prior to your critique as anything other than bullshit. The OP needed only to review ideas with a single physical therapist to discover some actual data. And you think that is asking too much of a student? Really? Why is that?
_yo December 15, 2017, 5:27pm #12

The OP needed only to review ideas with a single physical therapist to discover some actual data. And you think that is asking too much of a student? Really? Why is that?

Fair enough. It would have been very easy to do a qualitative interview with one or even a few physical therapists and document that. They could have been brought in early in the process, as a mid phase feedback loop, and even at the final crit. What would be more than convincing to your professor than brining in a professional to the critique to validate the concept?

@iab
I take all of your points and don’t want to imply in any way that you are wrong.
I guess I was just a bit surprised by the harshness of your evaluation because when you look at student projects in general you usually get stuff way below this quality and I am pretty sure none of us can claim that our student projects were all bloody brilliant. At least mine weren’t, especially with hindsight

. But you are probably right, it isn’t a healthy approach to praise the one-eyed king in the land of the blind.