There is an article in ABC today about dressing at work and it’s relationship with success and perception of professionalism. 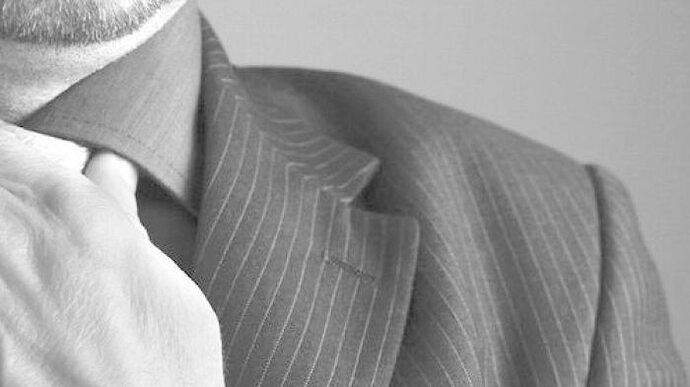 Dressing down no good for getting ahead

If you're sitting at a desk wearing thongs and shorts right now, almost half of Australians think you will never make it to the corner office.

I am working in house as a designer in a company which is pretty old fashioned. I have to wear a collared shirt, but I seem to be getting away with wearing my jeans and nike’s. I would much rather wear a tshirt but I don’t think my boss would like it very much as I am in the office with the sales and management people. I also can’t listen to music at work and get funny looks for some things which would be normal in a typical design studio like having a mini stone henge on my desk and a Domo plush toy.

To me this is not the most comfortable way to work, but I am putting up with it for the moment as this is my first design job out of uni, but I can’t see myself staying here for more than a few years because of the conservative nature of the place. If I had it my way I would be listening to my iPod and would have toys and cool sketches all over my desk and office.

I just wanted to know if anyone else is in/ has been in this situation and what they did about it. I don’t mind wearing a shirt but listening to a fountain all day is starting to do my head in and cramp my creativity.

Try to take the conservative dress code and make it as un-conservative as possible while not breaking any rules.

Wow, that was probably the most unscientific crap I read in a long time:

“The Reuters/Ipsos Workplace Attire Poll of more than 20,000 people across 24 countries has found that in Australia, 44 per cent of people believe that if you dress casually for work you will never make it into a senior management position.”

They took the result of that survey and turned it around completely to “prove” that one candidate for prime minister
in australia was not dressing accordingly.

Well, he finished a triathlon in “speedos”: 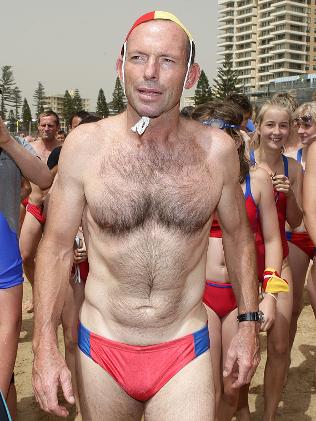 You see, what a f*cking political spin this article is? You could turn that headline arround: “56 percent of all aussies believe, that you can make it to the top, not wearing corparate bore suits…”

The tie is a goner, now.

I have to wear a suit once ot twice a week, too. That’s not a problem. Just has to be the “right” one.

Well, at least you didn’t go through four years of design school being required to wear a collared shirt and tie (even if it was with jeans); we were told to get used to working in an office situation.

It is not all about what you’re wearing, it is about how you wear it. Feel comfortable. Be sure it matches your personality.

My McGregor corduroy sport coat (with leather elbow patches) softened the look quite a bit.

Sorry guys, I’m just old enough that if you’re wearing a T-shirt in the office I’m going to be wondering if I missed the memo… is it bring-your-kid-to-work-day or something? You want me to take you seriously? Dress like a professional.

Try to take the conservative dress code and make it as un-conservative as possible while not breaking any rules.

That’s a great blog. I also like this one but it’s in a more USA Midwest sort of way.

At my work its slacks/button down three days, jeans/polo 2 days. I feel more comfortable in jeans and tennis shoes and I feel like it comes through in my work better.

I was told you always dress for your next position.

I work with a lot of call centre staff. This seems to be the job-of-last-resort and I’ve seen people come to work in stuff I wouldn’t leave the house in- tracky pants, ugg boots, crocs.

Their next position is on the couch in front of the TV, packet of chips in one hand, scratching themselves with the other.

I’ve never understood designers who can’t dress well. We are (at least in part) in the business of making things look good, are we not?

agreed, and you don’t necessarily have to be a fashionista, just stylish, and that can be very understated.

I think I remember that we discussed some time ago what to wear for an interview and came to the consensus that it depends on the corporate structure.
Being overdressed is just as bad as being underdressed.

I work for example in a design studio where you would look completely out of place if you were to wear a suit, which becomes blatantly obvious every week when the accountant comes in for a visit.
How are you supposed to run into the model shop wearing a three piece?! 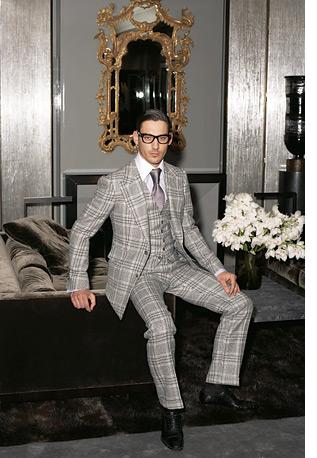 I have a huge problem with this. I know that I can’t dress for squat. I just started looking at the Sartorialist but those are all pretty expensive clothes. I’d love to be able to learn how to dress. (I’m not talking about for professional work or anything. I juss mean in general)

I have a huge problem with this. I know that I can’t dress for squat. I just started looking at the Sartorialist but those are all pretty expensive clothes. I’d love to be able to learn how to dress. (I’m not talking about for professional work or anything. I juss mean in general)

I totally feel you there man. I have a hard time carrying good looking clothes, and in the end I just feel like a clown. Solution so far has been buttoned shirt and jeans, and then usually let the shoes dictate the “level of casual”.

I don’t think there are too many other professions were one is expected to meld into the corporate structure (e.g. the suit world) while at the same time having to run a table saw or sling urethane out in the model shop.

Corporate “culture” is absolutely the guiding factor. Another o-l-d adage; “When in Rome, do as the Romans do.”

Right out of school I worked for a manufacturer of home entertainment equipment; we built proprietary lines for Sears, Penny’s and Radio Shack; shirt and tie every day*, three meetings a week with clients (you were expected to be wearing a jacket). While I worked for Vetter’s it was always blue jeans and a T shirt; it was a total “shop” environment (dirty, dusty, greasy, etc.) designing, prototyping and testing motorcycle stuff. Later in the mid-80s, I worked in a United Technologies Corp. engineering group on the USAF Space Shuttle on Vandenberg AFB; a complete “suit” job, daily meetings with our Corp. wigs and uniformed Air Force upper-echelon staff. Following that I went to work for a small manufacturing company; back to button-down with tie and blue jeans. I designed and built models but preferred to maintain the “professional” appearance to stand out amongst the other guys on staff, most of whom wore Ts and polo shirts.

Whether we want to admit it or not, most of us pay closer attention to someone that it “put together”.

Wearing formal clothes (even “nice” ones) takes good amount of time getting used to.
Like driving an expensive car.

Most guys don’t feel “at home” in a whim. And making it look natural takes a generation or two.
P.Diddi says…

My Boss tends to wear his tie like that, if we come into the corners of the company, where
the greasy stuff happens. But for me this is no acceptable solution in “design terms”.
It’s a compromise and compromise is bad design per se.

As most colleagues dress down even more a nice jacket and Dockers are my way to distinguish
myself. Top priority are shoes. So many men buy 3k watches and 50pence shoes…

When I first started working at my current job (gah! 8 years ago already, sh!t) it was dress shoes, dress pants, dress shirt and tie. I thought the management and owner were very old school with how they thought a designer should dress (considering we are a returnable packaging and material handling manufacturer) so I just dealt with it as I started in a part-time Jr. Designer/Prototyping position and didn’t have any other real options. The Design Manager at the time also wasn’t down with the dress code and over a couple months we got rid of the ties, then later on phased out the dress pants to something a little more casual. Eventually we were down to casual button downs, jeans and runners (always with a pair of steel toes under the desk in case you had to go out on the floor).
Eventually my manager resigned and moved out west on to a better position and I took over his post. I’ve upped the dress code a bit to semi-casual (no jeans, no runners) and maintain the collard button down (tucked in). I attribute this to a little maturity on my part and to some kind of epiphany I had the first time going to Paris where I felt like a total slob dressing the way I did amongst so many stylishly dressed people.
The link that Yo has for The Sartorialist is a great example. I’ve been checking that for a few years to try and up my game. You don’t have to get the expensive threads to get the look.

On the music issue, I don’t know what your office layout out is so I’m not sure how you could get away with it.

Lew, you can always bring it back!

So many men buy 3k watches and 50pence shoes…

Lew, you can always bring it back!

Wow, cool. Didn’t know them, as they are not in EUROPE. (shame) The Florsheim by Duckie Brown collection
looks like it belongs to me. I am on a hunt now!