Dream designs to deal with this harsh winter...

I’ll go first… an ultra light heater that goes on the front of my bike instantly melting ice and clearing snow.

Taking it one step further, for the daily commute - hoverboard and second skin suite that keeps me at perfect temperature and shields me from the weather.

I saw a guy last night (icey, 0 F temperatures) riding his bike in downtown Montreal. He had some kind of motor-cross helmet and goggles on that made him look like Darth Vader. He just needed a boom box with Vader’s theme on it. Intimidating looking bike too, with really high handlebars and a flashing LED light on the front.

An 8oz travel mug that holds approximately 24-32oz of coffee/tea without additional weight or bulk. Made possible by the company that brought us the hoverboard.

A jacket that instantly turns into a backpack at the press of a button, for when you walk into your office and the popsicle that is your body starts to melt.

Oh oh I’ve got another one. A bike helmet that doesn’t make me look like a dork, and heats my face.

some way to remove my thermal undies without having to shuffle off to the john and take my pants off.
Like those awesome button snap basketball warmup pants, but inside!

I wouldn’t mind some sort of heater for my wheel wells to melt off the literal tonnage of snow and ice packed in there…in the same line, heated wheels would be nice too (or maybe hydrophobic coating so the ice can’t stick to them?)

Hah! I could totally use all of these…
Speaking of second skin how about a bionic implant that regulates blood temperature to keep you warm.
This cold weather company could focus on transportation, a dab of medical, and a lot of magic.

Or get a job in SoCal

Or get a job in SoCal

Sorry. It’s my second winter here and it still blows my mind.

Taking it one step further, for the daily commute - hoverboard and second skin suite that keeps me at perfect temperature and shields me from the weather.

At least in Salzburg we aren’t experiencing winter at all! Where is the f* snooow!
However, I’d be keen to have one of those hoverboards and suits.

A front wheel drive car that drives worth a damn in the snow.

Sorry. It’s my second winter here and it still blows my mind.

Ya know, in the thirty-six years we’ve lived in California it’s changed a lot; more pople, way more traffic, politics, taxes have gone crazy, etc. The wife and I were thinking, we just oughta sell our place here in Pismo Beach, take the money and pay cash for a place back in Indiana near where we grew up; closer to her family, a couple of acres, maybe on Lake Freeman, north of Indianapolis, it’s not the Pacific Ocean, but hey, it’s water… .

A front wheel drive car that drives worth a damn in the snow.

You need a Subaru my friend. Screw front wheel, go all wheel.

If we are talking about this one in particular, I wouldn´t say no 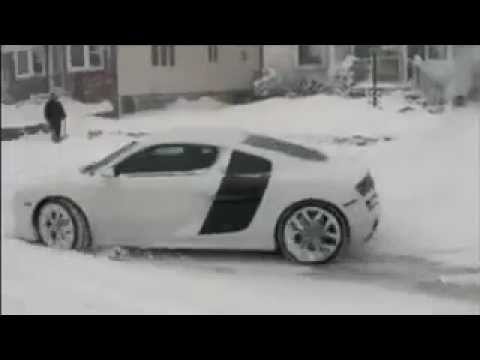 You need a Subaru my friend. Screw front wheel, go all wheel.

My dream is not to have awd. I don’t need it or want the associated cost.

Last year we got 9 inches of snow, I didn’t need awd. This year we are over 50. Lots of little snowfalls, no big ones keep the roads a constant mess. The other 300+ days a year are fine for fwd.