This is why the sprawling hangar-size rooms of Ford’s Building 4 are full of machines. Machines that open and close doors, robots that rub padded appendages on seats, treadmills that spin tires until they erupt in a cloud of white smoke. There’s even a giant bay where an entire Ford pickup is held up in the air by pistons that violently shake the vehicle by its suspension. Officially, Building 4 is about reliability, but it’s actually more about inevitability. Ford isn’t trying to ensure the gas-pedal hinge will never break. The company knows it will break; its engineers are trying to understand when—and how and why—this will happen.

Then, I read this:

This is why I still have doubts over Tesla and Fisker. Cars are so complicated and a small manufacturing error can mean dead drivers. A small start up like Tesla or Fisker that are trying to leap ahead of the industry is a real hail mary.

I have to say, I’ve grown a little more optimistic with Tesla. They seem to understand the risks and are going much slower than they seemed to suggest earlier on. Fisker seems to have shipped a bunch of cars that were in serious beta stage.

A new car built by my company leaves somewhere traveling at 60 mph. The rear differential locks up. The car crashes and burns with everyone trapped inside. Now, should we initiate a recall? Take the number of vehicles in the field, A, multiply by the probable rate of failure, B, multiply by the average out-of-court settlement, C. A times B times C equals X. If X is less than the cost of a recall, we don’t do one.

I think a lot of people have the same concerns. Ultimately only time will tell but keep in mind most of the “Fiskers Catch Fire” stories are limited to those of us who spend all day on Autoblog. If the cars end up going more main stream, the real question will be is Joe C. Surgeon going to actually read about the fires, or just hear his friends talking about it and buy one so he can be more smug.

Either way, Ford sold a whole lot of Exploders.

Ford also kept the Explorer problems secret for a long time. Didn’t it hit the media after production was over? We’ll see if Fisker/Tesla are that adept on the legal side.

I don’t think it’s really fair to put Tesla and Fisker in the same category. Fisker has always been trying to do this on the cheap from the beginning. They essentially subbed out the entire engineering program to guys like Valmet. It was an interesting approach, but it seems not to have worked all that well. The car didn’t meet its performance targets, and clearly has some pretty serious quality issues.

Tesla started out that way with Eberhard, handing over most of the Roadster engineering and assembly to Lotus. But when Musk took over and they started on the Model S, they took the time to build an excellent engineering team, and a really good factory. They poached a lot of high quality people who know how to design and build cars, and by all accounts, they have built a great one. It looked like a crazy and expensive move, but it was something that will pay off.

A lot of the durability test rigs described at that Ford facility are legacy relics. Simulation has advanced so much in the last 10-20 years, and it has made much of the physical component testing redundant. A huge company like Ford takes a very long time to change its ways. There’s a lot to be said for coming in with a totally blank slate and building a company the way you would without those decades of dead weight.

If I had to bet, I’d say Tesla will make it, and Fisker won’t.

Ditto, Scott. Fisker is garbage. The New Telsas seem to have the kinks worked out, and they’re likely here for a while.

I think Henrik Fiskar should be head of design for Tesla (that would be interior / exterior styling, not engineering design

) I believe he is one of the most fluid and talented creators of rolling sculpture, the Fiskar Karma, BMW Z8, Aston Martin V8 Vantage, are examples of his work - but a savvy businessman he is not.

don’t downplay the value of physical tests. We do a lot of FEM and labratory
work. Never the less we also do field tests before introduction of a new product. Often quirks
are detected only then as customers use the product (packaging) in a way we didn’t foresee,
lest intend. These are goods of low complexity compared to a car. So I am all for Ford stressing
the hell out of their axles or whatever.

Snider: Anyone that can raise millions of dollars to start a car company is a savvy businessman in my book. I’d have trouble getting $2000 of investment hehe.

As for Fisker’s design, the sculpting is nice (done by a team of other people). I’ve always found the front end of Fisker’s own designs to be a little too fussy. When Aston gave him their front end, he did a much better job.

Scott B: In the article, Ford also describes the virtual product testing. They say that is where their resources are going now and that the physical tests are just to verify the results.

As Mo-i says though, there are somethings that are difficult to predict, especially the squishy human bit behind the wheel. Even with plastic parts though, I have doubts on a computers ability to predict all of the potential failure modes of a part. Defects are unavoidable in millions of products and a few will make it past QC.

Also, I agree with your analysis, Tesla seems to be taking this effort much more serious. I think Fisker is going to be the Zimmer of 2010.

don’t downplay the value of physical tests. We do a lot of FEM and labratory
work. Never the less we also do field tests before introduction of a new product. Often quirks
are detected only then as customers use the product (packaging) in a way we didn’t foresee,
lest intend. These are goods of low complexity compared to a car. So I am all for Ford stressing
the hell out of their axles or whatever.

Sure, for some things there is no substitute for physical testing (fabric durability would be a good example). But it’s much less compared to what you used to have to do, where you’d have to iterate a design multiple times based on test results. Now in most cases you can just do validation testing to make sure your simulation results are good. Tesla does a lot of testing of complete cars in the preproduction phase, since those component interactions are difficult to simulate. But torsion testing an axle on a test rig? I’d be surprised if they bothered. I’m sure Ford has a whole axle test building somewhere filled with dynos and a staff of operators. 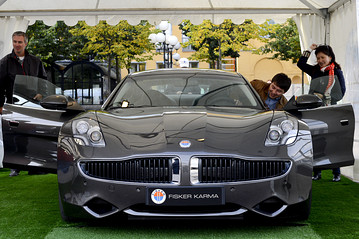 Electric car maker Fisker Automotive lost more than 300 cars when its entire European shipment was flooded last week at a New Jersey port due to Hurricane Sandy, VentureWire has learned.

If they really get reimbursed the term
“fire sale” will have a new meaning from now.

Yeah a lot of automakers are in that boat. Port Newark is one of the biggest automotive ports on the east coast esp for cars out of Germany. You can bet there were a whole lot of drowned imports that make the couple of Fiskers pale in comparison. I already got reports of a bunch of people on the BMW forums who lost cars that were 2 days away from delivery. 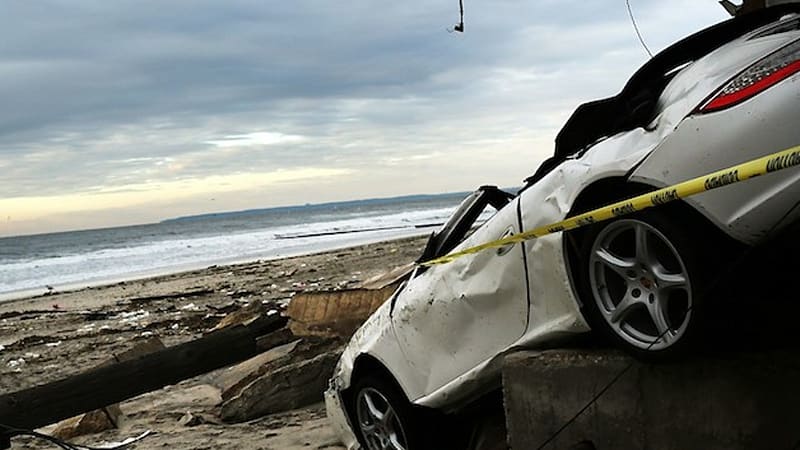 Hurricane Sandy was the largest Atlantic storm in US history, and its total economic impact is just now coming into view. According to Automotive News, Toyota, Chrysler, Nissan and Honda are set to scrap around 15,000 new vehicles ruined by the...

Insurance…but just check the policy for “acts of god” …