Don Norman still does not understand after all of these years

Any one know why D Norman still does not understand why all designers need to know how to sketch and draw in order to think? Is he really that dumb? The cringe factor increases with each interview he does from my perspective. I agree with him on the perversion of Design Thinking however.

Starting at the 28:57 mark, he reveals his stupidity. 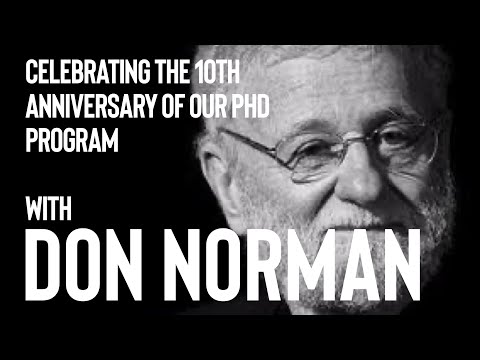 It’s interesting that from a 40-minute discussion, you focus on a few sentences from a man who didn’t have a design education. I think he is right to the extent that some designers will ultimately operate in areas where their core skills won’t be used but the reality is that most designers don’t know what they will ultimately be doing. Sketching isn’t a requirment for thinking - it’s a method of organizing, documenting processes, and communicating. It’s a visual form of writing, we are all taught to write - we aren’t all writers.

I’ll have to give it a watch when I have more time. I don’t think Don considers himself an industrial designer though. I mean he is a CogSci specialist who moved over toward usability. 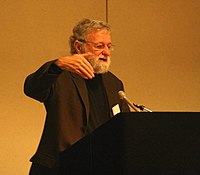 Donald Arthur Norman (born December 25, 1935) is an American researcher, professor, and author. Norman is the director of The Design Lab at University of California, San Diego. He is best known for his books on design, especially The Design of Everyday Things. He is widely regarded for his expertise in the fields of design, usability engineering, and cognitive science, and has shaped the development of the field of cognitive systems engineering. He is a co-founder of the Nielsen No Much of Norm...

Yo is right
He got an audience with ID’rs because of our desire to better understand consumer expectations and interactions with our products but really, we were the last to get on board and probably his smallest clientele.
But thanks for posting, the more exposure he gets among ID the better.

It’s funny, Norman visited our department and our late professor used to expose the same things about the big Don several times - but that was probably because we as students were fangirling about on his books… Didn’t do away with the fact that we still liked Norman’s thinking about usability.

I do think every designer needs at least a 40-hour course in drawing because the acuity in putting sharp lines and circles on paper helps in our thinking, no matter if we’re creating physical products based on 3D renderings or services based on flowcharts and other abstract diagrams. We need to learn to draw, and everyone can do it based on a few basic principles.