I don’t often splurge for cheap pizza, but I find that Dominos is my favorite in the fast food pizza category. Today I ordered online from their web site and must say I was quite impressed with the interaction design and branding.

When you order your pizza, there is a nice orthographic rendering of your toppings and crust. Also, there is an order tracking system that trumps that of UPS and FedEx! I’m impressed Dominos. If only web sites for more important products were as well designed as yours. 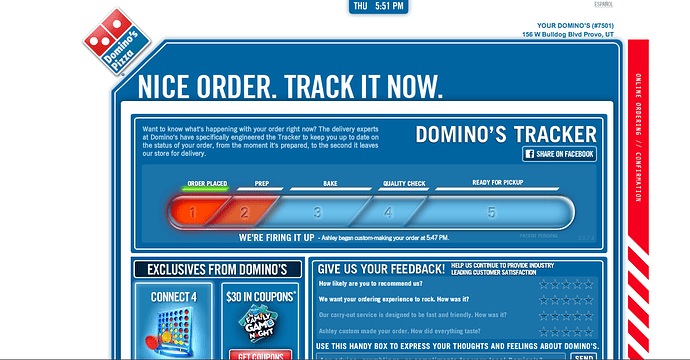 It seems Dominos is reinventing itself a bit. I saw your post on Friday and then this link on a blog: 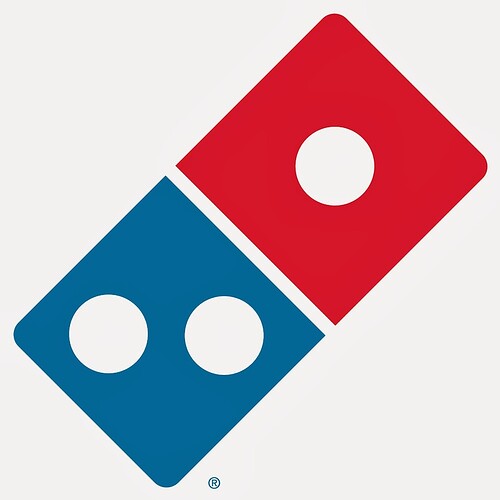 Welcome to the official YouTube channel for Domino's Pizza!

I had written them off a long time ago, probably haven’t ordered from them in 5+ years, but I thought what the heck and ordered Friday night and had the tracker in the background, it was pretty accurate. Oh, and the quality of the pizza has gone up quite a bit, i’d take them over Papa Johns, Caesar’s, or Pizza Hut any time. My only gripe was that the dough may have been under-cooked in the middle, but I only noticed this after a re-heat so maybe it was condensation. All-in-all, not bad, not Pizza Luce, but not bad.

Interesting you guys posted about this. I heard on NPR that Domino’s was considered the worst tasting pizza in their catagory. As a result they will be re-fromulating their pizza. So, it may not be your favorite anymore.

Interesting you guys posted about this. I heard on NPR that Domino’s was considered the worst tasting pizza in their catagory. As a result they will be re-fromulating their pizza. So, it may not be your favorite anymore.

You mean they will be as in again? Because apparently they just did reformulate it with all new garlic-butter crust and red-pepper spicy sauce for their 50th anniversary. Definitely a step up from before IMO. The nice web site was just the initial experience.

Caesar’s on the other hand, has gone way downhill. Their competitors are offering $5 pizzas that are a lot better. They used to be pretty decent back in the early 90’s, but now it’s some of the worst.

Anyways, the blogger that had the video posted was talking about how the GOP should follow Domino’s example and have an honest, transparent reinvention by airing the grievances of their constituents and showing the action they’re taking to change things for the better. I don’t think that this tactic is altogether unique, but with with advent of YouTube and social networking it has become more visible and accessible.