Looking for a direct metal laser sintering house. I would like to make some stainless bicycle lugs. Basically 2 38mm tubes with a 1.2mm wall conjoined.

I’ve done the random Google thing. How about a recommendation instead?

I did some quoting a while back. Crazy expensive. Is machining them out of the question?

I got quotes from Quickparts and ProtoLabs (Fineline Additive Manufacturing). The bigger companies are acquiring the smaller guys + I have a feeling they might also be outsourcing some of their jobs to prototype houses in Asia as well.
Best bet is to get 3 quotes and talk to them about the material and finish since it will make a difference.
At the end we ended up getting the parts we needed machined in SS from a prototype house in China, but it would take about 2 weeks lead time.

I have an rfq from Star out of China. I’ve used them before. Fineline threw me a crazy high number then I tried a random place and they were 1/3 the price of Fineline. I’d like to stay away from random picks but this is a new process to me.

As for machining, I have gotten 3 no ways so far. Complicated 6-axis stuff with a think wall. I imagine making the fixtures to hold the stuff could be a problem.

I am also looking into a rapid investment cast. Print the parts out of wax, etc.

Here are some screen grabs of the models. 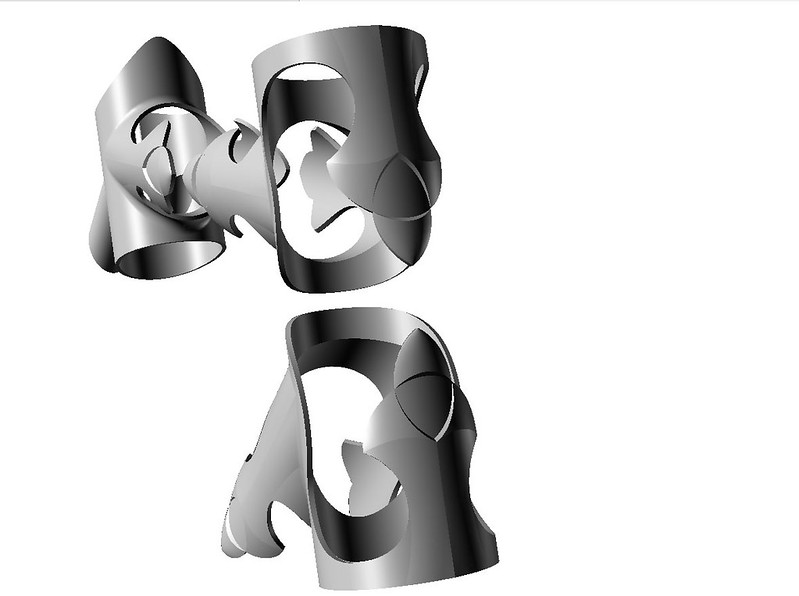 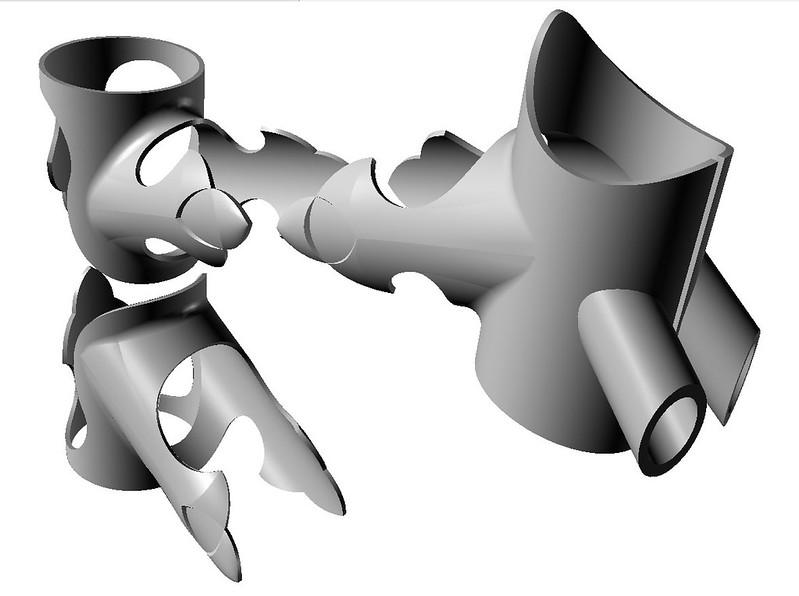 Same here. I was very hesitant to use DMLS because of high cost, prices varied so much, and tight tolerances were a must… and all 3 bureaus had different orientation & finishing options.
We have used RP prototype in China.

You can contact them and see what they say.

While an interesting material, I need the strength of stainless.

You can prob can find someone with a Formlabs and casting resin to get you a quote. Will be cheaper than Shapeways. etc.

I think direct investment casting from a wax RP will be less costly than DMLS.

I think direct investment casting from a wax RP will be less costly than DMLS.

I think you are right, but it is too early to call at this time. Not a lot of places like making a one-off, rapid IC or DMLS. I have a lot of rfqs out there but not a lot of replies.

I need to start to call with a follow-up. You get a better response.

You can contact them and see what they say.

Can’t hurt. Thanks for the lead!

With what process did you end up making these?

Haven’t used them for this yet, but Forecast3D has a couple of laser sintering machines. 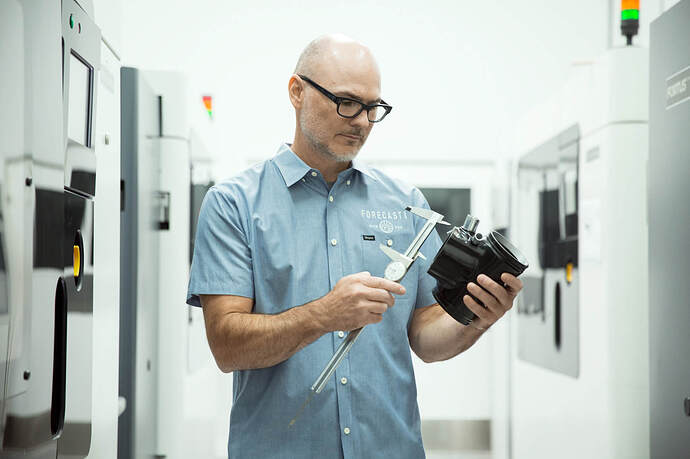 I made a single sample from DMLS. Unfortunately the geometry was such that the support material did not support. I got a “warp” on the finished part. The ID of these parts need to be +/-0.2mm. The warp blew that spec out of the water.

I did find a shop for DMLS and they can rapid machine the parts too, but it is about twice the cost for the rapid machining.

Since I posted this, my company was acquired by another company that is the second largest customer of GE additive (GE aviation is #1). I met the R&D guy in charge of our additive tech. I can’t use it for personal projects, but I hope he can determine a way to eliminate the warp.

Haven’t used them for this yet, but Forecast3D has a couple of laser sintering machines.

I did get a quote from them. They were somewhat competitive, but not as good as others.

I know at least that there is being worked on software that precalculates the warp in DMLS and adjusts the mesh accordingly.
So that would make it worth reevaluating its potential for these one-offs. But in my experience the AM-made parts are always weaker.

But in my experience the AM-made parts are always weaker.