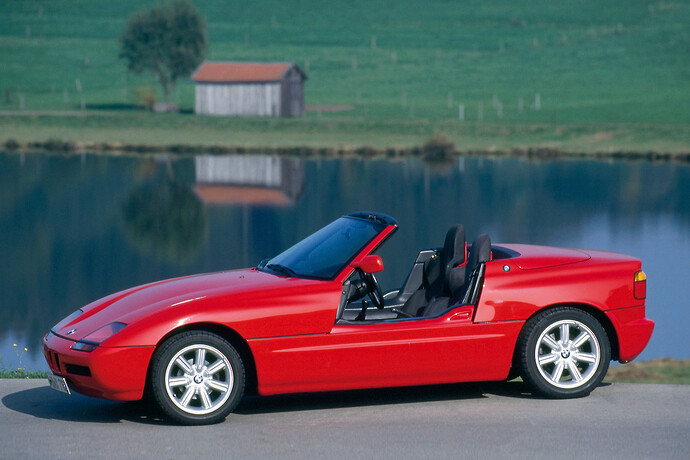 Are disappearing car doors the next big thing - ZeMotor Blog

The idea of a disappearing door is not exactly new. In the 1980s, BMW dared to dream up the idea with its Z1 models. Former California-based

I thinkâ€¦…it is one of the interesting concept for automobile industry.

It gives a great flexibility to designer for new ideas in door. (provided these doors should have side vertical sliding path.)

Excellent concept with real life practical benefits as shown. The design must consider and address emergency situations: accidents (how the use of jaws of life would apply); electrical failures and others.

At the same time we can’t ignore the simplicity of a mechanical door with hinges.

I saw that a while ago on a car forum. Later, I saw the prototype Lincoln for sale on ebay. I’m betting the guy is out of money.

As for space utilization, scissor doors or gull wing doors solve the same problem, just a different way. Both solutions take a little more engineering that the conventional car door, but a lot less than this concept.

For example, a gull wing takes locating hinges in the roof, requiring reinforcement. Plus, it needs some kind of spring or hydraulic assist to keep it open. That’s complicated and expensive. The disappearing door requires a sandwich floor, rails, an electric motor and some system to pull the door down. That’s even more complicated.

The gull wing and scissor door have the advantage of leaving windows closed and opening the door too. This system requires that the window go down at the same time as the door.

The one advantage it does have is head clearance, but that’s a pretty tiny advantage according to me.

Another problem that I see is winter. I live in Montreal, and sometimes my windows won’t open after a freezing rain. With this door, it would either not open or it would let me burn the motors up in the window and the door.

Last problem is rear doors. Rear doors often have a portion over the rear wheel. This design would not work on that type of door.

So in the end, an over-engineered solution to a very tiny problem that will probably bankrupt the inventor.

Yeah, though novel it looks like an over-engineered design. Let’s Keep It Simple Shall we?

Though this design approach seems to be interesting but we canâ€™t neglect over-engineering & emergency requirement or weather effects.

But, I will definitely give score for their unique design approach.

Another point, through this design they have managed to use only vehicle space envelope otherwise in any other cases you will be using some more space around the vehicle.

BMW had a similar system many yrs ago - the door dropped down rather than under. The system here looks bulky but I would have thought with development the system could be very effective, especially for small cars and convertables(sill strength is maintained or increased). If you look at the scissor door arrangment employed by Mini and Mazda RX8 you could make an argument for this being a much more elegant, practical solution and no more complicated. The only prob for me is a loss of space in the chassis which might be used for other purposes

The doors on BMW’s excellent Z1 did go down, but they simply slide vertically, not under the car.

I thinkâ€¦…it is one of the interesting concept for automobile industry.

It gives a great flexibility to designer for new ideas in door. (provided these doors should have side vertical sliding path.)

Also saw this a few months ago on http://jalopnik.com/

Somewhat cool initially it has problems

I found a story regarding this disappearing door.

"The 1993 Lincoln Mark VIII Rolling Door Concept Car was designed back in 1993 but never made it to the market because, well, it’s ridiculous.

Basically instead of opening, the door just disappears into the car. There’s an eBay sale of it going on (right now at $19,000)"

http://www.geekologie.com/2007/07/1993_lincoln_mark_viii_rolling.php
so, these expensive, over engineered & exotic/ cool solutions for door opening can not withstand practical solution. 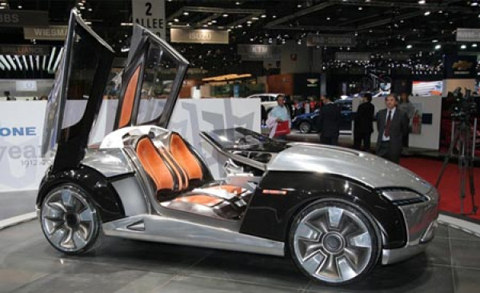