Digital sketching on the iPad?

So our sketching tutor has been pushing us to transition towards digital sketching therefore we’ve started learning some basic techniques on Photoshop. I’m tempt to purchase a Wacom like many people. I thought since I have an iPad I could possibly make use of it as a graphics tablet to create a Cintiq like experience.

I’ve heard that the transition to digital takes quite a while to adapt especially given that when you draw on a graphics tablet that has no screen for instance which I think the iPad come in helpful.

Maybe there are some major drawbacks like benefit of a bigger screen on computer? But what we’re doing at the moment is to use mask layers to makes shades and brush tools for render.

The idea is that I’ll get a pressure sensitivity enabled stylus, possibly a Wacom Intuos Creative Stylus coupled with the Procreate app on the iPad which I heard it’s quite powerful with layering, custom brushes etc. As far as I know on the iPad it seems to be the best right now. Sketchbook Pro has a limit on layers and Photoshop Touch is very stripped down.

My question is that would there be any major disadvantages that I have sketching on an iPad as part of the workflow in a project versus a full fledge Wacom tablet? I’ll like to hear some experiences before I make a decision. As a note there isn’t much discussion on iPad sketching here.

The Wacom Intuos Creative Stylus is on sale. 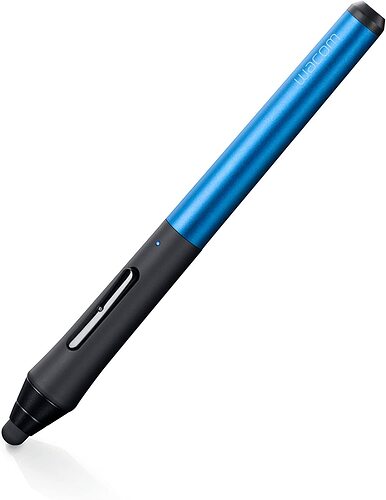 Quite tempting at the moment.

If you can get a Cintiq, that would probably be the best way to learn digital sketching. It’s as close to the real thing (sketching with pen and paper) as you can get. You get lots of physical real estate to work with. I personally wouldn’t recommend getting a regular tablet-- there’s a learning curve for the unnatural experience of not looking down at what you’re drawing. Does your school have labs with Cintiqs that you can try out before buying?

If a Cintiq is too cost prohibitive, I’ve heard of (but never myself used) products from yiynova. Their tablets are supposedly comparable, and for about 1/3 the price (if I’m remembering correctly) probably good enough. Graphic design friends of mine have used them, and so I imagine that if it’s good enough for them, it’d be good enough for me as I really only use a Cintiq for sketching (I find the resolution on the screen annoying as compared to the crisp image on my MBP.)

Can anyone here weigh in on sketching on an iPad though? Is it worth dropping 4-500$ for technology that’s not quite there yet (for the purpose of sketching)? I was in an Apple store yesterday and played around on the ProCreate program and was pleasantly surprised at how far it seemed to have come since I last tried out sketching on someone’s iPad (about a year ago.) But I didn’t have a stylus on hand and neither did they, and I’ve been told that the experience of sketching with a finger is better than using a stylus (?) so I’m a little hesitant to buy something before I know exactly how it’s going to work out.

I’m wanting one now since I’m going to be a little bit more mobile in the near future and want something that I can sketch on at all times without having to carry a billion markers/pens etc in my bag.

The two things I’m mainly concerned about are:

And while we’re at it… can anyone recommend any specific stylus/styli?

The http://www.fiftythree.com/pencil Does away with the palm rejection. Always gets high praise in terms on sketching with it.

So after doing a bunch of research, I ended up ordering the Adonit Jot Touch 4. A friend of mine uses it professionally (she’s an Illustrator) and gave it high praise, so I’m trusting that it’s worth it. She says palm rejection technology isn’t great across the board but that this is decent. It also has shortcut buttons on the barrel, which I like and use with Cintiq, so I’m guessing these will help my work flow. I also like that it has a rechargeable battery.

The Pencil looks like a beautiful object, but I think I would prefer a more pen-type feel. Plus, it’s optimized for the Paper app, which I don’t really plan on using. I’m mostly going to use ProCreate.

I can’t imagine drawing with one of those soft bulbs that a lot of the styli seem to have. One review showed the bulb dragging across the screen… weird.

I also ordered this, as a cheaper version, just to see if it’s at all comparable. Could be a good, inexpensive option to keep on hand just in case.

I’ll post thoughts once I’ve had a chance to try them out.

I don’t have it but I’ve heard that the Wacom stylus for the iPad is pretty great.

I don’t have it but I’ve heard that the Wacom stylus for the iPad is pretty great.

It came down to this one and the Jot Touch 4, but I decided to opt for the tip that seemed the most natural. I also didn’t relish the thought of having to get new batteries every time a charge runs out.

I bought the stylus if anyone still cares and I’ll probably post about it in the next few days. Procreate is quite versatile by the way, liking it so far.

I’ve used quite a few of the larger, rubber tipped styli on the ipad, and have yet too be happy with any of them. My favored workflow with them would be to photograph a paper sketch, then paint digitally. They just don’t have the detail I prefer.

That being said, I was able to use the new Adobe Ink and Slide for just a few minutes, and came away very impressed with the hardware. The small tip and accuracy worked really well. The software it’s chained to, however, could use some work. The interface is easy to grasp, but doesn’t provide layers, which coming from Adobe, seems like a huge miss.

If I already owned a compatible ipad, I’d be asking the company to purchase a set to try out.

I’ve been using the Adonit Jot touch 4 and it’s been perfect. I see Adonit actually just released a new model with different tip and am a little annoyed as I would have maybe gotten that one instead.

Edit: and I see the jot touch 4 is no longer on their website but is available $20 cheaper than I paid for it on amazon. Just saying.

Overall, worth the cost? If you are a professional, hell yes. I would say it’s even a necessity if you plan on doing any serious drawing/sketching. The musemee notier stylus that I bought as trial backup is fine and probably great if you’re a casual user but is severely limited in the procreate app.

Not like sketching on a Cintiq. Better, if I may be so bold. Love having the retina display to work in and procreate is so fluid. And if mobility / portability is a must for you, you can’t go wrong with the ipad/procreate/jot touch 4 combo.