Hi all, a quick question that has been bugging me …

I have heard of modularity in two ways: 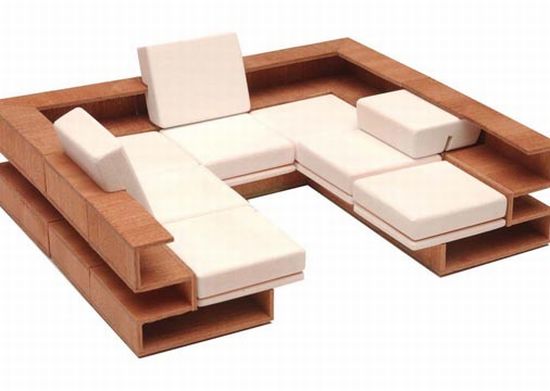 Is there a convention of differentiating them? And for curiosity, any modular designs you are a fan of?

And for curiosity, any modular designs you are a fan of? >

By far my favorite toy as a kid. Kenner Girder & Panel Building Sets.

Structures were erected on a 1/4" thick Masonite base board with a grid of holes drilled into it via a common vertical “post” and “girder”. There was a square “tenon” protruding out the bottom of the post that fit into the top of the post below it. Each end of the “girder” had a small dovetail that fit into one of the four dovetails on the top of each post. When the next tier of posts was inserted it lock the girders in place. I still remember how clever I thought that detail was.

The short “stud” protruding at the base of the post(s) and center(s) of the girders allowed die-cut, vacuum-formed “panels” to be applied to the exterior; classic curtail-wall construction. For the first two years the components were molded from polystyrene and were prone to breakage (especially given the very small cross section of the dovetails). Once Kenner hit on HDPE as the proper material the whole line took off. 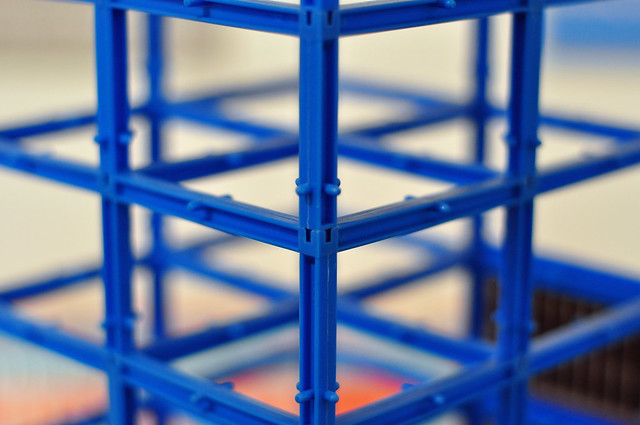 Over the years (1956 - 1965) Kenner expanded on the basic set and developed “Bridge & Turnpike” sets, and one that I literally spent hundreds of hour playing with; a “Hydrodynamic Building Set” that utilized modular plastic tank sections, valves, tubing, etc. The base was a large injection molded tank about 2" deep with a reservoir at one end that housed the pump.

All of these sets could be added to and inter-connected. 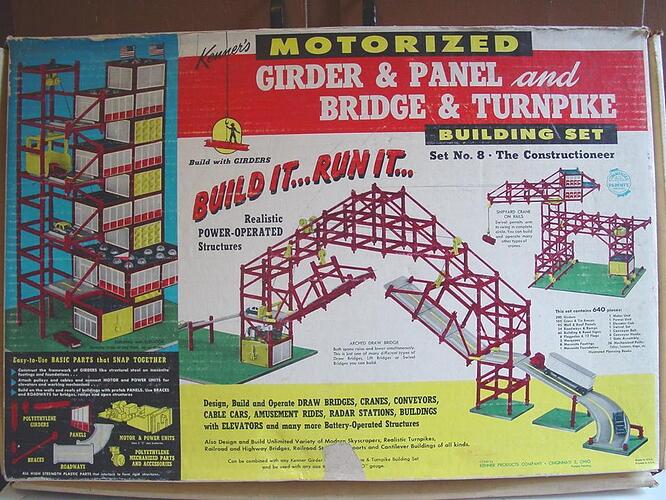 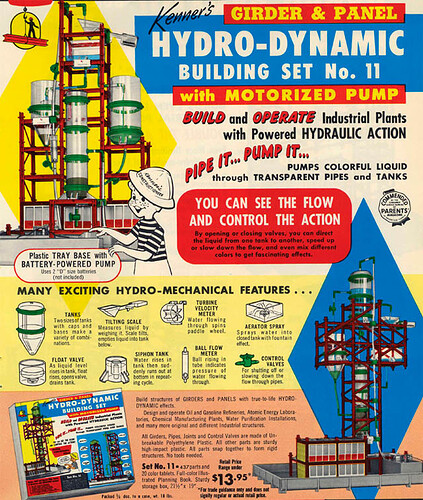 Kenner was sold to Tonka, Hasbro, General Mills, and Irwin. These sets can still be purchased today, now being manufactured by Bridge Street Toys. In fact … their Hydrodynamic Building Set was named one of the 10 Best Building Toys of 2012. 56 years, not a bad run.

Awesome, thanks for the post LMO. I can remember seeing the Kenner name several years ago / at flea markets.

That hydraulic looks like a lot of fun. I can’t imagine what some people did by combining the different hydraulic, suspension, motors, skyrail cars… nice that you also can’t mis-match the pieces. I couldn’t build classic Legos when the red/yellow/blue bricks didn’t match up.

I saw a toy called Tekton that seems inspired by the Gird & Panel:
http://www.drtoy.com/2009/08/15/tekton™-tower-a-girder-panel®-building-set/ 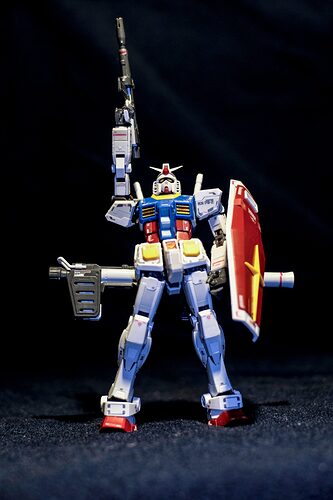 Ok. That’s on my sons Christmas list this year. Incredible.

Looking up some images of other old “building sets” I had leads me to believe that once injection molding took hold after the war it was toy makers that really exploited “modularity” for the first time. Mechano and Erector sets, and Wooden Lincoln Logs sets aside.

The original products were completely round with milled wood components (logs, roof trusses, slats, and chimneys). 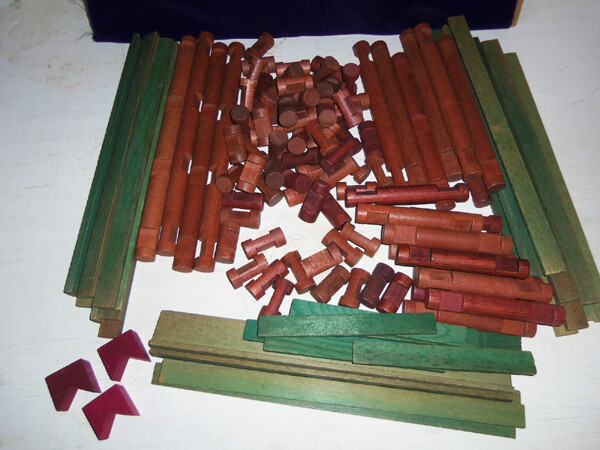 These were fun because the windows and doors would open and close. A little frustrating though because they didn’t weigh enough to prevent the structure from being disrupted when the window and doors were opened… … (how can I still remember that?) 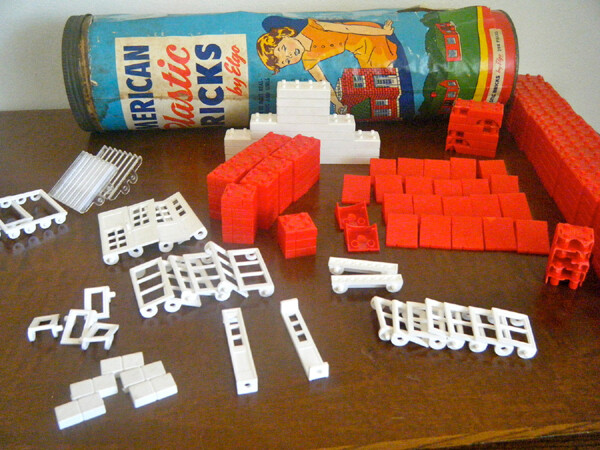 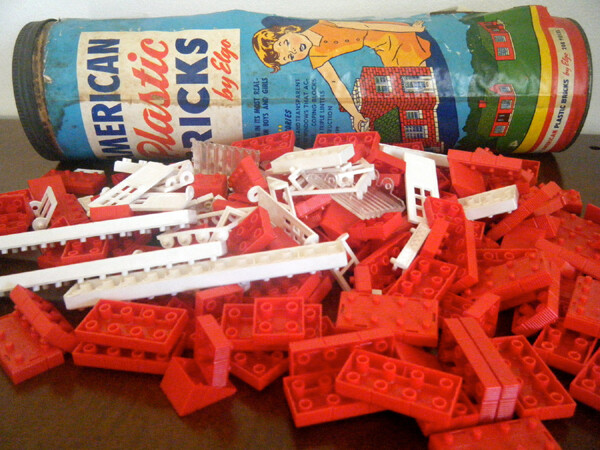 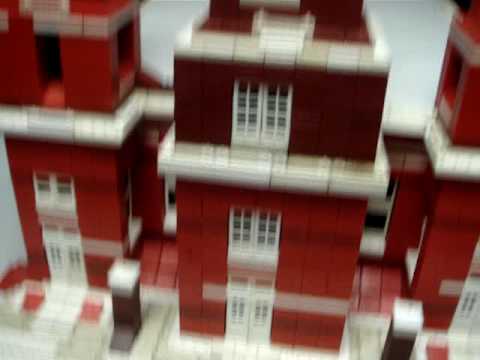 A lot more pieces (the basic set contain 500 pcs.), more complex to assemble, and not as much fun to play with as the Girder & Panel sets. 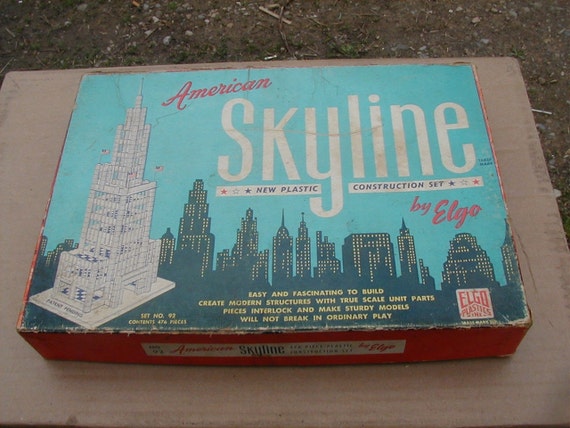 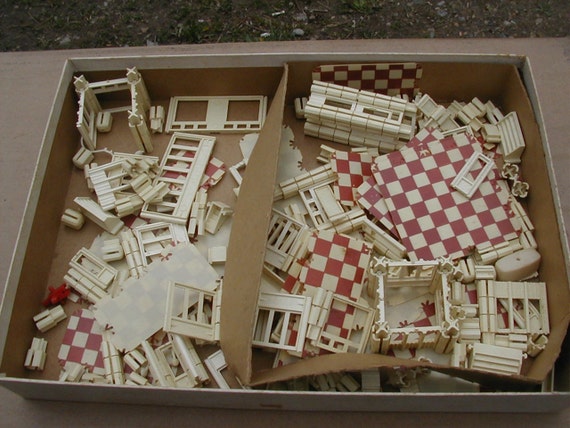 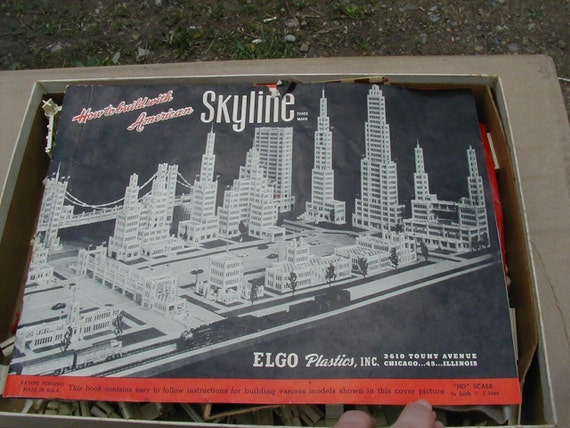 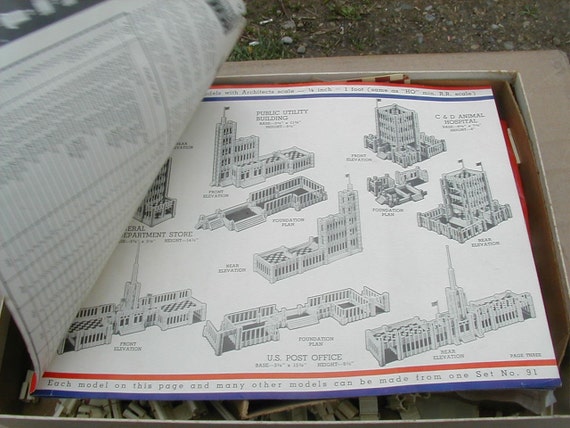 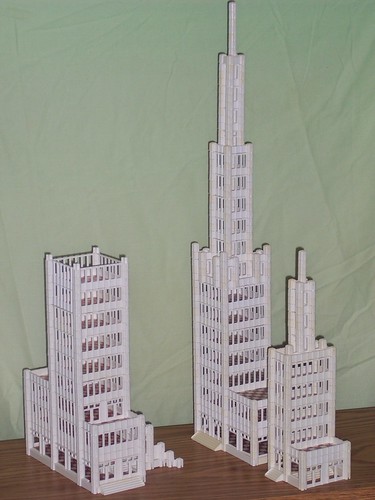