The economy being what it is,it was expected for this year’s Detroit show to be a bit of a downer, but there are some real surprises, and some great looking vehicles.

Both Lexus and Cadilac showed green vehicles. The Lexus is just a reskin of the Prius, but nice to see they are doing something else with the Prius underpinnings. The Caddy is a reskin of the Chevy Volt, but WAAAY better looking. Amazingly good looking really. I would be stoked to drive one. it is just a concept for now, but guys, freakin make that thing! The Lexus HS 250h vs the Cadillac Converj and the Caddy wins with a hand tied behind its back, even with the bad name.

Lexus HS 250h: A Prius For The Country Club

The Lexus HS 250h will offer the economy of the 2010 Toyota Prius in a more stylish, and more expensive package.

The Voltec-equipped, extended range electric Cadillac Converj Concept has been unveiled at the 2009 Detroit Auto Show to a round of crushing applause by a mad-house crowd of GM employees.

Not to be outdine, Chrysler launched its own EV concept, also great looking: make it. Replace that Sebring, don’t make another one, and just make this, so nice looking. It’s great to see Chrysler get back to fantastic sculpting. The last generation Intrepid, Concord, 300m, and LHS had super sensual sculpting. They went away from it with the 300C/Magnum, which looked great, but this car just looks like a winner.

Chrysler has unveiled a surprise new member to the ENVI lineup in Detroit. It's called the Chrysler 200C EV Concept and it's surprisingly good-looking.

We talked about the new Taurus a few weeks ago and I standby my first impression that this is a good looking ride. Very contemporary, it won’t offend anyone, but it has some well done details. This looks like a real competitor to the Accord.

Moments ago, the sheet dropped on the impressive new 2010 Ford Taurus and we've got the live shots coming at you from the floor of the Detroit Auto Show.

One of my personal favorites is the Audi Sportback. I’m a bit biased toward the brand, but I like how they are evolving the “shield” grill, and the shape of the back end just looks like a sketch.

The Audi Sportback Concept appears to be pushing market segmentation to the limit. Always wanted an Audi luxury crossover that wasn’t tall like a Q7 but bigger than an A6? Read on.

Whoa the Caddy IS nice! Chrysler is neat too.
I’d rather see that Audi as a 2-door, bit smaller actually. A3-size.

Mixed feelings about the Audi, mainly because of the new grill theme. The rest of the car also seems to be moving away from what Audi is previously known for(when most other companies are following BMW’s edgy, flame surfacing, they stood by themselves). Now it seems to be going a little too far. It’s a concept, so it should be daring.

The caddie looks great. The Chrysler looks fine. There is no photo of its rear, so I can’t comment on how well the design finishes itself. The Taurus looks like a japanese car one generation behind. I think they missed on this one.

To me, my problem with how American companies represent themselves in autoshows like this is, they make great concept cars, but most of them go away silently. The Caddie shouldn’t be just a concept, it should be production model to compete with the 1 series and the likes of A3. The marketing folks need to stop being conservative and start seeing risks as opportunities(all marketing should).

That Caddy is the car that could save GM. Seriously. Make it.

The Chrysler looks great, too. But the front looks very similar to the Hyundai Genesis. (a car I am very impressed with actually)

Finally Audi, you can do no wrong in my book. I don’t care if the next thing you put out looks like a 6 door Pinto with a 32" lift kit, I’ll love it. All, kidding aside I like the new direction for the grill. It seems to be catching up with the feel of the headlights from this past year (which are stunning at dusk I might add)

Wow, that Caddy is like butta. New Desktop. Amazing evolution of current aesthetics.

The Audi and Chrysler are also very nice. Audis are just so refined. The details are perfect, the proportions…

The Taurus is good for a production car… Pretty good all the way around. I agree with Yo on two points:

1 - Unless they are made, they’ll only destroy trust instead of build it.
2 - Yea for Chrysler going back to sculpting instead of the nasty unrefined blocky stuff

You can see some great shots of all of these and more at: 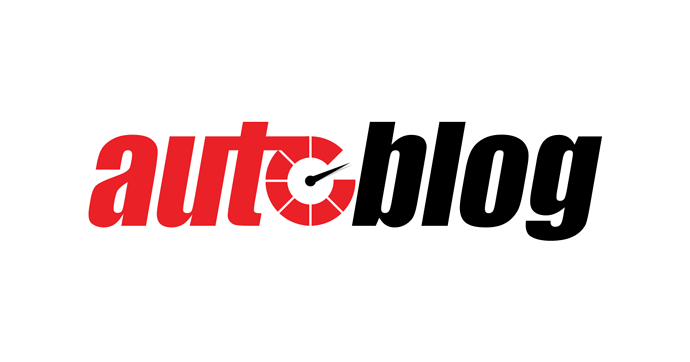 Audi Sportback (soon to be A7), video included. 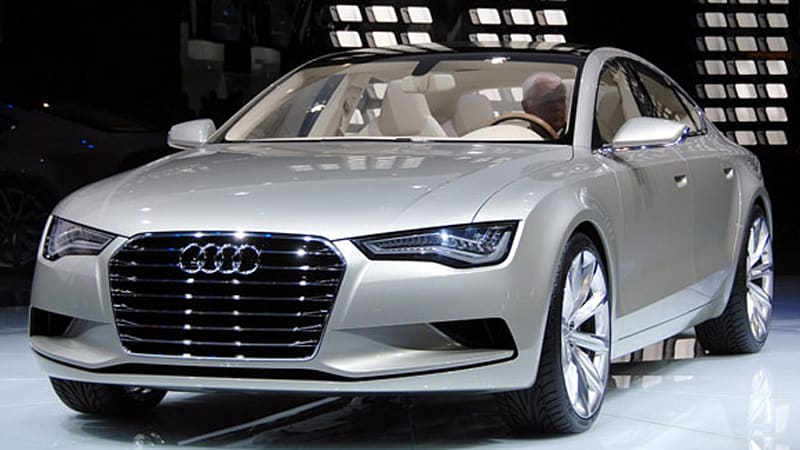 Chrysler 200c: lloks like they had an Infinity g35 in the studio when they sculpted this bad boy, but I’m not mad at them, this car is nice. Interior is pure showcar glitz, but exterior is very realistic: 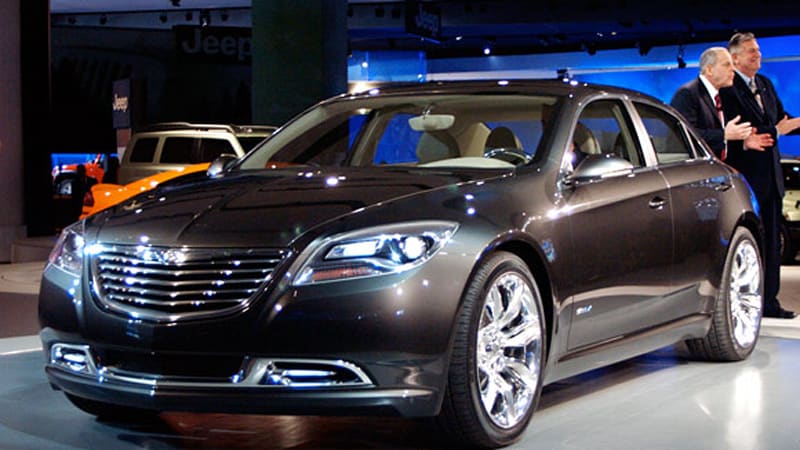 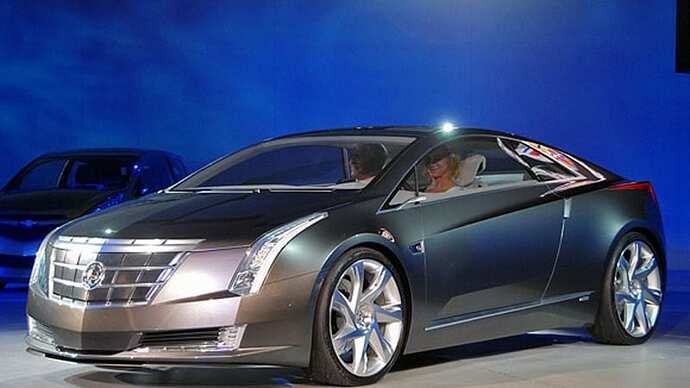 MCow, I dissagree on the Taurus, have you seen the 2010 Camry? 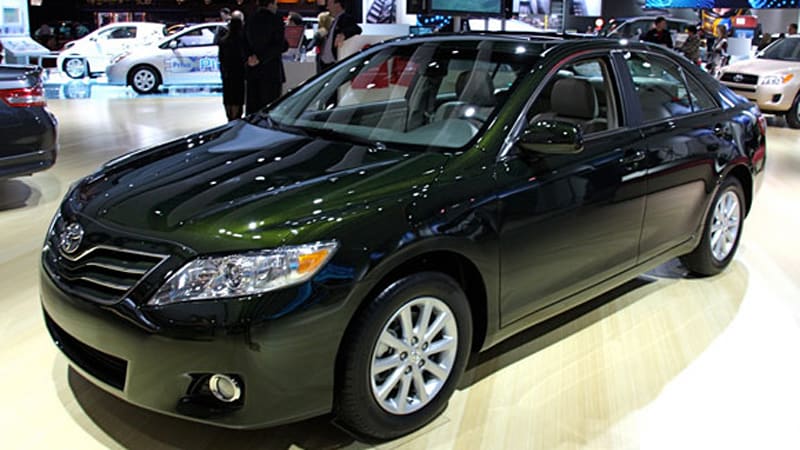 I’m also interested in the Concept Blue from VW.Leauges beter than the Eon (awkward) this little guy has some great details. Looks production ready: 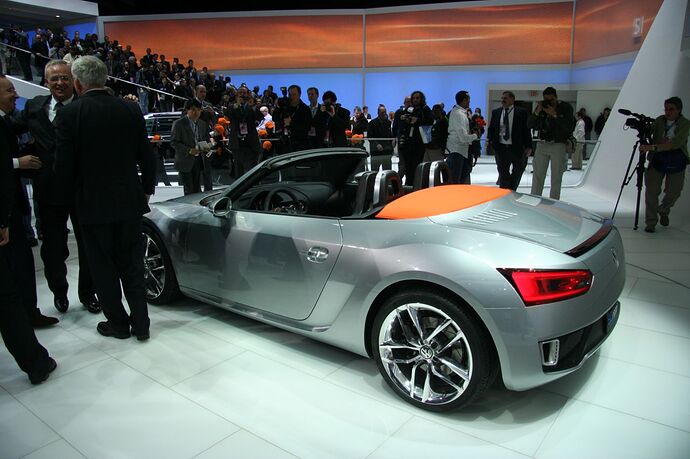 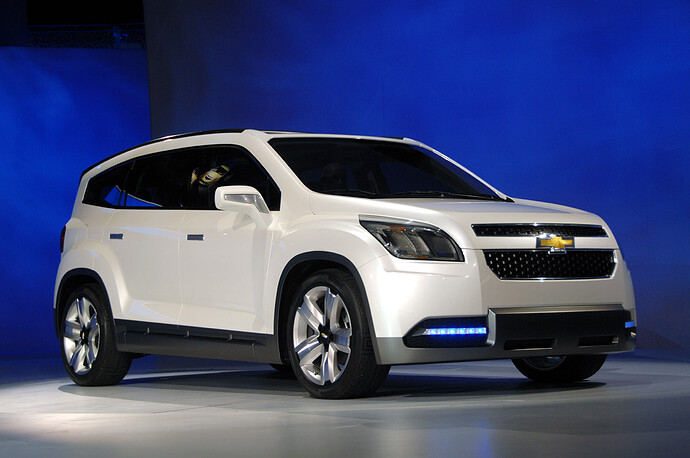 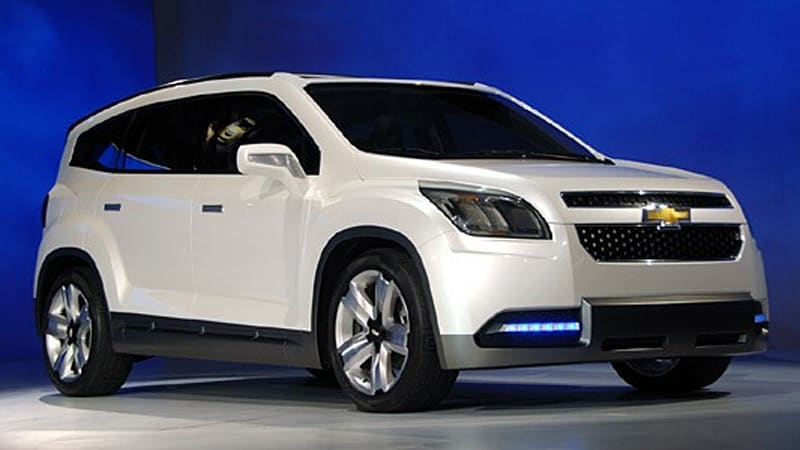 “Come on guys! Just wait a few more months, we got some goodies coming!”

Long term industries are such a bitch.

this is hot too…
http://jalopnik.com/photogallery/volvos60live1/

Ha, Camry isn’t the only Japanese sedan out there, and certainly not known for its styling. I personally don’t think much about Toyota styling, but that’s what works for them. Predictable, conservative and safe. Most of the people I know who own Toyotas didn’t buy them for the look.

Then look at Accord and Mazda 6. If we are using them as the bench mark, yes, I think Ford is behind.

My biggest problem with the Taurus, especially with this one, is it never had a clear position design wise. Just compare the recent gens of the Taurus, there is no consistency. I cannot relate the designs to tell me what is Taurus about. The one before the last looks rather ordinary, lack of details and quality. The last gen(off the 500) was targeted to older people with the raised height and “theater” seats and is a much bigger/roomier car, which IMO is successful. Then compared to this one, I am really confused. What does Taurus represent? It seems that the badge “Taurus” doesn’t worth anything at all and can take any position without having to worry about lost heritage.

Over all, I feel that this design lacks confidence.

That VW BlueSport looks nice - like the TT of the V-dub world (in a good way). I like how they evolved the design language but it still looks VW - especially the front.

Yo: I was surprised the VW bluesport wasn’t in your first post. That’s the car that excites me the most, even if it isn’t all that important.

This is nice. It might be better economically though, to just shove the Volt mechanics into the stillborn CTS coupe that has been delayed. I think both are stunning.

Ford Taurus: I was scared of this. It’s the euro-look bolted onto the hard points from the 500. This is a weak introduction for Ford’s global look in the US. I hope they don’t take the wrong message from it.

MC: Taurus does mean something to people: crappy old American car. They should have dumped the name and kept it dead.

Chrysler 200C: This is nice, but reminds me of the Opel Insignia. By the time they got this into production, it would be 2-3 years past due. It shows that Chrysler’s designers are with it, at least.

I don’t know if Chrysler should have ever built this though. The oddball (at the time) Minivan and Le Baron saved them in a time of crisis in the '80’s. I think oddballs will save them again. Competing straight against the Honda Accord and Toyota Camry almost from a dead stop is going to be a huge challenge. Look at how GM has done!