I find myself increasingly intrigued by the work and energy I see coming out of Detroit. Maybe it’s young idealistic energy or naiveté but I see this city as the front line in a battle to spur innovation and combat a deteriorating economy. I’m drawn to the romantic idea that the status quo clearly failed and the only way forward is to function differently. Would you move there or is it a lost cause? What are you’re thoughts? Do you know of any actual studios that are looking to hire young talent?

The idea that Detroit died or is dying is a myth, it simply packed up and moved outside city limits.
Although the Big 3 take a lot of blame for the rot and decay in the city, it was caused by racism. The kind of racism accociated with Mississippi or Alabama happens in Michigan every day.
All the elements of gentrification of neighborhoods within Detroit are there.
Although the city just pulled the funding support to lure the creative-class back (the movie industry has packed up and left town for example) you can still find work.
Just be clear on what the city’s problems really are. 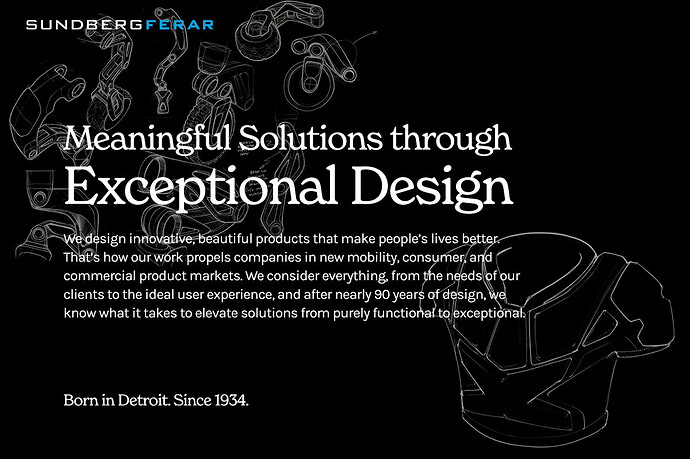 Sundberg-Ferar is a product innovation studio. We create exceptional, user-centered solutions in mobility, consumer, & commercial products that grow your business.

My wife and I lived there for four years in the 90’s (in the heart of the art district for 3 years, out in Warren for 1 year). The culture and spirit was already dropping fast, property values had hit an all time low (nowhere near as low as now), you didn’t stop for red lights if you were in some of the desolate areas, every light-post in the city had its access panel missing (money for metals), the city lit up on fire on Halloween (hell night wasn’t just a story, they really DID burn everything on that night - cars, empty houses, etc) and there were more people asking you for money than I’d ever seen. But, many people lived their lives, raised their children and went to work every day with that mess all around them and it didn’t seem to phase them at all. I’d bet those are the people with the most hope now.

I like your description that the status quo failed and they need to rethink - that’s for sure. There were gems of history all over that city, I’d often come upon them by chance - and their search for a comeback could be romantic, sure. We work with a few groups there but no one I know in particular is hiring…but if you’re looking for a place to start over or help fix some big problems, Detroit is one of the cities who’d welcome you with open arms!

Scott, if you were there in the 90’s then you’ve seen how the same pattern of destruction happened to Southfeild.
Residents scuttled an entire small city when middle class black families started moving in.
not that it’s as bad as Detroit, but what’s happening today in East Harlem is part of a pattern of renewal that’s never ocurred here.
I stand by the idea that Detroit is capable of gentrification (unlike Flint) but the hurdle to rebuilding is not the lack of art/design.

I too have seen a lot of younger people really take pride in Detroit and working hard to get it going again. Here is a great 3 part doc that show’s a little bit of the creative boom that is starting. I think Detroit can become cool again.
http://www.palladiumboots.com/exploration/detroit#part1

Check the front page soon for the last article in my cross-country road trip series appropriately titled “Why I Love Detroit.” I would totally move there. There’s more of a design scene in Detroit than in a lot of the cities I visited across the USA.

Do you ever watch Hung on HBO? Love that show!

been in the city since starting at CCS in '98.

It’s a f-ucked up and amazing place all at the same time.
It’s also cheap as hell to live here, so that helps.

been in the city since starting at CCS in '98.

It’s a f-ucked up and amazing place all at the same time.
It’s also cheap as hell to live here, so that helps.

For a 12th floor 2 bedroom 2 bath apartment in a building 2 blocks from school (CCS) we paid $400 a month! And it was right across the street from my wife’s campus (Wayne State)…and the building had parking and a pool! If anyone else lived @ the Belcrest, you’ll remember how courteous the roaches were.

Things worth checking out in Detroit: 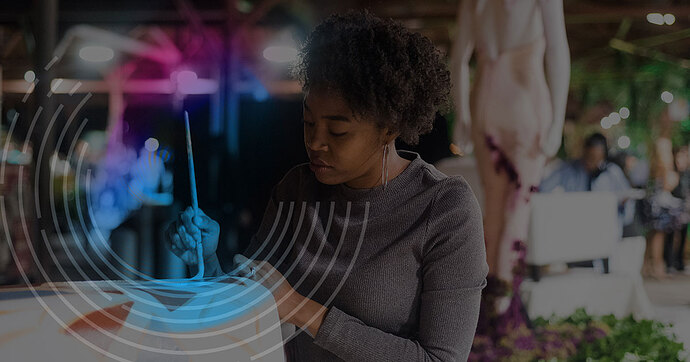 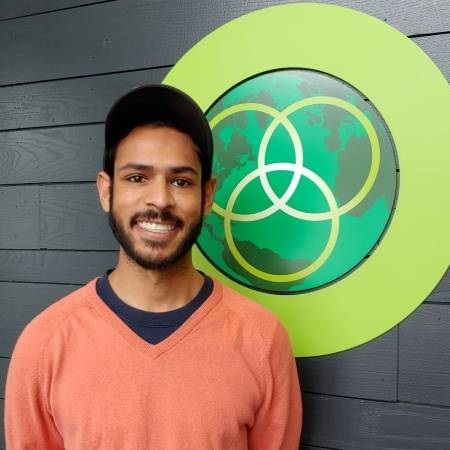 The Green Garage is more than a coworking space. We’re a diverse and tight-knit community of professionals who help each other succeed.

if you’re ever at Supino (the pizzeria featured) grab a cannoli for desert, my girlfriend makes them.

I have the pleasure of knowing several people in the vid, all genuine, hard working and dedicated folks…that’s what Detroit is about.

These jobs are really rare I think. You might want to start socializing now. All you need is one person that can vouch for you. That’s all you need. The rest? You can control them all.