Tim Brown has recently featured on FastCompany with a number of articles on the economy and using ‘design thinking’ to create a sustainable, post-crisis economy. (First article here.)

Many of our jobs as industrial designers are a result of this age of consumption, designing ‘stuff’. The market is a flood with our products - sneakers, cell phones, speakers, toasters, cameras… Are our economists and dare I say, politicians of tomorrow industrial designers? Are designers just simply to naive to even consider branching out into such fields?

Are designers just simply to naive to even consider branching out into such fields?

I think the question is more accurately “Are designers SO naive that they think they can branch out into these fields?”

I would not want to be a politician, but I would love to redesign the government. I think lock cg and a few of us in a room for a week and we could come up with some cleaner ideas.

Just look at driver’s licenceses in this country. In 15 years I have lived in 5 states and had to change my plates, license, registrations… Its stupid. Each states has its own rules, it is all different. 50 duplicated systems that key into innumerable other systems… and it is easy to counterfeit on top of that. There could be one document that would be your social security card, driver license, passport, and let banks put a magnetic strip on it for debit cards. Really your entire wallet could be one card, but the multiple systems in our government our over complicated our lives… these systems are so layered, retrofitted, and band aided over, we should just start over, prioritize what we want to do, and streamline… anyway… I digress.

I think the question is more accurately “Are designers SO naive that they think they can branch out into these fields?”

Interesting way of looking at things. Though I’m wary of your point of view and attitude. Designers and naivety go hand in hand. It allows us to take a step back from a situation, question and re-analyze. A stupid question never hurt anyone.
Our process focus’s around the user (people). Something economics currently lack. Designers naive enough to branch out - more power to them I say.

… But what about all the great product design out there! We can’t let the poor performers of the world spoil it for the rest of us.

I’m even more pessimistic than Yo. What makes you think that anyone can really, “create a sustainable, post-crisis economy.” I think we have to wait for it to arise naturally.

jbunko: since you seem interested in these subjects, and so am I, I suggest you check these podcasts out:

The beginning to “Hidden sources” is especially interesting. Most of his interviews are weird hippies that make no sense, but the host is very lucid. I think the one thing that designers may be able to bring to the table is the fact that our economic system is artificial. I think the biggest road block to positive change is people thinking there is no other successful way of organising ourselves.

I think the one thing that designers may be able to bring to the table is the fact that our economic system is artificial. I think the biggest road block to positive change is people thinking there is no other successful way of organising ourselves.

I’m going to watch that podcast when i get a chance Mr-914. As far as the economic system being artificial I do accept that, but it is dauntingly more complex than just saying that currency has no finite material backing anymore. What I find disconcerting is that it is so self-perpetuating that it is now pretty much inescapable without total collapse and a major paradigm shift. Compound that with a population size that is not sustainable outside of this economic system.

There is certainly a successful way of organizing ourselves, but to what end, what goal?

Thanks for the link 914! Listened to the episode you suggested, was very interesting. Will check the others out. If you have anything else along those lines do share…

I particularly liked the line, ‘‘Cash can be the result, not the cause of doing business’’.

What makes you think that anyone can really, “create a sustainable, post-crisis economy.”

Don’t get me wrong, I’m not under the impression that a designer and a designer alone is going to create a whole new economy. The concept of participatory democracy which was talked about in the podcast interests me and also answers your question. In which I feel design thinking has a lot to offer, not necessarily designers, but the process.

I think the biggest road block to positive change is people thinking there is no other successful way of organising ourselves.

The communicating of problems is something we do in every project… What is it with designers that makes you feel they should avoid these sort of issues?

Everything Rushkoff has done is worth reading. Especially these:

Stimulus, Ass-Backwards by Douglas Rushkoff April 16, 2009 I’ve been trying to figure out exactly why President Obama’s approach to the economic crisis upsets me so much, so regularly, …

He’s posting some of his book on his website soon. His Frontline documentaries were interesting too, even more so for designers. His specialty is in media, not economics. He wrote a few books on the impact of research on culture. Very interesting.

I think that design thinking and creative problem solving are totally applicable to these other fields ( meaning politics). I know I would consider running for office on a platform based on my design thinking.

As a designer we are trained to deconstruct problems, identify issues, analyze the issues, and eventually reconstruct with our new insights. We then synthesize the ideas and then start the process over again until we achieve the best result. I guess its really just basic design theory. If my memory serves me correctly its the Asimow design theory. Of course I never really paid attention in that class in school.

There is certainly a successful way of organizing ourselves, but to what end, what goal?

Hhhhmmm good question. Hopefully we are learning from our mistakes and the answer to this question isn’t solely monetary based. Moving away from consumerism is one goal. Yet we rely on an economic system that is based around consumerism, in which we enter a viscous circle.

Mr-914, you mention the current economic system being artificial. Brown tries to tackle this by briefly going over 6 different values to measure the value of our economy. The six being;
Network value
Brand value
Social value
Meaning
and of course, Monetary value
See article here.

While a bit vague, it’s food for thought.
I’d be interested to hear what peoples think of Browns concept and ideas on how each different value he mentions could be measured?

I don’t think Tim Brown’s list is any more real than our current system. Mind you, I’m not saying that the artificiality of our economy is bad. I’m just saying that we need to realize we can tweak the rules.

What are the fundamental problems? According to me:

The only way to deal with these problems is progressive taxation to redistribute wealth and inflation to reduce the amount of credit. However, these policies are seen as anti-capitalist and anti-natural. They are, but so is our economy.

The only way to deal with these problems is progressive taxation to redistribute wealth and inflation to reduce the amount of credit. However, these policies are seen as anti-capitalist and anti-natural. They are, but so is our economy.

Transparency into where these tax dollars go would be a major wake-up call for the general public.

Redistribution of wealth sounds great in a vacuum. The problem is it’s up to the government to do it. You’ll need to redesign govt also before you can do that. Government mandated wealth creation in the form of housing for those deemed disadvantaged was one of the reasons we are in this mess.

BTW there was a good article in the recent IJoD for those inclined to think about such things:

and
not design related but an informative piece about the orgins of toxic assets: 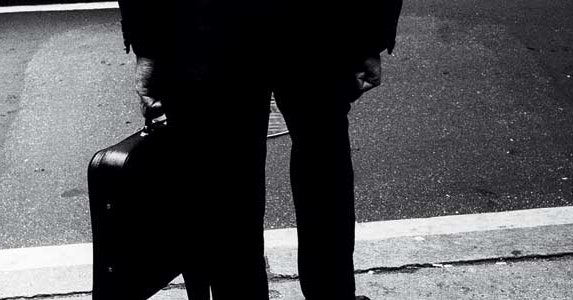 Recipe for Disaster: The Formula That Killed Wall Street

In the mid-’80s, Wall Street turned to the quants—brainy financial engineers—to invent new ways to boost profits. Their methods for minting money worked brilliantly… until one of them devastated the global economy.

IMHO, design can only do so much from the outside in. We can debate all day about which public policy design is ideal for society, but until individuals make better decisions in their own lives, of their own volition, even the best-designed system will have limited success.

Listen to Rushkoff for another way of looking at the mess.

A vast amount of capital was created in the dot.com boom. This capital was liberated after the stock market decline. Banks and the wealthy then searched for another place to invest this capital. They realized that they could fund and then sell packages of mortgages as a way to use this excess capital. Don’t think for a moment that the small steps the government took to push home ownership wasn’t backed by these banks and investors.

I’ve just started reading Naked Economics, a gentle take on the subject, good read so far. Also have carried on listening/reading/watching Rushkoff, he talks/write with such clarity and brings up some very good points. Can’t wait for his new book!

I have a question. Capitalism works, though it has flaws e.g. sustainability and consumerism. Have we created a viscous circle in which allowing a sustainable economy to occur ‘naturally’ is unrealistic or too time consuming? Is an economy that bases a society’s success on monetary value alone the way forward?

Don’t think for a moment that the small steps the government took to push home ownership wasn’t backed by these banks and investors.

Homeowners pay taxes, taxes pay off governmental debt, or rather the government’s lenders.

Who’s in control? A bankrupt government or their financiers?

I will have to find some time over the weekend to view Rushkoff. The short answer is financiers (China).

When you ban locks on doors, don’t be surprised when thieves show up.
The culpability of the government was in off-budget opacities such as government sponsored entities like Fannie Mae and the Federal Reserve.
“Small steps” blew up into giant tsunamis.

I do agree with the inference of your graphics - unsustainable military actions and out of control social programs have been steering us towards ruin since the early 20th century.

Have we created a viscous circle in which allowing a sustainable economy to occur ‘naturally’ is unrealistic or too time consuming? Is an economy that bases a society’s success on monetary value alone the way forward?

Sorry for the double post. Social values have always existed in the economy and held in high regard. They haven’t existed in economic models (yet).

I would argue that misplaced social engineering intended to correct our perceived flawed economy were merely correcting flawed economic models. Our mistaken perceptions & measurements were what got us into lots of hot water.

Now if designers were in charge…

So looking at the top 3 do you feel safer, healthier, and financially sound?

I realize this is the US’ economic picture, but if designers were in charge i’d say one of the key initiatives would be to find a way to reduce the need for so much defense, it is certainly possible. Consider what half of that defense budget could do for foreign policy and diplomacy, vastly reduce the need for defense.