designing a meaningful computer for Africa

Hi all,
My name is Carly, and I am a fourth year industrial design student at the University of Cincinnati. Our studio assignment for this quarter is to design a desktop computer for an emerging market. Out of the options provided, I have decided to design for Africa.

Does anyone have insight on what a desktop for Africa should be? Is there anyone who has been to Africa that could offer some insight? How do you think I can combine low cost with innovation in a product that would be valued and also relevant in Africa?

I hope this post is not missplaced. Thanks for your insight- I am looking forward to getting a conversation going here…

you gotta give to get. what have you found so far? what are you working on? what are your theories/foundations of ideas? I assume you’ve looked into the OLPC?

Do you mean a general use, family or individuals computer, business, school?

Businesses throughout Africa buy and use computers same as the rest of the world, same complaints, likes and dislikes. They tend to get used longer because of the cost to buy new: generally requires foreign currency cash money and import taxes are very high. Often the procurement channel is indirect: business owner’s cousin’s brother in law in Washington, Copenhagen, etc.

Many schools lack power or power outlets or desks or walls. Schools don’t have the same regiment of antiseptic hygiene we are used to, so a computer in a classroom shared by a bunch of kids will get beyond filthy. A typical PC or laptop in a schoolroom will probably very quickly become a nest for lizards, spiders, snake, bats, moths, various rodentia, etc. Also, it’s beyond hot; my boot sole melted in Tanzania, and while being laughed at I was told it’s much hotter in Ethiopia.

Theft is rampant, you can not imagine how pervasive is large and small scale theft. In just about all cities power goes out frequently. In smaller towns power regularly goes off at dusk, back on sometime in the morning, maybe. I think landline telephones are still rare; it’s past my time there but supposedly cell phone service is surprisingly wide ranging.

People walk, walk, walk, wait in lines for hours, walk, walk, walk. Men rule everything, women do most of the work and are really treated poorly, more so the smaller town or village she is in. So if she were to get a computer, almost guaranteed her brother, father, cousin, in-laws, will take and sell it.

Objects that break down, major flaw or the most inconsequential detail, immeditely become permanently disregarded, broken up and repurposed or stolen because spare parts are not available or too expensive. Odd example: throughout sub-Saharan African cities are little dirt mounds, at night vehicles back up on them so as to get a running start because car batteries don’t last long in sub-Saharan Africa and replacements aren’t available, etc.


So that’s alot of generalizations about mostly sub-Sahara African lifestyles, maybe helpful. I’ve seen the OLPC and so far it seems to be proving me wrong: I thought it was a bit fragile and dirt and filth prone being bright white and yellow. What I noticed that may be it’s raison d’etre is all the specialized applications it comes with, that was brilliant.

Since pier gave a good on-topic answer I’ll be a little off topic here. When so many schools stress research and ethnography why do they go off and expect students to design for an environment that they can’t experience?

I know the intent is good, but to me its like asking a football player to design a high heeled shoe. It’s not that the students are incapable of doing it, but the projects end up all being based on research from internet articles and not real world observation.

I’d visit http://www.afrigadget.com/ and get a better idea of what issues most of the country has to deal with. In my opinion it’s almost irresponsible to expect students to design a “Desktop computer” when most of these people don’t have desks, electrity, or clean sources of water. Blogging is the least of their worries.

Really consider what a low cost electronic device could mean for these people and do for them. That will be a “meaningful” computer.

Hi…
Pier- thanks for the valuable insight about what it is like in Africa. That is the kind of information I am looking for, in order to try to make a more meaningful product for the end user. I believe we are expected to design a computer for home use (although I will check this in class tommorrow), but I would expect that much of your feedback would still apply. Can you imagine a family in Africa purchasing a desktop computer? Do you have any insight on what a family in Africa might use a computer for?

Cyberdemon- I agree with you that it is exceedingly difficult to wrap your head (my head) around a project for an environment that I have never experienced. The only thing I can imagine is that it might help me generate some blue-sky, open-ended concepts. Thanks for the web reference- that is a great site!

Again, thanks for your input, and please let me know if you think of anything else…
C

Does it have to be a “desk” top computer? Might be problematic if there aren’t any desks around… I myself am using my lap-top to type this, as there are no desks in my living room

I recommend looking at the previous OLPC thread here on C77, as there were a lot of good comments about what that thing should have been.

I guess it could be a self-contained unit, but it is meant to ‘not leave the front door.’ That is an interesting point/question, though…

I will definitely check out the OLPC thread- thanks for the tip!

Does it have to be a “desk” top computer?

Doesn’t it have to be “computer”? The first world like to tell others what they need and should have blah blah. Why not LISTEN to them this time? Of course, this will be a question for your professor who defined the brief for you guys.

Africa is huge. Culture and lifestyle vary greatly from city to city, tribe to tribe. Who exactly is this for? What’s the ideal user scenario that you anticipate? Based how what do you anticipate this scenario to be “ideal”? What should be the infrastructure(physical, energy, political, distributional etc) that will support this scenario? How do you track the impact of your design on both your target users and the bigger environment?

These are the questions I can think of now. 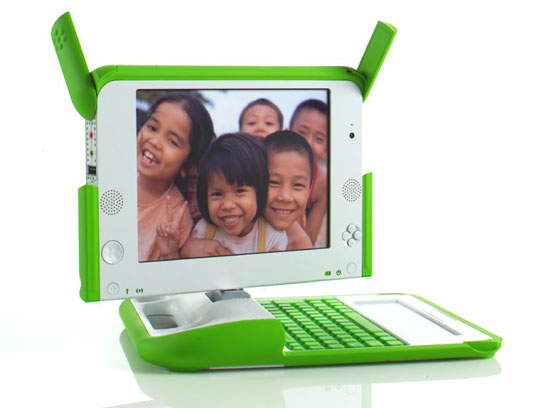 Yves Behar did it in a very successful manner (as usual) with his studio Fuse Project.
Maybe you want to check out the exhibition that the Cooper Hewitt had a year or two ago, "Designing for the other 90%. You might find some inspiration.