Designers, who or what could fill the Yeezy-sized hole in Adidas' world? 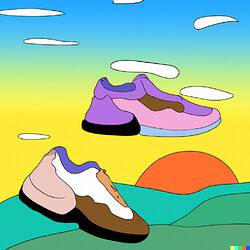 Serious answers, or not. It’s fun to speculate; who would fit at the top if Adidas can find a way to keep the brand going? or if it is a new collab, who has the cultural clout to move the product? Are there emerging footwear categories, athletic or otherwise, that could work?

I’ll make a new poll with the ideas and we can put it up for a vote.

I love a lot of the Y3 stuff they have done, and while its wearability might be similar to a lot of the Yeezy product, I think the reason Yeezy was successful was all about having a global personality who could essentially dictate what is acceptable (even if it actually looks pretty goofy on people).

Maybe the problem is we are looking for a single person to do that work and any individual who thinks they can do that is going to have an ego the diameter of Saturn’s rings?

Mark Wilson over at Fast Co made the analogy to Jordan and Nike. While the sales percentages are roughly in the same ballpark I think the similarities start to fall away pretty quickly.

I think Adidas should fill the void with Adidas. They are one of the oldest sport brands in the business and the second largest. Maybe this will be a lesson on how dangerous it is to attach a brand to a celebrity when the core brand could have a stronger POV and a more clearly articulated position in the world and market?

Remember how tied Nike was to Lance Armstrong from a pure marketing perspective? (There never was a ton of Lance product outside the livestrong apparel). Same thing with Michael Vick. Heck the daycare center used to be called the Joe Paterno center and the day the scandal broke not only was the sign off the building but the building had been sand blasted so there wasn’t even the faintest trace of the name. But when they needed to make these splits I don’t think it impacted them because the core brand was just so strong.

The Adidas Yeezy line was so tied to Kanye that it started to eclipse the parent brand in my opinion. Of course you could say Nike was in a similar position with Jordan but MJ was known for being this aspirational figure on the court and culturally as well (Wheatties boxes, Hanes commercials, the most memorable MJ commercials were usually Gatorade commercials) that was his whole thing, being this larger than life aspirational figure who could do amazing things… vs attaching to a figure who is known as being a cultural provocateur who at some point always says something problematic.

Long story short, Adidas, be you. You have an amazing portfolio of iconic products, a talented design team, an interesting history. Nike has made themselves synonymous with the celebration of human potential. You need to find a way to level up to that kind of a position and avoid the temptation to take a short cut with an exciting celebrity. Investing in building a clear strategic message around your brand will make it last.

Jordan is no better than Yeezy, Lance, Kyrie or anyone else with a NIL sponsorship. Any brand based on an individual is at the peril of the human being human for good bad or evil.

Stan Smith’s shoe has stood the test of time.