Need I say more? We all love it. We all have our favorites, so lets hear them. I have become quite the connoisseur throughout my years, so it would be great to hear what others are drinking out there. Here are a few of my favorites:

Awesome topic, where to start.

New Glarus (a local wisconsin brewery) is top shelf
Moon Man, Stone Soup, Coffee Stout are my favs. I just finished my second bottle of their limited special, “Enigma” which is a “wild yeast spontaneously fermenting a rich treasure of malted barley and cherries in unlined oak casks” this tastes more of a gueuze than a beer, but very drinkable.

love anything from http://www.ommegang.com/
and you can’t go wrong with 3 floyds alpha king ipa or any of their outstanding barrel aged concoctions

Nice calls on the brews. I’m a big fan of Spotted Cow from New Glarus. Somehow their use of corn in the beer doesn’t come off as a way of cutting costs on their malt bill but tastes genuine. Same with their packaging. They seem like a very genuine company.

Ive been getting deep into Victory and Troegs beers as they become more and more available up here in the upper right corner. I especially like Victory’s festbier, Nugget Nectar, and Hop Wallop.

And I’m always a sucker for anything from Weihenstephan like their Dopplebock.

Saison Dupont is also a top summer beer in my book. The Saison style in general blows my mind gotta love Belgium and their no rules beer.

And lastly i just finished a homebrew that was a Dry Irish Stout that had a light spiking of Makers Mark added in its secondary.


Love hearing that other designers like the glass enclosed malted gut bombs as well.

I have to second the “Founders”. Their “Ales of the Revolution” are amazing. I have not tried their other brews, but have been meaning to. I just finished my second Lake Placid IPA. I think I will have another.

Founder’s Nemesis is crazy good. The one this year was particularly great. It’s a very limited annual brew, usually topping 12% and tastes more like bourbon than beer but is strikingly not syrupy like you’d expect. Can’t wait til next year.

Yeah, Great Lakes, another good brewer! I’ve tried most, but havent picked up the Dortmunder Gold yet, putting it on my list.

Victory is a solid beer. It is pretty saturated here in the north east, so I forgot to put it on the list. I for got one of my favorites, Red Oak Brewery. A great beer out of NC.

Founder’s Nemesis is crazy good. The one this year was particularly great. It’s a very limited annual brew, usually topping 12% and tastes more like bourbon than beer but is strikingly not syrupy like you’d expect. Can’t wait til next year.

Sounds awesome!! I will have to check it out. I have had brews the were brewed in scotch or bourbon barrels. They are very complex and take beer to a completely different level. Not only do I love beer but also love to cook and these kind of beers add a different level when it comes to pairing it with food.

Other:
I also had a Carib beer in St Kitts I loved, having a hard time finding it. Light and easy to drink.
Shiner beers from TX are also pretty good.

I like a Canadian Lambic every once in a while too.

I brew and keg my own.
Right now on tap in my keggerator i got:
SOB ale - its a strong ale 11% alc
Thunder Red ale - and irish red ale

when im not drinking beer i brewed myself i love anything by stone especially their IPA and Arrogant bastard. Being in boston you , cant go wrong with a sam adams

I had no idea I was so spoiled living about 15 min from Founders and 45 min from Bells (used to be the other way around). I really enjoy the Bells Consecrator Dopplebock when it is out, although it does count as an entire day worth of calories I think!

I was no where near as impressed with the Chicago Beers though. Half acre, goose island, ect…None of them were worth the premuim over Blue light. I suggest staying away form them.

I live in the land of Beer: Belgium

So we drink it like tap water…Mostly Stella and Jupiler. Stella maybe a fancy beer in foreign countries but here it’s cheap 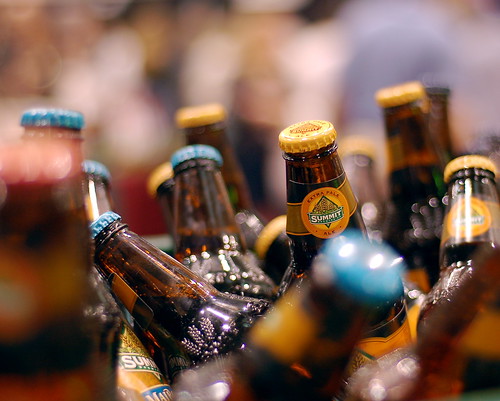 Some of my favorites in no particle order.

I also like Magic Hat #9 I’ve sampled most of their other beers, and #9 is really the only one worth seeking out IMO

Going back to dogfish head, they make a seasonal apricot ale (I think it’s apri-hop) or something like that. It’s not fruity, just an accent of apricot, mixes the citrus/pine front with the sweeter molasses back nicely.

If you like Delirium Tremens, the Delirium Nocturnum is excellent and more my style. If you can find it on tap, it’s heavenly.

Heres some of my faves from the NW – catch them on tap if you can, it’s always better. 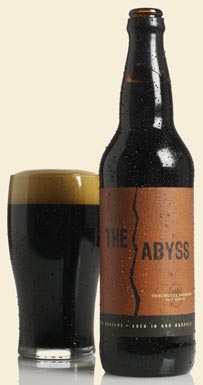 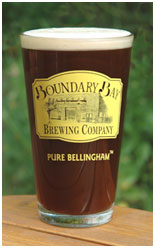 I’m in full Northwest support of JGray, it’s only because it rains so much that we find the time to perfect Beer.

Here are some additions -

and the occasional 6’r of Rainier just to keep things real. 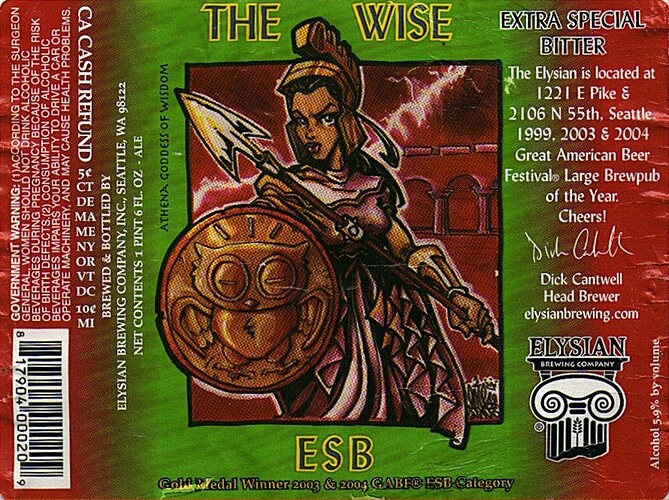 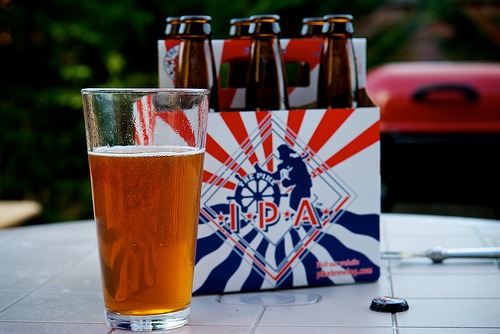 Hmmm… I’m a Huge beer fan. I’m mainly into stouts and ales. But you can’t go wrong with a great IPA with meals.

Ciders
Woodchuck - Amber Cider (Has to be from the tap) 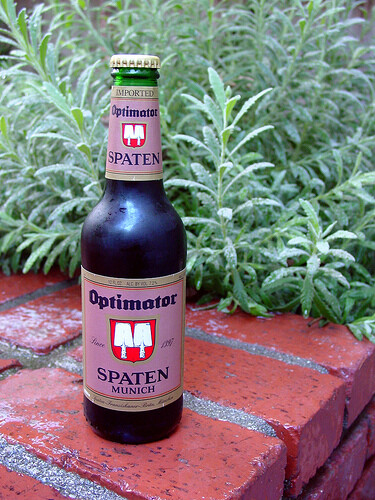