So the other day I was driving home and listening to NPR, and there was a story about the misuse and overuse of the word “MODERN” on design shows on television. 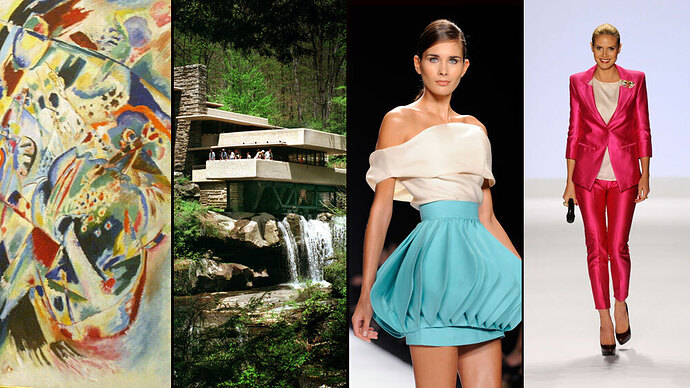 Judges on shows like Project Runway use the word "modern" frequently — and lazily. In the world of art and design, "modern" means Kandinsky or Picasso, Schoenberg or Stravinsky — an approach and an aesthetic that signifies something that's more than...

“Modern and contemporary can — and do — mean the same thing, of course. But in the world of art and design, “modern” means Kandinsky or Picasso, Schoenberg or Stravinsky. It means daring experimental writers such as Ezra Pound or Gertrude Stein. It means Frank Lloyd Wright sweeping out the overstuffed and fusty in favor of long, clean lines.”

This story reminded me of one of my pet peeves. I may have mentioned this a time or two before, but here goes.
I can not stand when designers (or anyone) use the word “SIMPLISTIC” when they mean simple, clean, minimal, etc.
Simplistic is a negative term meaning overly simple, or simplified “to a degree where important details are lost.” - wiktionary.org

Anybody else have any words or terms they hear/see misused that frustrate them?

I HATE when people use the term “simplistic”… “your son isn’t an idiot, he’s just so simplistic, it’s really quaint how he thinks 2=2=3…”

Even the word simple is loaded, I think minimal, restrained, clean, pure, are much better (or frenched or shaved if you are around car people)

I never thought of the problem with the word simple, but it’s true. As I was reading this, I was imagining if my boss told me something was simple or minimalist.

Simple: I did a half-arse job, I missed the detailing.

Minimal: I did a great job, the detailing mirroring the restrained form.

Yes! a fellow language curmudgeon. I feel your frustration, when I hear words misused- and by people who say that language is flexible and that syntax and meaning change with time (it might be, but seems lazy to me)

Just wanted to add someting… a book I have been recomended recently was Simplicity by Edward De Bono. He’s the guy that coined the term “lateral thinking” 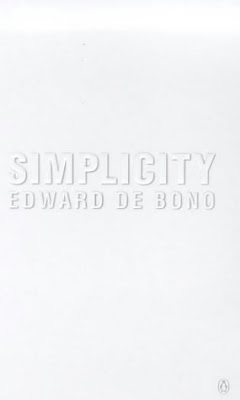 Creativity is more than just being different. Anybody can plan weird; that’s easy. What’s hard is to be as simple as Bach. Making the simple, awesomely simple, that’s creativity.

My biggest pet peeve is when 'Big’ or ‘small’ is used instead of more descriptive words such as tall/short or wide/thin or voluminous -particularly important if someone is describing how they want a design changed.

And I hate it when the following words get mixed up (in a written brief for example), potentially setting you up for disaster:
‘Concave’ and ‘convex’
‘LED’ and ‘LCD’
‘embossed’ and ‘debossed’

And these get just plain abused:
‘Cubist’ -sometimes used to describe something…square
'form follows function’ -not only is this an overused phrase but it usually gets used to describe ‘utilitarian’ rather than its original meaning.
'just a quick beer’ when they mean a pub crawl…

When people describe an experience as ‘surreal’ when they mean ‘unreal’ or ‘weird’ or ‘unusual’. To me a ‘surreal’ experience would involve melting clocks.

Other peeves include confusing ‘affect’ and ‘effect’, making media plural (i.e. “mixed medias”) and putting the letter ‘i’ infront of something to give it an air of technological sophistication- witness the debacle of ‘Vegemite iSnack2.0’:

My pet peeve is the mannerism “basically” when someone is presenting.

Basically, i wanted to… Basically, bla bla. Okay, if that’s the basic version, what the complex one?

One of my biggest pet peeves lately is the phrase “dumb it down.”

So, if I were presenting to intelligent people I’d want to make it wordy, three times longer, and boring with no imagery? Anyone, no matter their intelligence, can understand and be captivated by a good, concise, visual story.

With regards to ‘modern,’ I didn’t really understand what that meant until last year even. I love on Psych when Tim Curry guest stars on the American Idol spoof, after the horrible skit, he praises it as “post-post-post modern!”

Basically, actually, like are all overused. The proper word is “uh”.

Uh, I want to write something, uh, smart here.

This conversation makes me chuckle. Back when I lived in NYC, it drove me crazy when people misused the term “minimalist”, which I always interpreted to mean “stripped down to the most basic elements, generally based on a grid”.

Those days are long gone for me now that I’m living in a mountain town of 80,000 people without a university, where most people don’t seem to have any post-secondary education. I don’t think I’ve heard anyone drop the term “minimalist” in all three years I’ve been here. Sigh…

This conversation makes me chuckle. Back when I lived in NYC, it drove me crazy when people misused the term “minimalist”, which I always interpreted to mean “stripped down to the most basic elements, generally based on a grid”.

Those days are long gone for me now that I’m living in a mountain town of 80,000 people without a university, where most people don’t seem to have any post-secondary education. I don’t think I’ve heard anyone drop the term “minimalist” in all three years I’ve been here. Sigh…

But you’ve probably heard, “I just got a new oatmeal soap at the farmer’s market this morning. I’m not going to use it.”

Thanks for the laugh.

Is this a natural progression of language or an incorrect usage?
I keep reading it in students portfolios and it feels lazy.

To me ‘render’ almost has an association to digital CAD renderings, while 'rendering’s can apply to both traditional and digital.

Haha this is a great thread-

Some of my favorites (by favorites I mean most hated) include designer use of ‘utilize’ instead of ‘use’ - how many copywriters do you see over-using the word utilize when use works just fine. Chances are that the offending designer likes to ‘utilitize’ as well and turn lots of words into their ‘fancimitized’ downgrades…

How about Form Factor : I work with many engineers and they often want to discuss the form factor. Instead of just the form. Form factor - Wikipedia

I think we can drop the “factor”, what do you guys think?