Hi all, I want to discuss a theoretical design and styling trend that we might be just starting to see in the last year.

As we know, factors such as economics, politics and technology shape design and fashion trends. For example the fifties was a time of boom and was characterized by many factors such as big American cars with wings and woman with big hairdos. The eighties, another boom time with opulent fashion statements and extreme design ethics. Down times tended to be more muted in fashion and design like the thirties and seventies.

So, I would like to propose my views of future design trends based on general climate and get others to offer their views of the relatively near future.

I can see an abandonment of superfluous design characterized in such products such as the Alienware, infinite Nike Airforce one colorways and customizations, Vinyl toys, and the such. Don’t get me wrong in that those examples are all very good design, but for today’s climate, just out-of-date. We will see more down to earth, cleaner design without all the frills. Design direction, in my opinion will go towards more long lasting and timeless design. People want there newly purchased products to last because most people are cutting back and are not as interested in buying the newest and latest every few months. General climate is that of some paranoia that will we still have our jobs in ten months down the road? so better make the purchase a well thought out one. Environmental impact is key too. People do not want to look as though they are contributors to the environmental problem, but quite the contrary. Ppl will buy products that have a look of environmental awareness and responsibility, that their purchase in fact may have a positive effect on the world instead of a negative one. This may be characterized in buying a laptop with a bamboo casing instead of an injection molded case. Shoes will have a more hemp/canvas or holistic type of appearance instead of plastic moldings and techy meshes everywhere.

Color trends will be effected by people choosing colors that are naturally occurring in nature instead of man made and opulent colors like white and gold. White in shoes may be seen less because it means bleaching and chemicals. Off-white however will be the replacer. Gold is a show of wealth which is politically incorrect. Less overall bling in design.

I have only touched upon the surface on several topics with this post that hopefully will lead to more nutritional discussions. This is probably very obvious to most of us designers, but would be cool to get some thinking in writing. I am very interested if others points of views. This topic is so wide that it is hard for me to hit even a smattering in this this initial posting. But maybe discussion can bring out the finer points of what I am trying to say.

Looking forward to hearing others views!

Politically we have moved from a diabolical administration in one of optimism and hope.

This is where the disagreements will begin.

Not to mention the shape of cars changing, which is obvious, but relevant. Car design is at the forefront of design trends. Obviously, the way we are headed towards hybrid and fully electric will change the packaging and therefor the overall shapes of cars. (This move away from petrol powered cars is a first leap in over 100 years!) Shorter bonnet lengths from smaller engines and electric motors. Increase overall height with batteries stored under drivers compartments. Shorter rear overhang with the reduced or non existent gas tank size. Opaque or colorless body panels with great emphasis places on composite panels instead of steel. Flat dashboards and and control panels with less plastic molded knobs and buttons replaced by touch screen interfaces. Lighter overall weight will reduce the width of tires. etc etc…

So what exactly is an “enviornmental” look?

From what I can tell, things are becoming more short, squat, and ‘approachable’. I mostly only see this in cars, as you have just mentioned. This is best characterized by dimensions of cars such as the Toyota Prius, the Yaris, etc.

I haven’t necessarily found very much of that design aesthetic carrying over to handheld electronics or consumer products.

I think that the design aesthetic varies more from company to company; I would hesitate to say that there is one over-arching theme that unifies all of these brands/design languages.

For example, Apple is still very different from Logitech. Apple is all about long, planar surfaces with minor details. Logitech is all about the futuristic blobject shapes. Lots of material changes, and complicated form intersections.

Cars are a good indicator as are interiors.

I do return to pragmatism, though luxury goods aren’t going away. I think they will be purchased more to keep for a lifetime than for a quick flash. Hopefully it will be a triumph of timeless style over temporal fashion… at least for now.

I agree with you YO. However, I am trying to look at the bigger picture for the forthcoming decade. What can you see as an overall theme for the 2010s? Cars are probably the easiest to see how they will look down the road based on inevitable technology progression towards electric.

JLW, good question about what is environmental design? I personally think that this decade will be exactly that, en era of environmental design. What is environmental design? That is the question. Well, we see the first attempts with the Asus laptop with bamboo lids or the Dell HD with bamboo enclosure. Maybe these are examples of the way design will go. In fact, maybe in ten years or more, these will be design classics marking the first steps towards environmentally conscious design. However, if we look at these two examples critically, they are not totally environmentally friendly. the pay homage to the fact, but do not fully address the issue. The laptop could go much further by for example making the keys bamboo, and in fact the entire enclosure bamboo, or some other sustainable material. The same with the Dell HD, it still has molded plastic pasts.

Part of this ‘environmental design’ movement will be cleaner, with less molded and moving parts. As we all can see, keyboards and mice will be a thing of the past with the advent of touch screen technology. That automatically reduces the number of moving and molded plastic parts by hundreds.

In the future we will see a reduction of moving parts, like I said about the mouse and keyboard. This is also apparent in the way cars are going, with electric drive trains and touch screen technology the number of moving parts is reduced considerably. The less moving parts means that more sustainable materials such as woods and natural fibers can be used instead of plastics and metals. 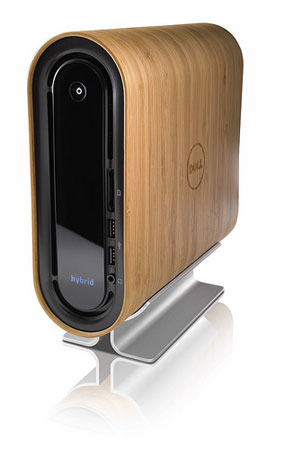 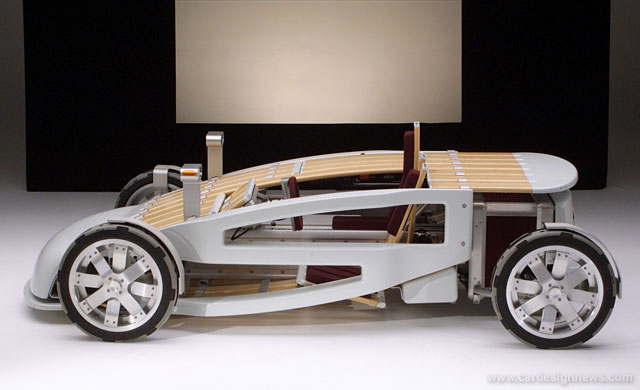 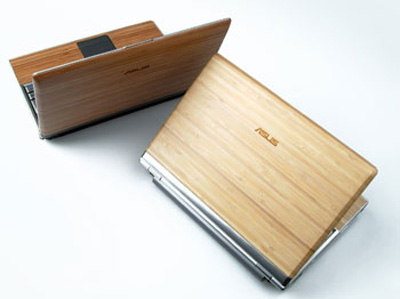 Looking at it strictly from a macro-trend perspective, if indeed the climate of economic distress and concern for jobs & livelihood continues, then your environmental design may move to the backburner.

Environmentalism is a unifying movement that always springs up when collective spirits are high and prosperous. We may have seen the peak of this for now. What we’ll get instead in the coming years is more a move towards individualism and survival (see the tactical jacket in the sexiest products thread).

Apparently, preparedness is enjoying a big revival. In fact, it may be a natural transition for environmentalism to roll into survivalism.

Maybe if you could tie the bamboo in with some kind of jungle - revolutionary - guerilla theme. You know, radical chic?

Also, look for feminine dominated themes & structures. For some reason women always figure more prominently during the down cycles.

It may seem counterintuitive that these dichotomous trends, survivalism & feminism, will take hold at the same time, but, if you look at it from the venus-mars/cave-wave perspectives, then it kind of makes sense.

You seem to be looking for some kind of ‘unifying theory’ which will dictate, or at least strongly influence, trends for the next decade. I suspect you’ll be disappointed. The next ten years may see some or all of what you’re suggesting, but it will also see reactions against those trends, trends which result from things we’re not yet aware of, reactions against those trends etc.

This has always been the case. If you look at the examples you gave originally, yes the ‘50’s were characterised by US autos and big hairdos. But also by the Eames’ Lounge chair and Arne Jacobsen’s Ant and Swan chair and Saul Bass’ posters for Alfred Hitchcock. The 1970’s saw bands such as Abba, T-Rex, Parliament-Funkadelic, The Sex Pistols, David Bowie… all of whom are pretty much the antithesis of “more muted fashion”. Globalisation and the internet also mean that trends spread more quickly, more widely but also more thinly than in the past.

One thing that might help is to try to distinguish between micro- and macro- trends, as mgnt8 suggests. Micro trends are generally (though not always) shorter-term, ‘stylistic’ manifestations of deeper, far-reaching macro trends. So a bamboo laptop case is a manifestation of a growing awareness of the need for sustainable consumer products (in the same way that big autos and big hairdos were an expression of post-war America’s optimism and success). But if the plastics industry ups its game, and laptop cases from recyclable plastic prove to be more durable, lighter to transport, less invasive of virgin forests etc, you may see a reaction against the ‘natural materials’ micro-trend. The reaction will still be within the ‘sustainable products’ macro trend though.