Hi, does anybody have any recommendations for design relevant locations in Barcelona? Buildings, museums, and or pretty much anything to do with design in the city? Thanks.

I just dropped in there last fall… I only had a day so I saw the more obvious sights, but they were great. Sagrada Familia and Casa Milà (La Pedrera) are two big ones, the later has big museum within showing Art Nouveau furniture and artwork. Watch out for pickpockets when you go out at night

Thanks, are there any “hidden gems” that aren’t the obvious gaudi buildings that you might know of?

Smart Design have an office there, maybe get in touch with them.

The Market of the Ramblas is nice- most market buildings in Spain appear to have built around the same time in the same style- cast iron beams, big high ceilings.

If you can find the jail it’s pretty good (near Enteca metro, look up ‘barcelona carcel’ in google maps and look at street view). It takes up a full city block and could be easily missed as it looks like any other building except it’s covered in razor wire. My dads cousin worked there as a lawyer and lived in an apartment inside the jail. I stayed there in the early 90’s and we would be woken by the sounds of the massive doors opening in the cells. Women and kids would stay outside on the footpath and shout out to husbands and partners on the inside. You’d hear these shouted conversations: “HOW ARE YOU DEAR? THE KIDS ARE WELL, YOUR MUMS GOOD” and then this muffled reply from the inside “yeah, I’m good too, how are you”


The Ham museum is awesome, and the supermarket in the basement of the Corte Ingles at the top of the Ramblas has very cheap food and generic beer, 500ml for about 17 euro cents!! (or did a few years ago).

Ferran Adria’s ‘workshop’ is in Barcelona- 6 months of the year making food in ‘El Bulli’, 6 months of the year in the workshop developing the techniques to make the food. Anthony Bourdain’s travel show has an episode about him where he also interviews an industrial designer called Luki Huber who developed some of the tools Adria uses. He has a website http://www.lukihuber.com/ and you can buy some of the el bulli stuff FACES Ferran Adrià USA - El Bulli Collection

This is is Spanish but you can see some of the food stuff he’s done. The lemon squeezer at 5.40 is nice: 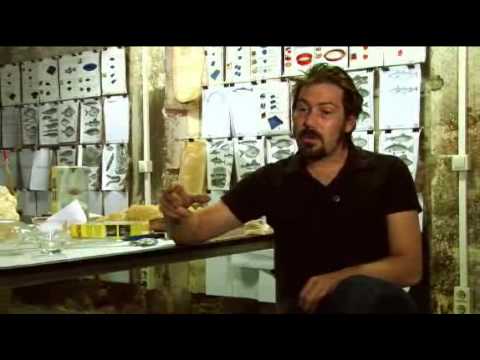 This is in French but Huber speaks in English: 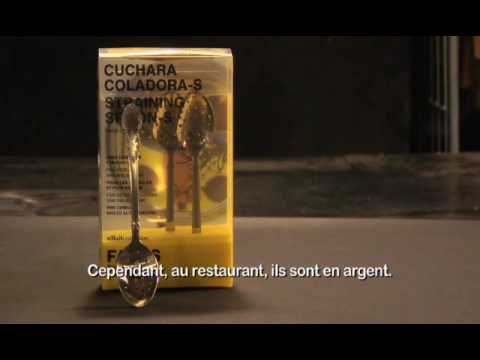 Definitely go by the Palau de la Musica (http://www.palaumusica.org/), so worth the guided tour! Walk through the area between Macba (also worth a visit), la Boqueria (market on the ramblas) and the Ramblas de Raval, it’s teeming with little strange stores, lots of vintage clothing but also nice little cafes and strange shops.

Man, I really wish I could go see the Casa Mila in person. I wrote a sweet paper on that in my modern architecture class. So unique and ahead of it’s time!

i am going to be in barcelona this christmas for a week,
any tipps on what to do in barcelona for christmas?
designwise und everything else welcome

and btw it would be great if you got some advice on cheap rooms, maybe some privates renting out?