The outgoing model was no looker, but this is indeed a Franken-Homer car! I would like to say at least one nice thing about it, but I can’t. Ok, maybe the steering wheel is decent. 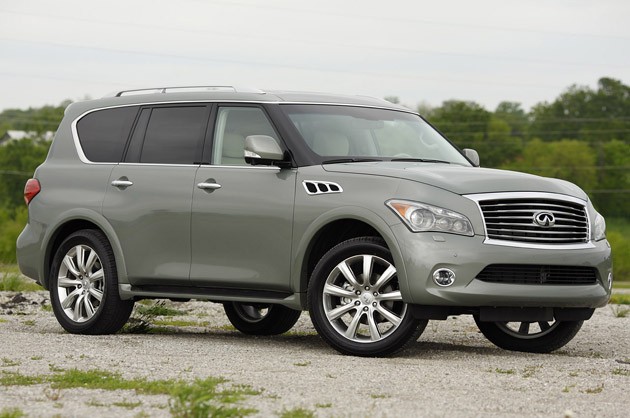 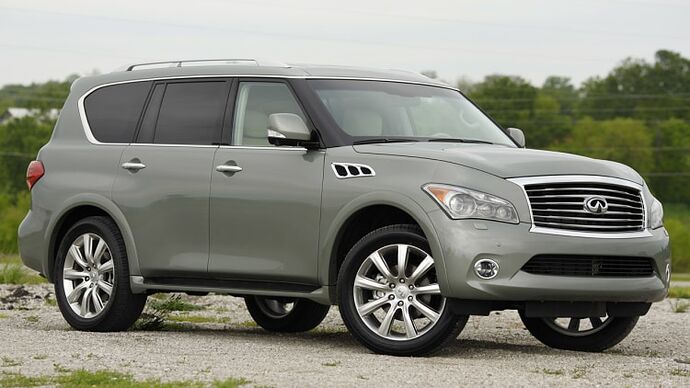 WARNING- each consecutive photo will make your eyes bleed even more!

What the hell? I feel like I need a sweater with puppies on it and a sassy haircut to drive that thing.

I’m with you on that one for sure R. The side air vents are the icing on the cake!

WHAT’S GOING ON? The forehead is so big. I don’t understand this. Chrome trimmed craziness. Windowed A-pillar. What’s up with the backside? I’m so confused.

Well, if LAND ROVER is working with Victoria:

why shouldn’t Nissan work with her:

I am sure they know their target audience. But I am not sure, why they didn’t go the full way
and presented this in pink and purple with a big hat.

Yesterday, I was about to hit Core and post this identical thread.

Normally, I try to understand what the designers were thinking, but I can’t figure this one out. It’s a complete abortion. The only defense I can add is that the interior is generically bland.

The worst part is that I really like the FX and thought that Nissan/Infiniti were making the best looking cars at the beginning of the decade. Between the GT-R, Maxima and this thing though…how the mighty have fallen!

Looks like they put in about as much effort at making it look good as the guys at Lincoln did with the latest Navigator (or any previous Navigator for that matter.)

That Infiniti is just horrible. I mean horrible. But, I can guarantee I’ll see more than a few cruising the streets of my city soon enough.

I reminds me of this monstrosity…

the previous one was nauseating. this is worse. just shameful.

ok, for a tie in thread, let’s all do a really really hot sketch of this exact car that tries makes it look good. Not sure if it’s possible.

So here’s a few minutes in photoshop. I tried to remove the “goofiness” but probably watered it down in the process.

Benny: you are a magician. I actually like the proportion of the greenhouse and the blacked out A pillar. I didn’t even see that with the goofy tail light hanging out and the drooping port holes. It’s almost as though the designers did a decent truck and then someone stopped by Pep Boys, spent $200 and pasted all kinds of ugly aftermarket crap to it. What a crime…

It looks sick, likes it’s got the mumps or it’s glands are swollen

yes this thing is definitely not to my liking. I would say generally the infiniti stuff has had an off kilter feel to it (in my opinion) but in a way that has made it different and not necessarily ugly, but this is just plain ugly, i dont understand the chrome vents… thats something GM would have done in 2006.

This is the ugliest new vehicle I have seen in years! The Lincoln and HHR are 100,000 times better than this!

I am afraid for Nissan. Very afraid.

I think we need to make a special trophy and send it to the Nissan design team. Have we ever had such a unanimously negative response to a vehicle in Core history?

The Aztec is 10 times better than this.

I’m sure no car designer would like to design a vehicle like this. Maybe marketing department of Infiniti pushed them to come up with such a bad design.

Oh my… Well, at least we can say they were brave and took a risk haha