In another thread, yo and rkuchinsky were discussing the lack of a place for a “designer review” blog. Cut through your typical consumer crap and focus on “designer” wares.

It reminded me I have my own idea for a blog, probably something out there already, but I’d do it for the sole reason of doing it. There was a fellow who recently passed by the name of Bruce Gordon. He built steel bicycles in his one-person shop. He was a bit jaded and at one point created something called SOPWAMTOS (Society of People Who Actually Make Their Own Shit). My idea for a blog is to highlight people who still make their own shit. Could be bikes, could be furniture, could be tools, anything design related, not art related. I swear hgtv had a show like that in the early double aughts called Modern Masters, but IMDB only has something done in 2010.

Anyhow, to get to my question, being an un-tech-savvy-old-timer, what would be my best platform to do such an endeavour? Must be plug and play, so easy an old person can do it, etc.

Have you thought about just making it an Instagram account? That might be the easiest thing to do, though not the best for in depth commentary or linking to creators.

Blogspot and Tumblr are also pretty easy. I dug up this article for you: 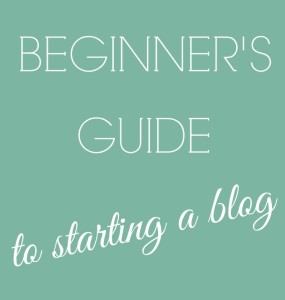 Learn to blog. Step-by-step guide to learn how to start a blog, choose the best blogging platform and avoid the common blogging mistakes made by newbies.

So easy even I can do it. Instagram is an interesting thought. I haven’t planned the format, or given it much thought to be honest. I think would help drive a platform choice.

Personally, I like people making a go of it, making new stuff. I do want the full story, not just the end product. Process can be just as good, if not a better part of the story. I’m not that interested in monetizing it. If that were the case, I’d spend way too much time focusing on the people behind the process/product. Back stories, conflict sells. I’m tired of that formula. Some real jerks make great stuff and some absolute saints make junk.

Have you considered becoming a contributor to an existing blog? I could see your idea work as a column work on Core77 or Makezine. That way you don’t need to set anything up and you have access to a larger audience!

Medium, Blogger, Tumblr and Wordpress are the usual suspects for free hosting. Squarespace seems pretty straightforward if you want a bit more ownership.