I own an old series Rover so the redesign of the defender is something I’ve been following. Just saw the first images of the concept car to be revealed at Frankfurt, and am pretty disappointed:

Used Land Rover Defender for Sale Near Me | Edmunds

Save up to $12,227 on one of 623 used Land Rover Defenders near you. Find your perfect car with Edmunds expert reviews, car comparisons, and pricing tools.

This would be a nice update to the freelander, and shares a lot of the design language of their lineup, but lacks the spirit of the defender. Granted redesigning a classic like the defender is near impossible. which has been fairly unchanged since the middle of last century, this is in my opinion a piss poor attempt. The only saving grace is the Land Rover comment saying they are doing a series of concepts to raise debate and determine the future path.

I agree with you. It reminds me of the FJ Cruiser versus the Icon 4x4. When you try to update a classic of simple engineering and production by adding design, you take away what made the original special.

It would be interesting to see what they would come up with if the brief was: Cheap, made in Britain, great off-road, no concessions to modern demands for comfort or design.

Agree, this would be a great Freelandet but is not a Defender.

It’s totally missing the gravity and visual weight of a proper Laaahnd Rohhver. Defender 90 is such an icon and this isn’t really even in the same ballpark. Maybe a Freelander as others have mentioned.

my favorite color, though the yellow is good too. 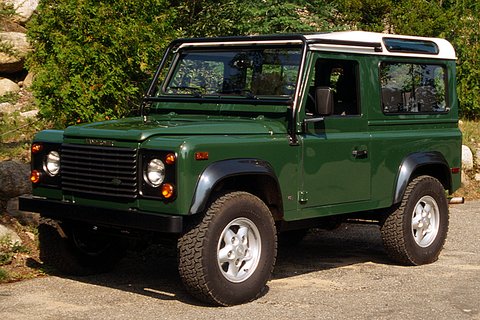 I have to say…

My sister-in-law lives at 9,200 elevation in Bailey, Colorado; 8 miles of twisty gravel road to get to her place. If ever there was a legitimate reason to own a 4WD vehicle she has one.

But if her dismal experience as a Defender owner is any testament to LR durability then I will pass on LandRover forever… She is a die-hard LR owner, but that machine does nothing but tax her ability to pay for constant repair work … she’s a single mom, with one left at home and the oldest entering the Colorado School of Mines this fall … she steadfastly refuses to rid herself of this abomination even though it has left her stranded more than once … dealer support is laughable in Denver. Remember, at 9,200 feet, we’re talking about a climate where you can DIE if you don’t make it home.

A Subaru Outback would have been a far better choice for her.

Land Rover has forgotten it’s heritage. Who cares if it’s pretty, if it can’t do the job. Of course, probably 98% of LR’s vehicle see anything more than wet streets… . . .

Looks like a fail.
*
It’s more a Skoda Roomster with a testosterone injection than a Defender:

They’d better have a strong look at fords Bronco Concept:

And the Icon 4x4s that Yo was too modest to post himself: 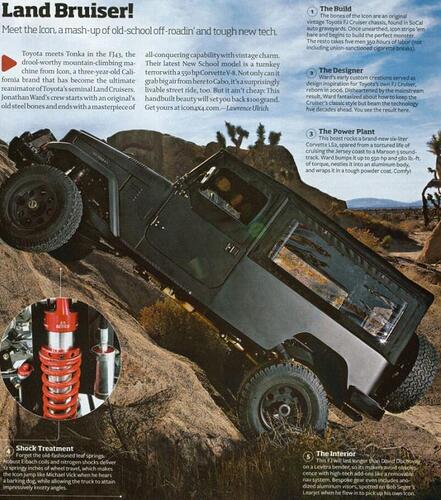 Lew: That’s the power of aesthetic. Just because it looks rugged, doesn’t mean it is. All of Land Rover/Jaguars products have reliability issues. Mind you, this is true for all of the Euro luxury marks. If I hear one more person tell me how great their BMW is, except for the software updates every 6 months that leave them stranded…ugh!

Definitely a blown Subbie would be great in Denver. Maybe Scott Bennett has suggestions too.

Well, I just traded in a rattling and squeeking 3-series for a new Audi A6, that started to squeal after 4 days.
*
I just left it at the Dealers booth for 3 weeks . “MAD”! Well you got me there…

P.S.: I don’t see much of an alternative though, which is a shame. Lexus doesn’t offer station
wagons and Infiniti doesn’t have any dealers over here. Perhaps I should go Quattroporte next.
At least it’ll look sexy sitting on the shoulder of the Autobahn.

Thanks for the props mo-i. While I was involved in some small detail design on the FJ (gauge clusters and such) and commissioned to shape the face of the CJs, the credit for the design and overall look and feel is due to Jonathan Ward, the CEO of Icon. It is difficult obhave that level of restraint. It takes a bit of a master plan and an understanding of how to shape a brand. Wait to you see the next Icon! I’m going to be at the shop today.

Also, I always thought that Bronco concept was amazing!

Definitely a blown Subbie would be great in Denver. Maybe Scott Bennett has suggestions too. 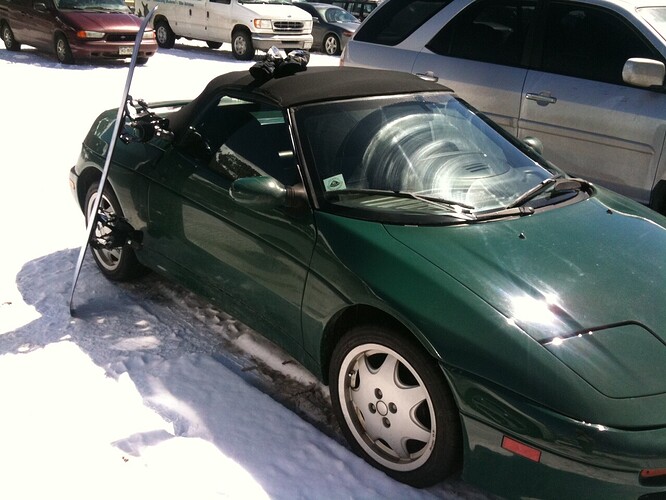 All of Land Rover/Jaguars products have reliability issues.

I’ve heard, for years, that if you were going to indulge in driving a Jag-u-ar that you need to own two; one to drive while the other one is in the shop… …

I can’t explain her steadfast loyalty to LR … except that it’s paid for. But given the problems she’s had with it combined with the mediocre LR service available in the greater Denver area I’m sure she could do better. Her son, from her first marriage, is an independent auto broker so it’s not like she would have a hard time unloading it and finding a replacement.

Must be a love-hate thing…

edit - Reselling it would be a travesty. It needs to be “repurposed”.

Scott: I think we are cut from the same fabric my friend. I almost traded my Focus in for a Porsche Boxster that I was going to drive year round (Montreal=6 months snow). Finally, I settled for keeping the Focus as a winter car and going with a Miata. Sometimes I wonder if I made the right decision…

I had a Miata as my only car for a few years. With snow tires they are awesome in the winter. Ground clearance is a bit low for the really deep stuff, but that’s rare here. It’s great fun driving around on opposite lock all over the place. I think a Boxster would be similar.

I’ve read a few articles on the new Defender concept. It’s interesting how in everyone they quote JLR people saying, “The Defender is even better off-road.” and “It’s not gone soft!”. It seems like they knew right away where the criticism would come from.

On the other hand, they did point out how manufacturing has changed. Apparently, the old Defender is very expensive to build in today’s automated factories. As I thought about it, I’m sure it is. Lots of fasteners, rivets etc where a modern chassis would just be spot welded together by robots. It’s worth considering that the next Defender will be rolling down a line with Evoques, Range Rovers, Discoveries and Freelanders. It’s hard to keep the line moving if you have an ancient Defender demanding twice the hand-labor in the middle of it.