Deathrace is to be filmed in Montreal this summer. Based on the 1975 movie Deathrace 2000 (Sylvester Stallone). I will be designing some cars.

Pre-prodcution started in LA and Toronto.

Congratulations! Good to see you back on the set as it were.

I am pretty excited to start on this production! Magic words: Race Cars and Racing.

That’s awesome to hear that they are doing a remake. I keep meaning to go find a copy of the original soon. Last time I saw it was probably on TBS about a decade ago. LOL I love that movie and Mad Max. I have fond memories of watching those movies when I was like 5 or 6 and drawing “killer cars”.

I’m sure you can’t devluge much info about the project, but are they going to try and use crappy 70’s cars like the original, or modern ones? Cars in movies like this really do have a big impact on the overal feel and aesthetic of the movie. Everytime a movie is supposed to be set “in the future” you seem to pay attention to whether or not they bothered to design “future cars” for the movie.

You have to leave the giant knife on the front of the Stallone characters car. Although you should try and make it look sharp this time and not like a 2x6 thats been cut on a bandsaw, then painted silver.

I smell the destruction of restorable MR2’s

" These are cars in the close future. They are built by ingenious practical convicts that are racing for there freedom (they have been told if they win 4 races they will earn their freedom). The risk of probable death out weighs the other options. The cars are constructed by a team of convicts that use what they can find and the skills they were born with. The technology is basic, although they seem to be able to get there hands on all sorts of guns. The cars are heavily protected with armor, and guns. The catch phrase “tech wreck”, “mad max like” have been used to describe these cars. “Industrial"l not “high tech”.”

“FOR YOUR EYES ONLY” 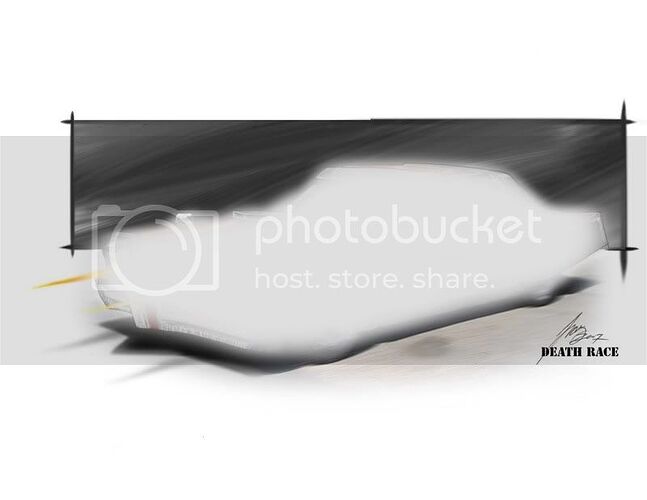 One of the concept illustrator actually beat out Harald Belker on this production. Harald started the concepts of the cars but the director didn’t like his stuff.

On my side, I have been given the task of designing the race car’s interiors. 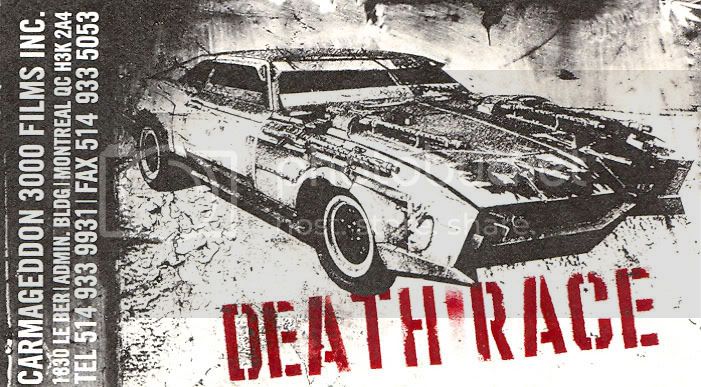 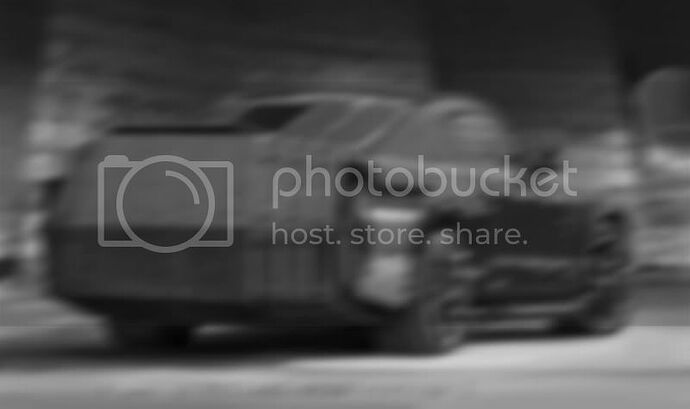 Wish I could be part of it

Deathrace is to be filmed in Montreal this summer. Based on the 1975 movie Deathrace 2000 (Sylvester Stallone). I will be designing some cars.

Pre-prodcution started in LA and Toronto.

Wow, your lucky!! I remember when that first came out on TV!! My parents forbid me to watch it but I did anyway!! Corny but very cool!! 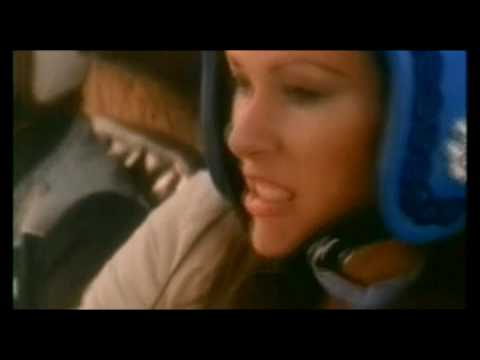 I cannot wait…anyword on who will be acting in this movie?

Also im so excited about this…

How can I be involed? 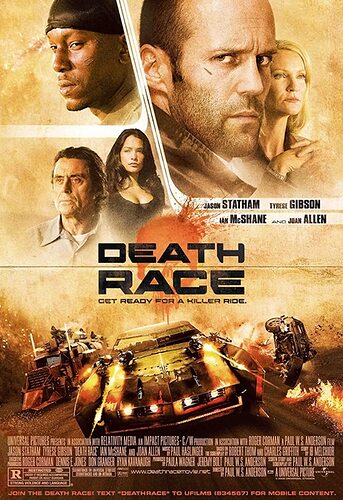 Death Race: Directed by Paul W.S. Anderson. With Jason Statham, Joan Allen, Ian McShane, Tyrese Gibson. Ex-con Jensen Ames is forced by the warden of a notorious prison to compete in our post-industrial world's most popular sport: a car race in which...

Sorry, they are on post-production. Release date is September 2008!

Statham will be great!.. I also say that they are making a spyhunter movie as well!.. are you going to work on that?

From the info I found, the director of DR3000 (Paul W.S. Anderson) is to direct SpyHunter due date 2009. I think it’s based on a video game?
Depending where it will be filmed, I sure hope to work on it!

sounds like u haVe a great in with that production house…