I heard about this story last night on the radio. Basically, music producers are starting to tweak music to sound good in MP3. The author argues that this has removed the depth of good music. I can’t do the argument justice, so read the article:

Design has made the iPod succeed, but at what cost for music? Any thoughts?

Screw That! Just come up with an 80 terabyte i-Pod!

I heard about this story last night on the radio. Basically, music producers are starting to tweak music to sound good in MP3. The author argues that this has removed the depth of good music. I can’t do the argument justice, so read the article:

Design has made the iPod succeed, but at what cost for music? Any thoughts?

is it really that surprising that modern pop music isn’t really about the music?
God I sound like an old man.

I’m too lazy to read the article, but I believe that mixing ALWAYS optimizes for a specific type of listening and audio setup.

My musician friend would always burn works in progress to CD, then drive around the block taking notes so he could hear what it sounded like in car audio systems.

My Distintigration album by the Cure says “mixed to be played loud so turn it up!”

the point is that it doesn’t sound better. cranking all the levels up makes the ranges weaksauce.

how about a lossless format like FLAC? or are the limitations with the ipod itself?

To be completely honest, the iPod isn’t the problem, it’s iTunes. As the article states, most of the downloads today are at a too low a bit rate to include the fuller range of sound that is available on vinyl or CD. The author says this doesn’t just affect new music, like Arctic Monkeys and Lilly Allen, but also affects reissues, like Elvis, which are remixed to make them louder.

Glad to see there are some other nerds out there who find this interesting!

I wish you had better control with itunes. I’d love to import in my music at full quality (for around the house), then let Itunes downgrade it for my pods. This would be nice.

Read this a while back - but it’s not a problem that will last forever. As bandwidth increases and storage costs begin to trickle down to next to nothing, I believe we’ll eventually see higher quality audio (quick someone trademark “HD MP3”) make a comeback in digital form. Most audio purists will stick to FLAC or other lossless formats when ripping music. I know my brother went back a few years ago and re-ripped his + his wifes CD collection (Probably 1000+ CD’s) all into lossless formats on their media center. Ridiculous amount of space it requires, but they can apparently notice it.

I’m not much of an Audiophile so frankly it’s often hard for me to tell the difference, especially now that I’ve become so used to listening to crap. Though my car has a DVD audio (5.1 sound) system and the demo CD they included with it is pretty unbelivable - especially when you’re stopped and don’t have to listen to the road noise.

A while ago I came across this test, which concludes that it’s practically impossible to hear the difference between losless audio or 160 kb/s VBR mp3 compression.

While I kind of believe that may be true, I also really do hear a difference when testing it with my own music.

There’s just so much other things that can decrease quality. The production/mixing, the soundcard, the hifi system/headphones, etc.

Some follow-up testing confirmed our suspicions: variable bit rate encoding makes a tremendous difference in the audio quality results, certainly enough to justifyâ€”many times overâ€”the slight file size increase. Capping the bit rate at 160Kb/s in MP3 files can be pretty harsh on a track, but allowing the bit rate to wander upwards during more complex passagesâ€”as variable bit rate encoding doesâ€”and throttle down during quieter sections captures an astonishing amount of complexity while keeping file sizes down to an impressive minimum.

I wish you had better control with itunes. I’d love to import in my music at full quality (for around the house), then let Itunes downgrade it for my pods. This would be nice.

Doesn’t iTunes do that?

I use iTunes for direct playback, ripping my CD’s at high quality 320 kb/s, then when I transfer tracks to my phone I downgrade them to 160 kb/s, using Disc2Phone (neat program I got with my SonyEricsson W880i)

another side effect of the whole download thing, ive been thinking about recently, is the death of packaging.

while arguably good in some sense (enviro), i’ve always enjoyed those CD packages that have some thought put into the design, graphics, etc. cant think of any examples off the top of my head (i dont think ive bought a cd in years- but im not really a music guy), but love good packaging design.

“[I use iTunes for direct playback, ripping my CD’s at high quality 320 kb/s, then when I transfer tracks to my phone I downgrade them to 160 kb/s, using Disc2Phone (neat program I got with my SonyEricsson W880i)]”

I don’t think so… ??. But pretty sure not. That other software you’re using might be doing it though.

I’m totally with you on the loss of packaging design. I remember going through my dad’s record collection and being so excited by the packaging. Some of them even had pretty decent size posters in them. Then you had classics like Sgt. Pepper’s. The LP was definately the best platform for album art.

As with anything, movement too far in one direction jerks the pendulum back the other way.

Hi Fi will never die…
and you can make that a bumper sticker.

I think the same percentage of listeners will be interested in Hi Fi audio as always… how many people were into Hi Fi when you were copying that copy of a copy of “Sowing the Seeds of Love” on a bad, beat up audio cassette? For the 85% of listeners or more that don’t care (and never have) the iTunes quality is still better than their old tape decks with dirty play heads, though a step back from CD… you gotta give to get I suppose.

Anywho, a lot of kids my wife has been working with have started collecting LPs for there sound quality, there was an article in Time not to long ago about it as well:

I wish you had better control with itunes. I’d love to import in my music at full quality (for around the house), then let itunes downgrade it for my pods. This would be nice.

I don’t think they want you to do that. I was thinking about buying a video iPod for work… er I mean traveling, and the sales guy said I wouldn’t be able to load my dvd’s onto it. Maybe not a surprise for all of you iFan’s but I really haven’t cared to keep up since I got my walkman phone, which I am not really amazed hasn’t caught on even though its amazing and counters my argument against heirloom phones.

I suppose “they” would like you to continue to buy cd’s for around your home, and mp3s for your ipod, separately.

You can import your own CD’s, you don’t have to buy mp3’s from ipod. This is because of the coding on the disc, not because of apple.

You cannot import DVD’s because the movie industry ensured they where all encrypted… so you can’t import them… unless you download a little grey market software called Timbuktu, then you can do what you want with the DVD you paid for.

They are not allowed to tell you that at the apple store. It pays to have a 23 year old brother. They tend to come hard wired with this info… and they collect LPs.

I did hear though that Apple has started to make arrangement with some movie companies to now include an ipod version of films in the package with DVDs. 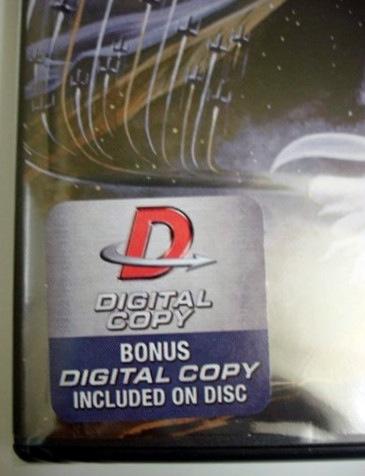 Where the failed promise of Managed Copy on Blu-ray and HD DVD left us all hanging, Apple, iTunes, and Fox have oddly picked up the pieces.

I do certainly find it interesting how lagging behind tech content companies can be, and how most people seem to underestimate the effect it has. For sure most people see the ipod video (touch/iphone, etc.) commercials and see video on the ipod, but in reality, its not that easy to get stuff actually on there.

up here in canada its even worse, as there are no movies on itunes, and only a couple of crappy tv shows. no NBC/CBS/ABC… i would love to get a ipod touch (or iphone, but they dont have that here yet either), but without easily accessible content, there really is no benefit…

I think they are comparable programs.

Don’t they play reruns of kids in the hall up there, or the RedGreen show?

Speaking of Canada stereotypes, how do you watch tv anyway? I didn’t know igloos had electricity.