I’m looking forward to this movie. 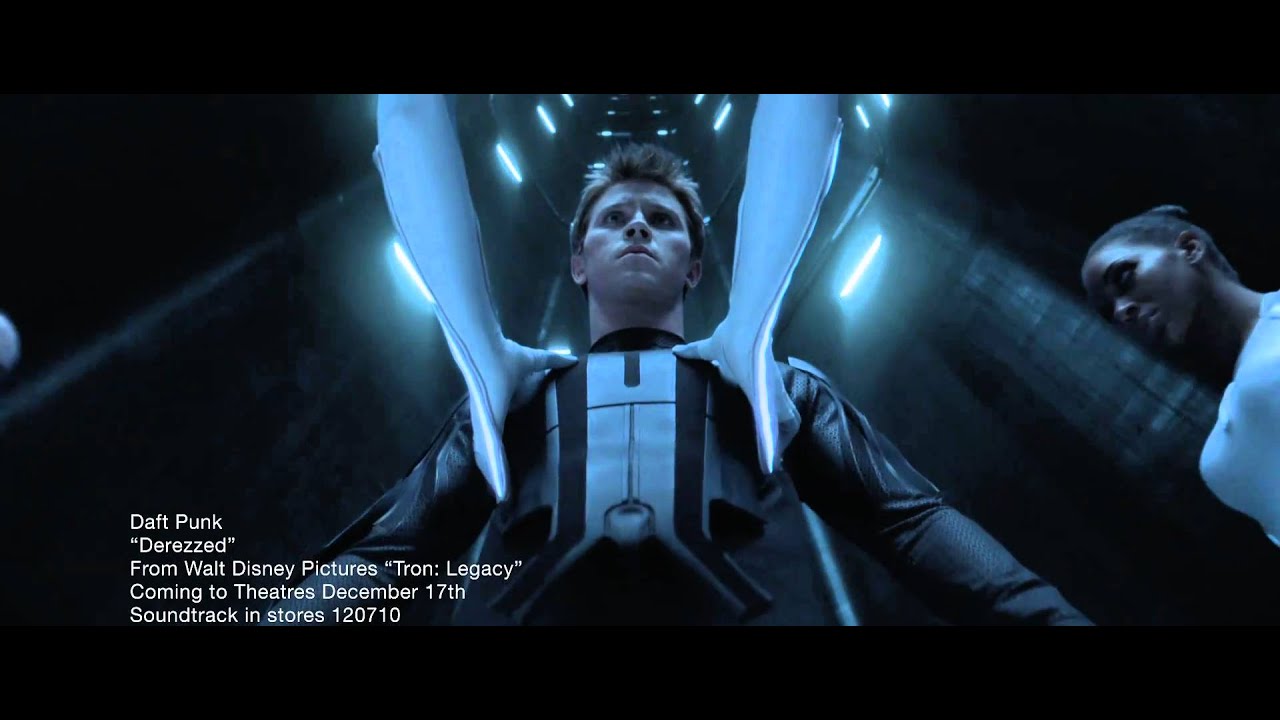 I need to order the LP of the soundtrack. I’ve listened to it a few times online, and it is fantastic. In a different way then from Virgin Suicides. Check out Primer Symphonies it’s neat.

I’ve listened to it a few times online, and it is fantastic. In a different way then from Virgin Suicides.

That was the band Air though. Both duos, both French but different guys.
Nonetheless, really good stuff!

I like the Tron stuff more then Homework or Discovery. For another French duo check out Justice.

Tying Tron and Justice together via streaking neon lights, check out the video DVNO by justice. 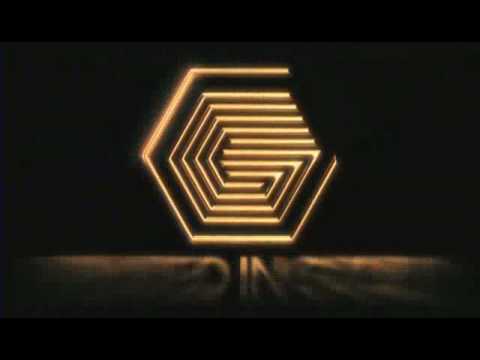 The soundtrack is pretty good I think. Really moody, which is good for the soundtrack. I’d like to compare it to the original.

Been listening to the soundtrack on repeat!

Most of the songs make me feel like I am getting ready for some kind of showdown.

I was expecting more ‘songs’ on the soundtrack, rather than score music. and the score music sounds pretty average, like other dramatic movie type stuff to me. So i have to say im not that impressed with the soundtrack, but the 3-4 actual songs on there i do really like.

Thought the movie was awesome too.

did you see it in 3D? I’m debating whether to go 3D or just IMAX big screen.

did you see it in 3D? I’m debating whether to go 3D or just IMAX big screen.

I think all the imax is 3d, I saw it 2d and am waiting to hit up Detroit or Chicago for the full effect. But I might crack and go see it at the lame theater around the corner in 3d.

Brett: those are the faux-imaxes. They just make the screen like 1.5x bigger. We have one in Pittsburgh too. It’s awful.

3d != imax. imax is a dome shaped theatre, not necessarily in 3d. Regular sized screens can be 3d (just need the film and glasses).

[MAYBE SPOILER?]
3. Corny lines - last line of the movie: “I’ve got something to show you”… I couldn’t resist thinking “yea… your penis.”.
[/SPOILER]

Yeah, it was amusing to watch but certainly wasn’t anything other than some new uses for special effects that IMO weren’t as rich or inviting as a lot of other movies. One thing I’ve come to notice that theaters seem to not to be doing is compensating for the brightness reduction due to the polarizing glasses. Tron felt very dark in general. I found myself not wearing the glasses for the first quarter of the movie since it was shot in 2D and the glasses just made it dim and blurrier.

Trying to create any logic of story line in the movie really just made me go “Wait they’re in the computer…now I remember”.

I guess I’m not old enough to appreciate the original, so maybe that burned this out for me.

Soundtrack had some sweet songs though and I agree with the last line. “I have something to show you too Olivia Wilde”

Yeah the “IMAX” that movies are showed on is not the same as the original IMAX Dome/OMIMAX, which is the domed screen. I haven’t seen any Hollywood releases played on those original screens, since typically the only places that have them still are museums.

Watched it in IMAX 3D. Definitely worth the 15 bucks, but yes definitely no oscar worthy plot, but I didn’t go in with high expectations on plot, if anything I thought the plot was a little too simple…

I thought the concept design work was pretty awesome, I thought the suits and helmets were pretty cool, lots of nice little details on the closeups and not as offensive/gaudy as I thought they would be. I thought they showed a lot of restraint and editing in the concept work, though I really wanted more screen time with some of the vehicles.

Did anyone see the 6 wheeled vehicle when Jr. arrives in the downtown city? It was just a background vehicle moving slowly out of scene but it was definitely an “ooohhh ahhh” moment for me. Looking forward to seeing some of the concept art come out and the DVD special features.

Soundtrack fit the movie perfectly and the Daft Punk Cameo was just icing on the cake.

It was a beautiful movie to look at and a trip to experience.

But I’ve been watching clips from the original and it’s pretty obvious that they weren’t taking nearly the same kind of risks. It’s like they were trying too hard to be taken seriously. Where are the mindbenders? The “what the hell did I just see” moments?

A perfect example is the light cycles. In the original, they made a statement by behaving unlike anything bound by “real world” physics. In this one it’s like they went out of their way to show us how realistic they could make them behave. Great for animator bragging rights, but boring! You be the judge: 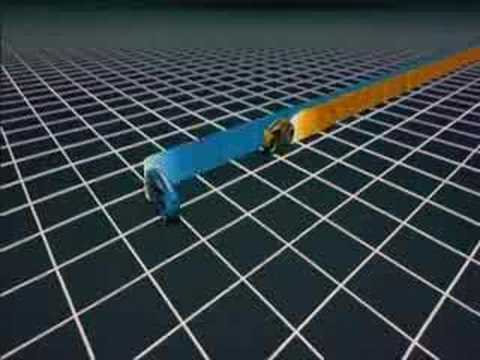 Too true, hadn’t thought about that. The originals behaved on a grid with no mass or inertia… the way a pixel would. The new ones behaved like motorcylces, stuff even had suspension…

Was fun to look at, a CGI and entertainment design tour de force… but like so many follow ups, not the icon mold breaker of the original. I still want to see it again.

Yet at the end of that video they can be seen turning like a motorcycle instead of a lightcycle.

I saw it in 3D. The last movie I saw in 3D was Toy Story 3, so as far as live-action tech goes it was a real treat. (Not to mention that I just got contacts and seeing a movie is like a whole new experience coming from glasses).

If you liked the first Tron as I did, you’ll like this one. It’s practically the same storyline (down to the train and getting to the portal) and I thoroughly enjoyed it. The soundtrack was awesome in the movie, especially Daft Punk bumping the clubs. Really cohesive blending between Daft’s techno and the score. I love the little hints of their sound that seem like they’re just trying to break free from the philharmonic.

I loved the movie! Maybe a little more realistic then needed but overall it was wonderful. Great music! The daft punk cameo was priceless.

If you want to see some more info on the lightcycle concept design then pick up the current issue of 3D Artist Magazine. There is a nice interview with Daniel Simon about his concept design work including sketches, 3d models & clay models. Pretty cool stuff. I think he did a great job of taking the classic syd mead designs to heart and working his own magic into the vehicles.

You can see his stuff here: http://www.danielsimon.net/

I loved the architecture in the film. Both Kevin Flynn and Sam Flynn had great living quarters. The all-white eames lounge chair is to die for. 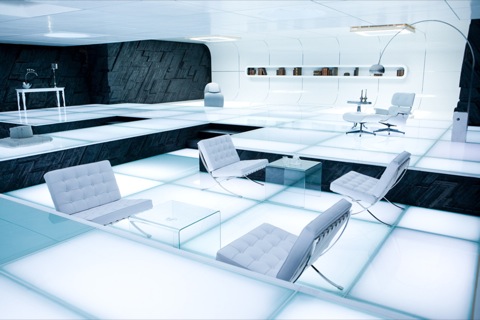 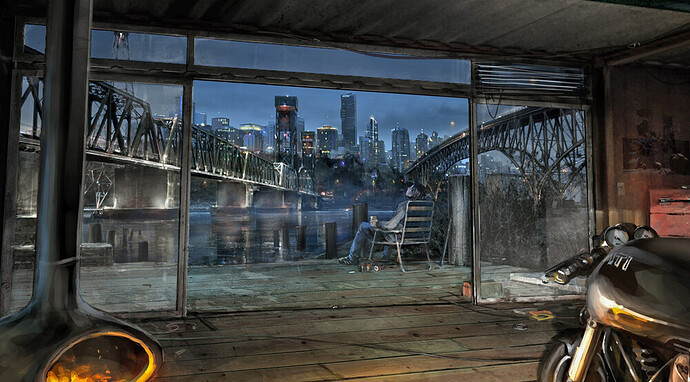 I loved the architecture in the film. Both Kevin Flynn and Sam Flynn had great living quarters. The all-white eames lounge chair is to die for.

I was drooling at Kevin Flynn’s living space. Loved it. Can’t we all get a little taste for just a minute?