I’m a current senior in DAAP’s Industrial program, working on my capstone project. I’ve been watching core’s front page for years but only made a few appearances on the forums, I’m aiming to change that by keeping this thread updated with the progress for my project. Any and all feedback is welcome.

My focus is on light. With incandescent bulbs being phased out by 2014 and CFLs having a bad reputation with mercury content and harsh light it seems LEDs are the energy-efficient solution of choice. But this changes very little from the consumer standpoint, which is odd seeing as this period of transition is the perfect opportunity to look at how we might change our interaction and use of light (there hasn’t been much change, other than new bulbs, in nearly 100 years).

So I began looking into the psychology of light and found that varying temperatures and luminance effect the brain differently. Warm and dimmer light allow for the production of melatonin, aiding in sleep. The cool end of the spectrum can do the opposite, keeping us awake and enhancing brain activity. So, we really want to have a little bit of both, our light sources should adapt and support our circadian rhythm rather than disrupt it. A circadian rhythm that is shorter or longer than 24 hours can induce insomnia, depression and even be considered a cause of conditions as severe as cardiovascular disease and cancer.

If you’re interested you can get the gist of the science behind it by looking at f.lux’s research page (they have a computer app that alters the temperature of your screen to throughout the day to help you sleep, not exactly compatible for design work sadly): 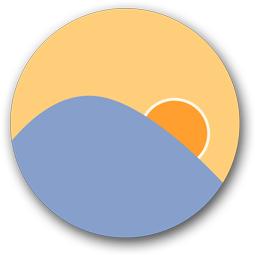 Software to warm up your computer display at night, to match your indoor lighting. 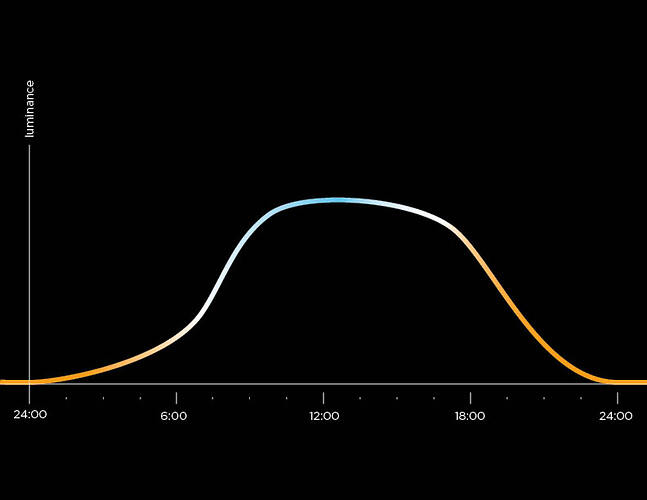 design requirements9.jpg792×612 17.3 KB
…and have a bulb, lamp and control system as my deliverables: 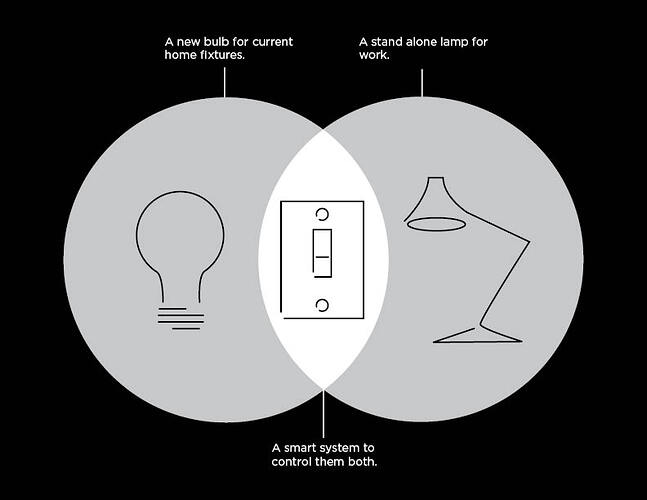 Love that you’re addressing light color, but that graph doesn’t make sense to me. Why would I want to be sleepy in the morning? Natural light goes cool->warm throughout the day, that seems like a good starting point. There’s also the idea of actively manipulating color temp to influence mood. Maybe a bright blue light session as an alternative to the post lunch coffee?

I think it’s going to be really important to think about exactly who is going to be using this system, and tailor it to their needs/enthusiasm level. I wouldn’t mind geeking out over tweaking a system like this, but I’m in a tiny minority in that regard.

I’m using warm light during any time other than daylight hours to mimic the warmth of firelight, and in the morning to keep from giving too harsh of a light when you wake up. And the light transitions to a fuller spectrum, notably containing cooler color temperature, because that’s what will best stimulate the mind. So, it’s not really following the movement of the sun precisely.

As far as a target user, I haven’t narrowed it down very far and I’m not sure it’s an issue or not. Who would you consider narrowing the scope towards?

I think it’s a really interesting topic. I do agree with Damien that focusing in one the user and outline the use scenarios is pretty critical. Thinking about my own personal use of light, I’m not sure I’d fit the user model since I’m using multiple lights during the day, work light, daap studio light, home light, there’s only so much time you spend around one light source, unless perhaps you worked from home.

Also is the light transition automatic or user controlled, If I’m trying to work into the night a bit to get something done can I boost the light temperature to stay awake? Or does this violate the whole philosophy of the system?

I’d be interested to see how the form of the lamp develops.

I’m confused. Are you designing a light or a light bulb? Don’t say both.

Backing up a bit, these seems like an odd topic for a senior thesis to me. What is your target proffesional job post graduation?

Physically, I’m designing a light source and the switch for it. The cycle of light and how it adapts to the user is the intangible side. The source could be represented by a specialized bulb or lamp, do you see the two as mutually exclusive?

As far as post-graduation goes, I’m looking for an entry-level design position at a consultancy. Is there something specific you see missing from the project scope that would help target my portfolio? 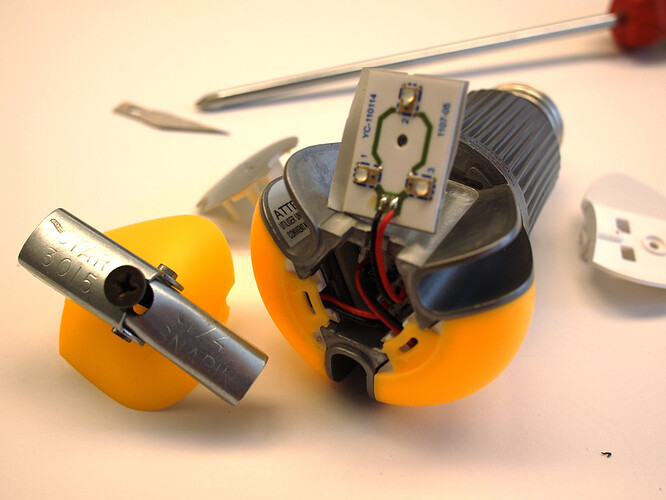 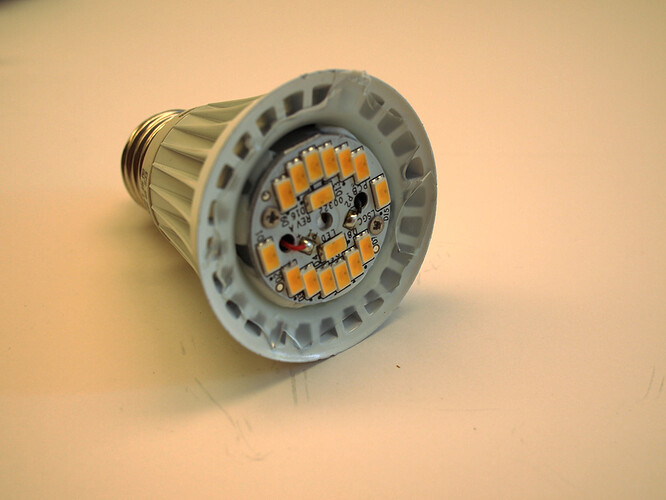 P4168185_b.jpg1008×756 130 KB
To get a better idea of what considerations I have to take when designing the bulb I took apart two LED bulbs currently on the market. Of course, I had to go for the Phillips. Generally, they have the same guts but laid out differently. The generic bulbs diodes face straight up into a glass dome (shattered into little bits before the photo was taken) and only provides light facing in a single direction. The Phillips seperates the LEDs into three sections facing outward with a plastic shell that diffuses the light out, upward and downward for a more even distribution.

The most interesting part however, is that the only component I see wearing out are the tiny little LED dots on the board. Why not turn LED chips into the new disposable component? A material such as carbon nanotubes (gecko adhesive?) could afford a reusable adhesive while being conductive enough to transfer thermal energy to the heatsink.

Component Analysis
Why not turn LED chips into the new disposable component? A material such as carbon nanotubes (gecko adhesive?) could afford a reusable adhesive while being conductive enough to transfer thermal energy to the heatsink.

That’s a cool idea, but some food for thought: That phillips bulb is going to last 8.5 years, assuming it’s used 8 hours per day (which seems like a pretty aggressive duty cycle for residential.) With the speed at which LED tech evolves, whatever replaces those emitters when they do burn out is probably not going to want to fit into that heatsink perfectly.

Maybe it’s too early in the design process to be poo-pooing ideas, but personally I’d focus my EOL ideas on designing for disassembly and recycling.