What process would you recommend for cutting some very fine detailed patterns into thin stainless?

I have been told by some laser cutters that it is too detailed for them (a very fine mesh). Could this just be that their machines aren’t capable and it’s worth contacting some more companies - or is laser cutting just not great for very fine work? What are my other options? I have heard of wire EDM and acid etching. Not sure which route to pursue. Right now it is for prototyping, so I’m hoping for something with little setup costs.

Those are two good options for small detail, I would think EDM machining cost would be higher. I think someone mentioned before about vapor deposition, but I don’t know much about it. What are you tolerances for this, how small a mesh?

Try photo etching. That is how a PCB is made. You can get super fine detail. Plus it is fairly cheap to get the supplies to do it yourself.

Not knowing your tolerances, you can try laser cutting from a medical device vendor. They can do much finer work than a typical laser cutting shop. Try devicelink.com for a vendor.

It’s been a while since I did any photo silk screening, but the technology probably has not changed that much. You can do etching on a small scale as well.

A couple of basic points on photo-etch process.

1- You will want the emulsion side of your artwork negative to be directly against the photo-sensitive resist media on the material to be etched. The thickness of the carrier film, that the negative is on, can allow light to bleed under the “edge” of the image, leaving a ragged edge on your etched part.

2- Use the sun to expose resists for photo etching or photo screening, as the sun is pretty much a point source light and you get no diffusion with it. UV lamps have to be used much closer to the film and you risk diffusion.

Chemical etching is cheaper than laser etching, but uses nasty stuff (if you’re concerned). Since the resist for chemical etching is photo cured, the detail can get as fine as your screen (about 0.004" stroke width). The chemicals don’t etch straight side walls, but they won’t leave burn marks like a laser. How big is your production run?

You might want to run it by a Direct Metal Laser Sintering (DMLS) vendor. It’s like SLA, but metal, and you can get it in Cobalt Chrome Stainless. Being a RP process, there is no tooling, and while the material is a little more expensive than a standard SLA resin, the main cost (as with SLA) is time. If you’re part is pretty thin and the area is small enough to fit on a DMLS machine table (check with vendor), then you might just be able to get away with it.

It would be nice to see a sample of the mesh pattern and a few dims.

errr… how thick is the stainless?

Thanks so much for the replies everyone. The project has unfortunately been put on ice (hopefully only temporarily) but I’m happy to have learned about some new processes.

I was at the MDM yesterday. Saw micro water jet cutting. Pretty cool. 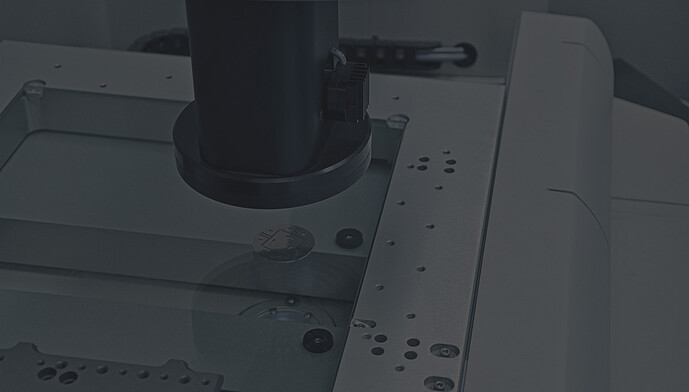 I was at the MDM yesterday. Saw micro water jet cutting. Pretty cool.

Cool link. A good friends is metal sculptor and swears by water-jet over laser… said the cuts were so much nicer for the same price

Water jet is nice, you don’t get the burn marks that you sometimes get with laser cutting. I feel like you probably don’t see as many sheetmetal houses water jet cutting because a laser machine can double as a welder. More bang for your buck

MDM is MD&M. Medical Design and Manufacturing. It’s a pretty sweet show. Definitely worth some googleage

I’d actually say many more people gravitate towards water simply because of the cost and pseudo-environmentally friendliness. It’s cheaper to operate a waterjet vs. laser cutter. And a laser cut/weld combo is much much more expensive to purchase/operate and not every machine can do it. If you’re just cranking out cut parts all day, you’re not going to have a multi-axis laser welder on your table.