( its a small handheld inspection camera, with weatherproof housing and compact construction being important elements. Not completely designed for manufacturablility yet either… )

what does this camera have different from the already existing ones? graphic-wise i think the lens is nicely detailed and looks almost real whereas the body of it is a little too plain and you can tell it was done by software graphic design software. basically i think the two parts don’t seem to fit together well.

I detailed the internal parts pretty carefully, including the lense, so I could make enclosures realistically around them… Thats why the lense looks different

The camera body was sort of quickly fleshed out, so it’s not quite as detailed…

its sort of a fun exercise for a friend with a camera company, just wanted to see what kind of advice might come out of sharing it

How are you here are my comments/questions and suggestion:

1.What is the scale? We often hear the words “hand held” but know one seems to put the object next to a hand to give us a sense of scale and ergonomics.

2.What is the end goal for this product…You said it is supposed to be hand held and used for the outdoor inspection. Is this a security camera? I am interested to know how this product could and would be used. That will often determine materials, colors and form.

2.Why the choice of keeping the cord?

Please feel encourage to submit more work. You are off to a great start and I hope that you take the info ( good and bad) from everyone and use it to motivate you. Take care and let me know if this helps…

Thanks for posting. Its cool that people are starting to share work:

I would love to see what types of objects are driving this aesthetically. What is inspiring the forms?

It seems to be composed largely of negative forms like the main cross section through the body, and the negative curvatures that taper to the cord. I usually find these types of forms make an object look anemic. But maybe you are playing with this?

Also the two pods that flank the lens look tacked on as do the two buttons. Is there a solution that nicely integrates all of these things in a single form language?

Here is something to look at for fun: 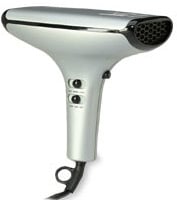 Hi, thanks for the comments…

Diameter of the lense is roughly an inch - you’re right, it really should have a hand to show the size. The whole thing is around the size of 2 golf balls.

the cable…Its a USB cam for an inspector, connected remotely to a laptop. I probably shouldn’t elaborate too much

dated is coming up a bit, can you elaborate on why exactly? I was kind of aiming for a Saarinen Tulip Table -ish asthetic, maybe it is dated but I definitly think his stuff is classic.

Its a little self concious to post, but I’ve got a thick skin and would really like to get some outside perspectives on mini-projects

I don’t completly understand what you mean by Anemic, but it does have some concave and convex areas.

I was trying to skin the insides as tightly as possible, but still look sleek - not a compact square block on a cable… Its roughly the size of a flower bulb and has the cable “stem”, so I was trying for an organic look. Ideally it would offset the industrial look of the cable plug

Im with you on the “tacked-on” look for the LEDs and buttons, they’re a placeholder for better ideas. I was trying to keep an organic-ish streamlined theme - for looks and function. the real product gets dropped into holes, etc, and can get caught on things…

By anemic I mean those type of forms can make something look kind of sucked into itself. When done just right though they look great (as in the tulip table), just a lot harder to pull off than a blob or a teardrop form.