the Dictionary says…
Made - verb

“1. to cause to come into being, as something unique that would not naturally evolve or that is not made by ordinary processes.”
“2. to evolve from one’s own thought or imagination, as a work of art or an invention.”

“Made in China” clearly explains what happened. The product was “made” in the country of China. Leaving companies and customers with the known fact it was “designed” elsewhere.

Even if the word “made” doesn’t translate to “manufactured” exactly, the entire World public knows that it is the actual translation for this application. Its known that the product was manufactured in China.

“Created” is more of an ambiguous blanket term. Was the first dream of this product in China? Were the first sketches made in China? Was it designed, developed, user tested, and 3D CAD modeled in China?

It sounds like the term is suggesting a bit of design and development credit.


Think of the two phrases…

One is much more credit heavy.


Hell, the route word “Create” is used to describe religion “Creationism”. Its not called “Madeism”.


So- now there is two ways to look at this…

To me “created” = Everything from design to production definitely done in country X.
“Made” for me = Manufactured in country X (does not completely exclude the possibility that the product was designed there as well)

Many products sold here in Japan proudly advertised as “Designed in Italy” and so on. Considering modern day vocabulary, “Designed” might give a stronger impact than “Created”. The difference between create and made is too subtle.

For me, it really comes down to this…

“2. to evolve from one’s own thought or imagination, as a work of art or an invention.”

That is what Create means.

And that is not what a factory does.

It’s like taking an oil painting masterpiece to a local frame shop, and them putting a sticker on the back that says “Created by Ted”.

Too much ambiguity and credit implied.

I’ve never seen the phrase “created in country so-and-so” being used. Is this something new?

Personally I would say that made is where it’s manufactured and designed is where it’s, …ehm, designed. Like The cheaper GT Bicycles: made in Taiwan and designed in California (or that was the case when I was still up to date on bikes).

For my “created in China” would be: both made and designed in China.

Everyone turn over your iPhones and read the small print:

Designed by Apple in California. Assembled in China.

It’s become in vogue to attribute your design genesis to a desirable location and distance yourself from the location of manufacturing. Apple even went to granular level of using the state and not the country.

It of course depends on where you are. In the US “Made in …” is required on all imported goods, by law.

I agree that created in is very ambiguous and is sometimes true and sometimes not.

Let me throw out an example to see what people think. I am guessing I will get answers from both sides which shows the ambiguity.

There is a company in Shenzhen that created cell phones that have two SIMM card slots. The company found a target market in the Hong Kong/Guangdong area that carried two cell phones. Originally one was for Hong Kong and one was Guangdong telephone systems. Later one was for work and family and the other was for mistress. The phone fits a target user group very well.

So does this deserve the “Created in…”?

Now thats a smart design move. I have about ten business cards with the contact’s HK cell # and their Guangdong cell #. Makes perfect sense.
I’d say that the “Created in China” is a fair use here for this example.

However, there’s really three things to be considered here…

#1.
“Designed in…” (other option could be “Developed in”)
clearly informs the customer which location the product was designed in

#2.
“Made in…” (other option could be “Manufactured in”)
clearly informs the customer which location the product was manufactured in

“Designed in USA. Created in China”

“Designed in (state). Created in China”


This way companies can choose to do nothing, and have China more or less claim design credit for their product.
Or they can boast where there product is designed, which is the opposite of what this “Created in…” phrase will do if nothing were done.

Just curious, on what products have you seen “Created in…”? I’ve see (and have used) “Designed in…/Made in…” fairly often, but I can’t recall seeing “Created” on anything. And on another product, I’ve taken “Made in…” all the way down to the city level. I like my city.

I agree, the term “created” is ambiguous, but so is the origin of most of the stuff on the market. How about this situation: US based importer sends over sketches, outline specifications, and maybe roughly detailed drawings (probably loosely copying an existing product). Chinese factory does all detail design, builds the prototypes, and manufactures the product. Where was it “created”? That’s probably the typical workflow for most of the stuff that’s “designed” here.

On the C77 frontpage…

World Design Congress - turn “Made in China” into “Created in China” 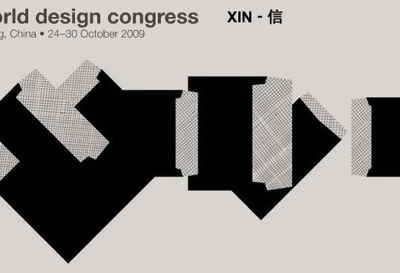 Source: CCTV.com"Made in China" will be transformed into "Created in China." The [Icograda] World Design Congress, praised as the "Olympics of the design world" will be held from October 24 to 30 in Beijing. It will be the first time that China has...

“Made in China” will be transformed into “Created in China.” The [Icograda] World Design Congress, praised as the “Olympics of the design world” will be held from October 24 to 30 in Beijing.

“Created in China” usually means “Ripped off frome Someone Else”.

That place is like the wild west. They don’t give a flying f*ck about protecting designs. I have Chinese catalogues chocked full of fake Barcelona chairs, Egg chairs and just about every other famous design you can think of.

That’s the biggest problem the Chinese have with design. If anyone in China creates something cool, they get instantly copied with total impunity.

Now I see the context of the term.

In the context of an event that centers around China’s arts and culture, labeling a Chinese opera performance “Created in China” wouldn’t cause much disagreement.

However, in the context of industrial design, where bits and pieces of a product is often cross-referenced, labeling a product “Created in China” would be inappropriate unless if the product have deep connections with the Chinese culture such as the dim sum steamer (and maybe The Mistress Phone).

It’ll take a while before the term “Designed in China” would add substantial positive impact to a product’s profit margins and sales. If anything it would be “Proudly Ripped-Off in China”.

Just look at Japan. It took them decades before a Japanese engineered car sounds more desirable than an American engineered car. No?

I re-read my first post, and I don’t think I was clear, it just looks like a rant.

All products that are produced in China will now legally be changed from “Made in China” to “Created in China”.

90% of the products you see from here on out will have this new phrase, replacing the old one.

All products that are produced in China will now legally be changed from “Made in China” to “Created in China”.

Maybe I’m being obtuse, but I’m not getting that assertion from the posted article, or the original article it links to. It’s just a vague, Chinglish press release about a conference. Is there another article I’m missing? Google turns up nothing.

I don’t see how the Chinese government could possibly enforce such a mandate anyway, considering that they can’t enforce even basic product and food safety standards. They couldn’t care less what we print on the cartons, as long as our wire transfers go through.

“Created in China” usually means “Ripped off frome Someone Else”.

That place is like the wild west. They don’t give a flying f*ck about protecting designs. I have Chinese catalogues chocked full of fake Barcelona chairs, Egg chairs and just about every other famous design you can think of.

That’s the biggest problem the Chinese have with design. If anyone in China creates something cool, they get instantly copied with total impunity.

I’ve had multiple experiences in China where I was asked to almost copy something because the retail merchant in America/Europe (and I’m talking about REAL big box stores here) saw something interesting somewhere. They thought it’s a great idea to ask us to just slightly modify it so that they can call it their own.

There are also instances where I was asked by the American/European retail merchants to design something out of acrylic instead of glass. I will always challenge them to reconsider since glass do much less damage to the environment than acrylic. But at the end of the day, rather than spending more upfront money, time, and risk on designing something made of glass, they would go with the easy way instead and take the gold bars home sooner.

While on the topic of transitioning from Made in China to Created in China, here’s a programme in Hong Kong next month that also addresses a similar topic:

Wish I could attend, but it’s a bit pricey.