hi all * does anyone know of good programs in europe or the US offering footwear design courses with a practical hands-on approach? not on BA or Master level, more like a diploma, part- or fulltime.
I do already have a thorough design education with a focus on graphic design and many years of work experience. however, I am considering a change/shift of careers and like to focus on footwear/accessory design in the future. * any hints appreciated. thanks a lot.

try “Noble” footwear course…An old UK shoedog by the name of frank jones teaches it in 3 days in ny boston, LA every few months…he advertises in the back of “footwear news” the trade magazine

I wanted to do it but have been too busy, maybe later this year if he comes back to boston…

Actually Jiggy you’d be wasting your time and money. I don’t recommend it if you have any experience in footwear at all. A certain company I was at sent the designers and developers to the one in LA. While it was informative it really did not shed a whole lot of light on the actual front end process at all. More to the point it was more geared towards the process of shoe manufacturing rather than the process of creating manufacturable shoes. Yes there is a difference.

You could get it by walking thru a factory with your sample maker and asking questions. Or better yet ask your sample maker if you could make a pair at the factory–they look at you like you are nuts just to even ask but usually allow you to do so.

For the newby it could be beneficial, but it depends on what you are trying to get out of it. It is run by a “Shoe Dog” and the guy has forgotten more about shoes than I will ever know; but like all Shoe Dogs he does have a certain view of the process that may not give you the whole picture. So if you are new and would like to understand the process of manufacturing then it’ll be great. But if you wnat input on design and development of footwear then its negligible.

well relativ, I thought it would be helpful; for the person who made the original post as they have a design background but not in footwear…its probaly an interesting and not cheap 3 days but not targeted towards athletic footwear design or constructions right? Besides i already work with an old UK “dog” and man he is ornery when he gets his drink on!

Yes, I was luring you away from that money pit,…not the new designer.

I actually relished working and listening to curmudgeonly shoe dogs. I often aspired to become one of them but I realized my liver just would not be able to handle the heavy drinking that was often brought on by designers and our nutty ideas…

Since you’re on the topic…there aren’t any schools in the U.S which offer a BA of footwear design, yes?

B: Fashion institute of technology(New York) offers a BA in footwear design

there is a fashion institute in london that runs a 2 month shoe design course in the summer.

I havent been there so cant personally vouch for it, but have heard good things. There’s another too i think around London, but I dunno the name.

For what its worth, lots of the footwear designers I know (and me!) actually have only an ID background, and have just got into footwear one way or another. Personally, I think a more general design education like in ID is very beneficial in opening up the thinking process to not get you boxed in.

Afterall, if you know how to design, designing a shoe or a power tool is actually quite similar. Both problem solving, just different problems. Nobody goes to chair design school to specialize in chairs do they? (and yes, there are a lot of bad chairs out there, i know…)

I studied there and it’s a great course for going into big industry. The other course in London (famous because that’s where Jimmy Choo, Manolo Blahnik, Patrick cox studied is Cordwainers, now owned by London College of fashion 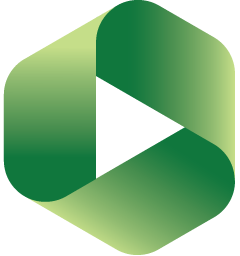 I do think if you are going into footwear, you will have more chance of suceeding if you take a course in footwear. Especially if you are not going to design sneakers, because most companies outside of athletics expect you to be able to understand pattern cutting and know how to make shoes by hand, so you can amend patterns in the factory. I’m talking about European companies here.

I think you would also struggle if you were going to be freelance and didn’t understand shoe contruction because so many companies expect you to do everything, not just come up with concepts. If you design shoes that look amazing but are impossible to produce, you won’t go down too well.

The London College of Fashion have a footwear degree which includes a one year placement within industry.

i got into the footwear biz through an Mdes degree in Transport design, you can draw parallels between tthe two - 3d visuals and dynamics, line continuity etc. the course stood me in good stead for what i do now ( course covered plastics and process’ etc) but there was ALOT of on job training… A friend of mine did an HND at leicester in footwear development back in the day didnt do him any harm.