Obviously the LNY extended shutdown impacted many global companies who work with Chinese suppliers, and the travel restrictions have made communication a little more difficult.

We ordered prototypes just before LNY from a proto/machining house in Guangdong, ended up having to cancel the bulk of the order and find USA domestic sources for the protos plus did some in-house. The Guangdong supplier just said mid-last week they are open with limited staff but are taking orders, so we sent them a smaller batch of models for machining in aluminum. The cost savings are considerable and we also wanted to test to gauge their real capacity. We will Clorox-wipe the packages inside and out - wonder if that does anything.

Due to the tariff nonsense of last year, our inventories for parts imported from China is pretty good, but an extended shutdown of the supplier factories won’t be good for our lines (or anyone else’s, or Wal-Mart and Target). We can find other domestic or global sources for certain motors, but I could see entire product lines disappearing with enough disruption. Toys for example. Consumer electronics. Product lines that just aren’t feasible anyplace else. I read some of the car companies source parts from Wuhan which isn’t up and running.

We aren’t attending FIBO, the largest fitness trade show due to travel restrictions and the desire to not be gathered in huge confined groups. FIBO is tiny compared with behemoths like MWC.

Somewhat reassuring to remind oneself that the bulk of the fatalities are Hubei specifically, Mainland China in general - though I can’t imagine what life is like for citizens there now, must be rough. King County WA (where my company is located) has a couple of cases and two confirmed deaths. Seattle is pretty spooked.

I had to cancel a client trip to Korea just 2 days before leaving. Better to be safe and I didn’t want to run the risk of being quarantined on the backside coming home (best case) or even worse contracting or spreading it. Though I have a lot of friends who are still traveling for work.

My company just cancelled my customer visit in Milan.

Over here in Germany all trade shows for Cologne and Dusseldorf have been “delayed” for an unconfirmed timespan.

Our sales in the industrial sector are tanking due to a lot of friction in the supply chains.

The official facts about cases in Our Region and what is via word-of-mouth are not coherent don’t know what to believe.

Starting to deal with business continuity discussions - employees working remotely, people not coming in if they have any indication of being sick, and travel restrictions.

For my current org it’ll mostly just impact sales folks, but we just finished a large trade show and attendance was clearly down as a result.

Work-wise, we’ve pulled out from attending trade shows and no one is traveling. We’ll likely see some issues getting lighting materials in the coming weeks/months depending on where things are manufactured.

At home, I’m mostly trying to keep my wife from panicking about my kids.

At home, I’m mostly trying to keep my wife from panicking about my kids.

You too, huh? We all watch too many movies related to worst-case scenarios…

Schools are closed in our district for one day this week so the staff can get some valuable training, and all the campuses can get disinfected.

Just saw that the FIBO trade show has been postponed until fall.

Well, yes. But wouldn’t think those are in addition to the third-world problems? Or do you think a deadly virus discriminates between worlds?

I just got back from Italy, Milan area on business a few days before the issues there. And I thought I was lucky I wasn’t going to China any time soon.

Anyone experiencing any delays on goods coming from China due to import restrictions or issues other than fty slowdowns after CNY?

PS. My wife also is reading too much news and is concerned about our 5mo. old baby, even though we both barely leave the house…

I’m bummed the new James Bond movie has been delayed until November.

My CEO banned all travel until June. Pointless to try making appointments with clinicians in the summer. Then there is the typical we aren’t hitting op income in Q4 and cut unnecessary expenses (travel is #1 on that list). So that gives me half of August and all of September to get customer input on a dozen projects in a half dozen countries.

Good thing I haven’t entered my performance goals yet.

Life is pretty normal in Montreal. I only travel once a year, so no effect for me yet. Although, my family was planning a trip to Phoenix in June and we’re not wondering if there will be flights, or what the border strategy will be.

Re: 1st world problems. I saw on Twitter that schools were cancelled in Lebanon to avoid people gathering. The Lebanese went skiing en masse instead. The world is flatter than we think.

Our local school district has suspended school starting today for “up to two weeks”. My kids will be using a ‘distance learning’ strategy, courtesy of Google apps. (sigh) I didn’t imagine this was how their digital identities would begin to be formed.

Our Q1 sales in Asia are obviously … not great.

Our local school district has suspended school starting today for “up to two weeks”. My kids will be using a ‘distance learning’ strategy, courtesy of Google apps. (sigh) I didn’t imagine this was how their digital identities would begin to be formed.


first project to get pushed indefinitely (client based in Asia)

Obviously this has effects on the ability of the most vulnerable to get access to essentials. Though this morning I witnessed a group of people calling out someone buying a whole sleeve (around 90 rolls).

Here’s a solution to the toilet paper shortage, raid the supplies closet at work.

what if you work for yourself 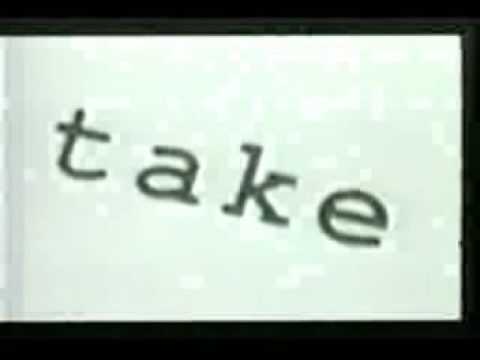 Just had HR cancel all non essential travel (basically salespeople still get to go on planes if it means making money), all interviews will be conducted remotely, and office visitors are no longer permitted. Plus they’re instituting a clean desk policy so that it’s easier for them to wipe down all the surfaces each night. I kept wondering why I came in every morning the past few days and my monitor/mouse/keyboard were all mashed around.