Core77 one of the worlds most influential blogs

Article in i09.com ranking the worlds most ‘influential thinkers’:

Ranking the World’s Most Influential Thinkers

By using a network analysis similar to the page-rank algorithm used by Google, Swiss researchers have compiled a “Thought Leader Map.” As their results show, the era of the great authorities appears to have come to an end.

This is the abstract from the study (“Coolhunting for the World’s Thought Leaders”):

“A novel “Thought Leader Map” shows the select group of people with real influence who are setting the trends in the market for ideas. The influencers in philosophy, sociology, economics, and the “hard sciences” have been identified by a Delphi process, asking 50 thought leaders to name their peers. The importance of the influencers is calculated by constructing a co-occurrence network in the Blogosphere.”
Here is the ranking of the blogs, and Core77 comes in 11th: 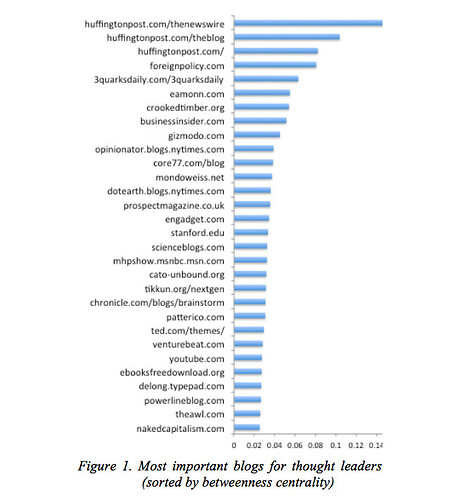 More important question: how influential are the discussion boards?

More important question: how influential are me?

Sure you can watch a Ted talk, but you also see a pack of 8th grade boys haze a 6th grader on a school bus.

Without down-playing the achievement, the “Delphi method” is a whole lot of a certain type of people, nominating their peer group - so by its nature it’s self selective.

Also there might be a bit of "keeping up with the Jones’ "; how many people who own a copy of “A brief history of the universe” have actually read it?

This forum specifically got mentioned in Wired in a similar list, if Oprah mentions core it’ll win the trifecta.

That’s it, I’m adding “thought leader” to my resume!

Sounds like something you get endorsed for on Linked In.

That’s it, I’m adding “thought leader” to my resume!

Modern Man is an advocate for thinking for oneself, which is rather ironic considering that he can barely maintain full command and control over his own mind.

Wired lists the DISCUSSION FORUMS as one of the most influential design sources: 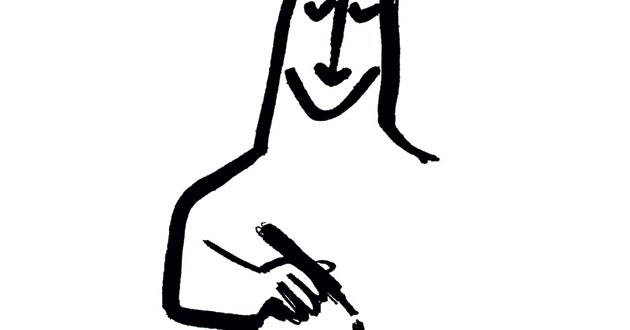 101 Signals: The 18 People Who Will Tell You Everything You Need to Know...

To paraphrase Steve Jobs, design isn’t just what it looks like. It’s how it works. These sources break down the way design works--what’s coming up, what’s going down, and what you need to pay attention to.

Core77 MESSAGE BOARD
This is still where industrial designers go to hash out big challenges in actually shipping products. The collective wisdom runs deep.

It’s good to see that lightweights, like me, only pull us down to 4th.