I am wondering if Gui’s can be copyrighted/protected in some way.

If this is the case, it makes it hard to build on users previous mental models. I.e. when no one else is allowed to use the File/Edit/View bar and everyone has to use a different approach to achieve this same goal. 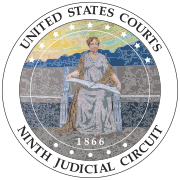 Apple Computer, Inc. v. Microsoft Corporation, 35 F.3d 1435 (9th Cir. 1994), was a copyright infringement lawsuit in which Apple Computer, Inc. (now Apple Inc.) sought to prevent Microsoft and Hewlett-Packard from using visual graphical user interface (GUI) elements that were similar to those in Apple's Lisa and Macintosh operating systems. The court ruled that, "Apple cannot get patent-like protection for the idea of a graphical user interface, or the idea of a desktop metaphor [under copy Apple...

Amazon famously patented the “one click checkout.” But it was recently struck down, pending appeal: http://tech.yahoo.com/blogs/null/53302

What you say is true, but the purpose of any business is to make money, and creating a differentiated/valued user-experience is a great way to do that. Honestly, the only reason that UI’s are so similar is that people allow them to be (Apple for instance licenses the one-click privilege from Amazon.) I think there’s a lot of infringement out there that’s simply un-challenged because companies aren’t valuing their IP enough.

I think there’s a lot of infringement out there that’s simply un-challenged because companies aren’t valuing their IP enough.

Probably because it is way to expensive to start such a case, especially when this is international. Try to start a case against a website hosted in China.