Recently at ICFF I stumbled upon the Cinto Chair by Human Scale. At first sight I thought it was Herman Miller’s Caper. I guess I don’t understand how one company can blatantly copy another’s design. Has anyone else seen this chair? Also, how does ID magazine give the chair an award? I Understand that there is enhanced performance via a flexible belt,but if you’re going to make an innovative chair why not make it look different than the competitors? Any thoughts? Any other examples of one design being very close to another? 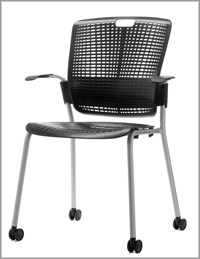 It happens ALL the time. Some companies go there with the sole purpose of finding designs to rip off.Here’s a good example. First image is the uber-expensive E15 table called Big Foot. The original. 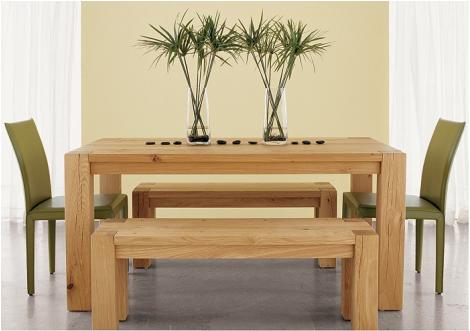 Some cases are more obvious than others.

Form follows fashion. In the past, furniture designers would open their new catalogs with what they deemed the style that would prevail for as long as, well, it could stay in style.
The Herman Miller Caper adorns and reconfigures the standard chair, but it might not be considered the end of possible styling in the direction of that design. Still, it marked a style, and a fashionable one. Others will follow that statement of fashion, and can do that within the limits between originality and copying.
It’s doubtful that a design patent or a copyrighted design for the earlier version would preclude the later version.

I think that it is very common, especially in consumer electronics. I agree with you though, it is an odd choice. Maybe it is an homage.

the way this is an homage?