Copying? or just another shoe design?

And I was disapointed, yet rather intersted in these FOX (moto X racing company) trainers that are a very similar to a Nike air Max 90

It made me feel, like why did they do that. Why didn they come up with something new, something that screamed Moto X and said abit more about them as a brand. Surely if your going tospend 80 euros on a pair of kicks that look like AM90 then you wold just buy AM90

in the words of Peter Griffin “I dont know but this really grinds my gears”.

have a look for your self & disscus

But then I’m still buying 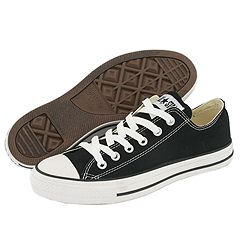 I totally agree with you Hotmix, i think many of us on the board could write a thesis on this topic. But i ahve seen alot worse than those, at least they tried to get creative on the upper, but yes the outsole is pretty much a knockoff. As my boss says to me “its the shoe industry”, its never gonna change.

Alot of companies, (maybe fox?) liscence their footwear out, so it may be designed BY the facroty itself, or by some company that really doesnt value design so they just knock off popular stuff, there are alot of reasons this stuff happens. We shoud start a thread on here of knockoff shoes.

Growing up in shoes like the AM90 i love that style and love athletic shoes and often try to take influences from them into what i do, but a knockoff is a knockoff.

Like you said why wouldnt you just buy the original if you like the way it looks. But some consumers i will never understand

Almost 100% sure the Fox footwear is a result of a poorly thought out licensee agreement. This is pretty common these days. Brand A gives the license to company B. Company B sources some off the shelf footwear and slaps a logo onto it. Often the distribution is in C level retail channels or even in other markets. There are tons of brands that do this, but I always wonder why as it severely degrades the brand value…

I know with certain companies they have to show a certain amount of growth each year or the axe falls and heads will roll.
Sometimes the licensing is a result of that (shareholders must be obeyed) other times its part of the organic / strategic growth of the brand.
Personally I didnt mind some of the Fox footwear, esp when it first came out… Maybe its a bit sort of straight forward action-sports standard ops, but for what it is, i thought it was ok http://www.foxhead.com/us

It does the job. (or it looks like it does, im not sure what the sales were like)

Sometimes I wonder how the situation could be any different, what with such a small handful of companies having so much power and influence, they really drive the direction of the market because they are so good at what they do… how could these smaller brands NOT follow suit in order to survive / give their customers what they want…?

The simple fact of the matter is that the majority of consumers do not want groundbreaking design. A lot of the time they want a toned down / cheaper version of what the popular, more expensive brands are doing.

I like it when a company takes a popular category or product and puts a whole new spin on it, sort of re-invents it with their brands handwriting & DNA. Not saying thats whats happening here, just my five cents in the tip jar.

Upon looking at notke’s link of their line I do think that the outsole on that original trainer is really the only bad example in the line. They have alot of original stuff on there. Its one thing when its a cut EVA sole or a vulcanised sole, not really much you can do there to differentiate from whoever did it first, but on a molded eva with rubber bottom like that they could have made it less like the nike.

I also agree that alot of times people want a version of ‘whats hot’, but its our job to come up with new stuff and hopefully create the next ‘hot design’, otherwise we will just have 100 versions of slightly different chucks, AF1’s & 574’s. Well we already do have that but at least we still have truly new stuff as well.

Like you said the key is to put a spin on it. But with that said in the corporate world i have had to modify original designs to make the shoes “more like so and so’s” to please others than myself at times.

It looks like it’s been licensed out to some footwear sourcing company somewhere and they’ve slapped a logo on whatever they’ve sourced. No design input.

I spend alot of time of licensed product and the companies you deal with are vastly different in what they will ‘tolerate’ from a licensee.

Sometimes you are just facepalm when you see a product. I worked on a kids character licensed range. The character in question, cute, pink, girly. I went to the licensors office for a meeting where they showed me a product from an old licensee (whose contract had not been renewed). They were slapping injection moulded patches with this character on onto what looked to me like boys pseudo technical sports sandals. Awful. Didn’t even change the colour, to a girly pink one. The sad thing is that with a bit more thought, everyone would be happy, as the brand dna would remain intact and the sales would be better.

It’s true what Notke says, most consumers don’t want anything unusual or groundbreaking.

But, I remember reading an article about Merrel and their iconc product the Jungle Moc. Their fortunes changed when they ‘stopped copying Nike,’ according to the Merrel person who was interviewed.