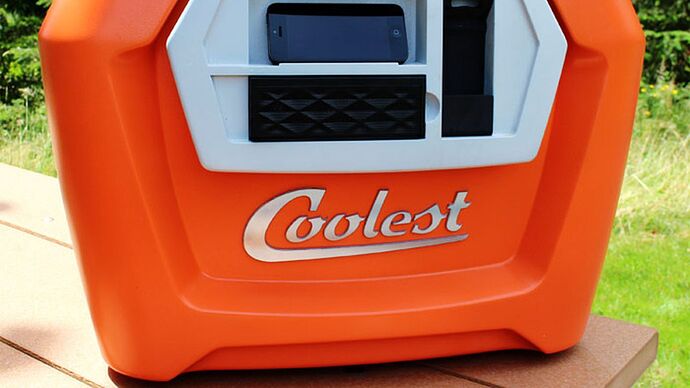 Coolest, the company behind a popular Kickstarter-funded cooler, is now selling its product for $499 on Amazon in an effort to raise enough money to continue producing new units. The news may...

Trouble on Kickstarter as two massive projects hit the rocks

Coolest starts selling its fancy beer cooler on Amazon to ‘keep the lights on’, while Zano just goes bust

As someone who has been burned by kickstarter (https://www.kickstarter.com/projects/1782458858/the-limbal/comments) I know how these customers must feel.

It is a shame that such a hyped up kickstarter project has failed (from the look of it); but hey, that’s the crazy kickstarter world we’re living in today. Maybe people are getting a bit too ambitious.

I’m still loving my deck of exploding kittens, looking forward to my replacement calipers from Flint studio tools and got some use out of my jot pro. All in all kickstarter is a pretty fun way to buy something, but we’re more often seeing where it can go wrong.

I feel bad that, I believe, the backers don’t understand the risks of these projects. Without a firm retailer commitment or sales channel, these products are always going to be difficult to deliver on.

Everyone needs to know if inventing something and becoming a millionaire was easy, everyone would be doing it.

I don’t know why this is hard to understand.

I still don’t get the appeal of the coolest cooler. Everyone knows that whenever you need a cooler you have all this other stuff you have to take anyways (specially if you have a family) so why try to cram everything into a single package? My feeling is that if I had it I would have to buy a separate cooler as well.
I think it’s a mix of bragging rights and supporting somebody else’s work. It’s delayed instant gratification with an uncertainty factor. You pay for it in advanced and you feel good…but then you have to wait and hope it gets made. I still haven’t seen anything on Kickstarter that I feel merits this.

Examples like this seem necessary to help level out the allure of being a miniature venture capitalist.

From the outside, at least, it seems as though someone didn’t manage their investment very well and whichever product development firm(s) was (were) involved might have taken some liberties on their monthly invoicing!

Making stuff is hard, we can all appreciate that as professionals.

I suppose the real question is - how many kick starter projects fail vs conventional “Startups”. I would have to imagine the ratio for kickstarter projects is still lower than the traditional capital strapped startup that never even gets off the ground.

It’s not much different than what went wrong at Quirky - only so many products are going to succeed, and ultimately Kickstarter/pre-sale capital is not much when you consider it has to fund your BoM, your R&D, manufacturing, and every other business support service, and then you’re still expected to make a profit after.

The fact that people get upset about it is just a sign of not reading the fine print as mentioned, or not understanding that product development is an inherently complex and risky proposition - which is why having no second source supplier for a blender motor is a big problem.

I’ll just have to go back to blending my own margaritas while I camp.

Reading fine print is not a solution, unfortunately. Even assuming that it’s a burden you want to assign to the user, you’re also relying on the creator to write it. Most failures that I’ve seen are due to ignorance, not malice. First-time creators don’t know what will go wrong until it goes wrong. Add the irrational optimism necessary to even get yourself started, and you’re going to disappoint yourself as much as the backers.

With the Coolest, an engineer will look at the power needed to crush ice, and the power supply, and cringe. The failure is not so much that their supplier is on strike, but that the part is difficult enough to make at acceptable yield that they were tied to a single supplier. That’s nothing to speak of the quality once it’s used in the real world. Kickstarter won’t limit the complexity of projects by first-time creators, but creators should do that for themselves. Coolest’s real failure is mismanaging risk. They apparently didn’t hire the right people to fix the design flaws, or tied themselves to a design they couldn’t walk back on—and compounded with really low margins at the Kickstarter price, the dollars they raised are golden handcuffs.

An engineer might be able to see the technical challenges, but expecting backers to is unreasonable. At best they know that all the functions are possible individually, so why not together? Absent a complete technical education, backers should learn to ask the question, “If this is such a good idea, why hasn’t it been done before?”